Everyone in Stockholm is urged to wear face masks at all times in public transport. Photo: Janerik Henriksson/TT
The Local
[email protected]
@thelocalsweden


A couple of law changes and other things that are worth being aware of – here's what changes in Sweden this month.

Table for one or four? New coronavirus rules in Sweden

New coronavirus measures begin in Sweden on March 1st, affecting how customers use restaurants and cafés.

Under the new rules put forward by the Public Health Agency last week, only one person should be served in restaurants and cafés that do not have their own entrances. This means that you should eat alone at restaurants located in, for example, shopping centres and larger department stores, where the entrances are shared within another space. The rule doesn’t apply to children or people in need of support. This ties in with a Public Health Agency guideline, which states that people should go shopping alone.

All restaurants and cafés in Sweden will also have to close at 8.30pm and may not open until 5am the next morning (the maximum limit of four people per group still applies for these restaurants). Takeaway will be allowed at these venues after 8.30pm.

You can read more about the new measures HERE.

Norway allows Sweden and Finland’s commuters back to work

Day commuters from Sweden and Finland are now, as of March 1st, able to travel to work in Norway again, as long as they take a Covid-19 test every seven days.

After Norway tightened its entry regulations on January 29th, almost all workers from Sweden and Finland who commute daily to Norway have been prevented from going to work, with the exception of health workers and people transporting goods.

This has had significant consequences on a group of around 3,000 people who have been unable to work. The Norwegian Institute of Public Health (NIPH) now believes that a weekly coronavirus test is sufficient to reduce the risk of infection for this group. 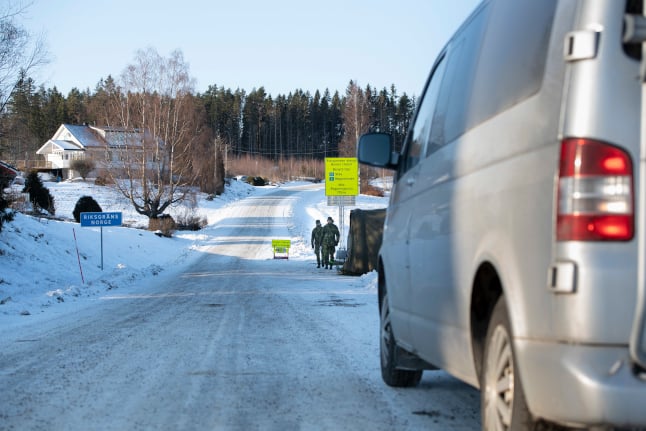 The Swedish government is working on new regulations that would give it extended power to close down certain venues under the country’s temporary Pandemic Law.

This includes the possibility to close down more businesses, such as all retail venues (though there would be exceptions for essential businesses like supermarkets and pharmacies), hairdressers, gyms, restaurants and venues for private events.

These powers are meant to come into force on March 11th, but this doesn’t mean these places will automatically close on March 11th, just that the government would be able to implement the measure from that date – if the coronavirus situation deteriorates further.

Anyone found guilty of theft through breaking into someone’s house should be sent to jail for at least one year, and no more than six years, according to a new criminal offence in Sweden. It means that the minimum punishment will be tougher than for aggravated theft (six months), to take into account the violation of the victim’s integrity.

This comes into force on March 1st.

A prosecutor should be able to ban a person from visiting a certain shop, if there is a risk that they would commit a crime there, for example theft, vandalism or harassing the staff. A decision would be made at the store’s request, and can be tried in court.

Anyone who breaks such a ban could be sentenced to fines or jail for a maximum of six months. The new law comes into force on March 1st, and parliament has also urged the government to put forward a similar proposal for swimming pools and libraries.

Sweden will turn its clocks one hour forward at 2am on March 28th, but it could be one of the last times this happens.

The European Parliament last year voted to end the traditional changing of the clocks in spring and autumn from 2021, as The Local reported at the time. However, it should be noted that we have reported several times now that it may be one of the last times, so don’t hold your breath – in the end is up to the European Council, made up of the leaders of member states, to have the final say and it has not yet made a decision. The Swedish government has said it is not against ending the practice if there is broad support in the country or parliament.

In a Europe-wide survey in 2018 some 80 percent of Europeans voted in favour of stopping the clock changes, with most people appearing to prefer to stay on summer time rather than winter time. A separate survey in Sweden suggested that two thirds of Swedes would be up for ditching the seasonal time changes.

Several Swedish regions have introduced regional coronavirus measures, that are slightly tougher than the national rules and recommendations. These vary between regions, depending on how the outbreak is developing, but a common recommendation is to urge everyone to wear face masks on public transport at all times, not just rush hour. Many of these regional guidelines are set to expire in March, but they could also be extended.

Keep up-to-date with the regional recommendations via Krisinformation’s website.