It has only recently become possible to get tested for Covid-19 at Stockholm's Arlanda airport. Photo: Claudio Bresciani/TT
The Local
[email protected]
@thelocalsweden


Confusion over Covid-19 tests and how EU citizens are treated at the Swedish border – these are some of the entry ban concerns EU diplomats have raised with the Swedish government.

“They are more radical than the strongest Soviet customs official you can imagine,” one EU diplomat told The Local about Swedish border officials' interpretation of the rules.

“We underline the need for free movement restrictions to be non-discriminatory and proportionate, and we urge member states to align their provisions, more closely with the commission recommendations that we have jointly agreed, and review [their] rules on free movement,” The Guardian quoted a Commission spokesperson as saying.

EU citizens are allowed to enter Sweden, but they must show a negative Covid-19 test in Swedish, English, Norwegian or Danish, unless they can prove they are covered by a series of exemptions, for example if they can show they live in Sweden. No more than 48 hours may have passed between the time the test was taken and the point when the traveller crosses the border.

For people travelling from fellow EU member state Denmark, as well as Norway and the UK, even tougher restrictions are in place, with entry to Sweden not allowed even with a negative test result, except for citizens or residents of Sweden as well as those who fall into other exempted categories.

The diplomat said some of their country's citizens had been denied entry because their original Covid test was not in English or a Scandinavian language, even though they could show a certified translation.

One Gothenburg businessman told The Local that a friend had been prevented from passing passport control at Landvetter airport. The man had travelled from another EU country to visit his daughter, and had a negative Covid-19 test result.

When border police stopped him entering Sweden due to the certificate being in the wrong language, the man contacted a registered translator and received a stamped official translation of the test result in English – but police would not accept this and the family had to return home after spending almost 24 hours at the arrivals gate in the airport.

The diplomat who spoke to The Local called for more flexibility, saying that some travellers had been stopped because external factors such as flight delays caused them to miss the 48-hour window by small margins. They said some were detained for up to 72 hours before they could turn back. 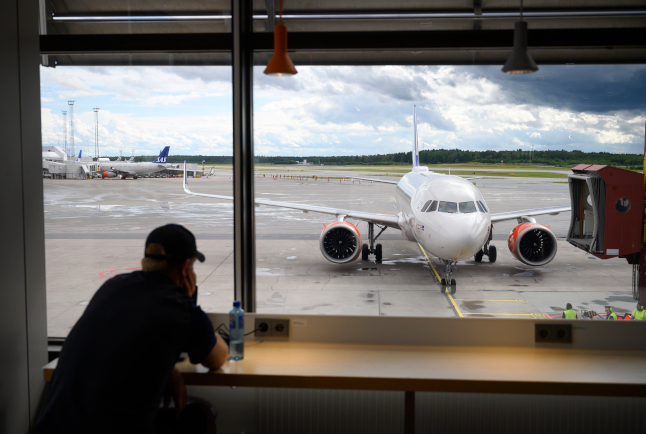 The Swedish foreign ministry confirmed to The Local that “a few, around three” EU countries had been in touch to raise the issue of the entry ban and Covid-19 tests.

“The embassies raise questions about how the exemptions concerning Covid tests should be interpreted, which tests are valid and in which language the tests should be, and how their own citizens are treated at the border checks,” a foreign ministry spokesperson told The Local.

The Local contacted all EU embassies for this article. Of the ones who got back to us, most said they had not received any reports of their citizens held up on the border.

One diplomatic source said any problems had likely been avoided because according to their own regulations for international travel, passengers who would not meet the Swedish entry requirements would not have been allowed to board planes, while another said it did not anticipate problems because rapid tests were available at its airports for outbound travellers.

Another diplomatic spokesperson told The Local “the number of questions received by the embassy regarding entry requirements to Sweden has remained on a reasonable level throughout the pandemic. This also applies to the new negative test requirement.”

Another said they had been in touch with the Swedish foreign ministry to request that “appropriate conditions are provided to people who had their entry in Sweden denied because they do not fulfil the test requirement criteria and have to wait for a flight back”, after one citizen had raised concerns after being held up at the border before being able to return home.

One embassy said it had not raised the matter with the Swedish foreign ministry at the time of writing, but said it had received complaints from its citizens regarding the requirement that the test should be conducted a maximum of 48 hours prior to arrival. “Many citizens had their tests expired while waiting for a border check in Sweden,” they said.

So how do Sweden's entry requirements compare with other EU countries?

Sweden is not alone in introducing restrictions for EU residents despite the bloc's freedom of movement. In fact, the requirement of a negative test in order to entry was introduced significantly later in Sweden than most other countries, and many countries went further than Sweden and banned even their own citizens from entry without a test.

But the conditions of the test requirement vary, both in time, type of test, and the implementation of the ban.

Several other EU countries require a negative test no older than 48 hours, including Italy for example, while Denmark is stricter, only allowing tests taken within the last 24 hours.

However, countries count the hours differently. In Spain, the 72 hours are counted between the time of testing and the scheduled arrival time, meaning that flight delays wouldn't mean a traveller was turned back at the border, while in Italy the test must be taken no more than 48 hours before departing for Italy, simplifying the process for those with longer journeys such as by ferry.

How travellers without test results meeting the criteria also differs. Arrivals to Spain without a test are taken to a health centre, for example, but the country has also asked airlines to ensure at boarding that passengers have the right documents, while Denmark offers rapid testing on arrival.

Some of the diplomatic sources asked not to be identified. In order to protect their identity we have chosen not to name any of our sources. In total we spoke with or received emailed responses from 16 sources for this article, including the Swedish foreign ministry.