The pandemic has exposed weaknesses in many countries, including Sweden, and it is a strange time to be living far away from family. The Local's contributor Richard Orange reminds himself of why he chose to make this country his home.

I am in Sweden by mistake. Like many other foreigners, I got dragged here for love, on the promise (I might even go so far as to say, downright lie) that it would only be for a year or two.

I look with something between fascination and horror at true Swedophiles: those who came after developing an obsession with Sweden’s social democratic model; those who have concluded that Sweden is the world’s best country after a thoroughgoing analysis of international statistics; those with an unhealthy obsession with Abba and Melodifestivalen.

What I find most frustrating is the consensus culture.

I miss being able to have a passionate, barnstorming argument about literature or politics, where voices and tempers get raised, but you’re all still friends at the end of the night (which I concede may be less possible in the UK post-Brexit than it was when I was growing up there).

So to witness the way the consensus on coronavirus has developed over the past year has been agonising.

The media’s unwillingness to raise the really big questions until well into the autumn; the public’s acceptance of a performance from the government and its agencies which compares very poorly to those of other Nordic countries, it confirms some of my worst preconceptions.

But as I see the tone get ever more angry and disdainful, I’m finding myself wanting to defend Sweden.

It is still, after all, a fairly well-run place. So here are ten things about the country which are actually quite good.

That fathers are more or less expected to stay home with infant children for as long as six months, and sometimes more, is where Sweden really stands out (along with the other Nordic countries).

The country’s 480 days shared paid parental leave, at as much as 80 percent of your salary for 390 of them, has huge knock-on effects for gender equality, and for the way the family functions.

Instead of the mother sacrificing their career while the man continues more or less as normal (which has happened with just about every straight couple I know in the UK), in Sweden both partners make time for childcare.

I feel very fortunate to have been able to take half a year off to look after both my son and my daughter.

People born and bred in Sweden perhaps take it for granted, but it would have been very difficult to do in the UK, and I feel it has given me a very different kind of bond to my children.

So thanks for that, Sweden. 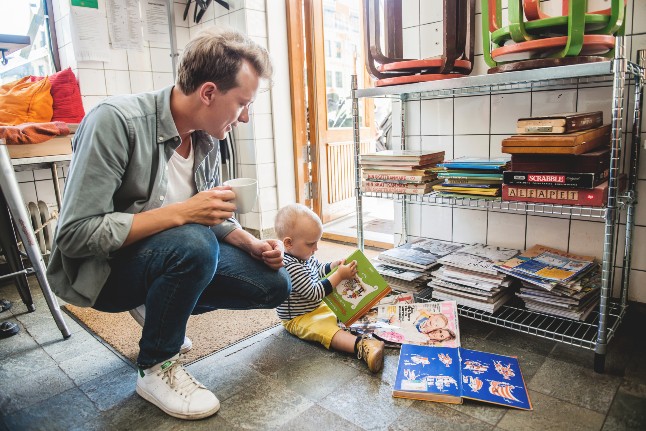 The ‘lagom’ approach to work

One of the knock-on effects of Sweden’s more gender-equal parenting is that no one, male or female, is expected to work really long hours. Of course there are exceptions, but in general, it is absolutely OK to clock off at 4pm. In many big Swedish companies, working unusually long hours is more likely to get you a referral to the in-house psychologist than a promotion.

This doesn’t mean Swedish office life is bereft of back-stabbing. You still may have to play office politics. But when it comes to work hours, it’s ‘lagom’: everyone needs to do just enough hours for the system to function (which it obviously does), but no more.

This makes family life much more manageable than it is in the UK. Working mothers are less likely to risk total cognitive collapse. Fathers can generally eat with their children every evening and then put them to bed.

Those without children have much more time and space to play in bands, renovate houses, or do sports.

The downside, of course, is that there’s very little after-work socialising with colleagues.

Also, as a freelancer, the only way I benefit is that the pressure put on me by my wife and peers prevents me working late into the night. 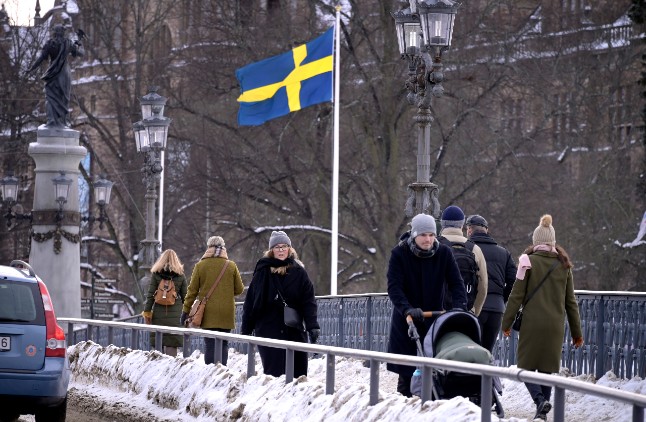 The ‘lagom’ approach to play

Whether it’s nightlife or entertaining at home, socialising definitely seems lower key in Sweden than it is in the UK (something reflected in the smaller number of bars and pubs).

This seems especially the case for parents. My family and friends in the UK will often hire a babysitter and roll home well after midnight. In Sweden, or at least in the circles I move in, people tend to socialise as a family, so a late night just means keeping the kids up past 10pm.

The sort of smart parties my brothers’ friends put on, where people lay on an impressive spread and serve expensive wine, seem fairly unusual (perhaps I just move in the wrong circles).

You might think this is a bad thing, but I’m starting to appreciate it. It’s quite relaxing not feeling you have to make an effort to stay up past midnight, or perform socially at glitzy drinks parties. It’s nice to break up adult chat with games with the kids. It may be that I’m getting old.

While most foreigners tend to live in the big cities, one of the things that makes Sweden so special is the extraordinary nature that you can access very easily from even the centres of Stockholm, Gothenburg and Malmö. In southern region Skåne, where I live, nature trails are all mapped out and colour-coded, with excellent visiting centres at most of the big reserves.

Outside of pandemics, it is easy to get out to nature on public transport, so you don’t even need a car.

Most of the official trails have barbecue spots, toilets, and rudimentary shelters spread out at sensible intervals, and Sweden’s allemansrätten ‘freedom-to-roam’ law means you are free to camp almost anywhere. 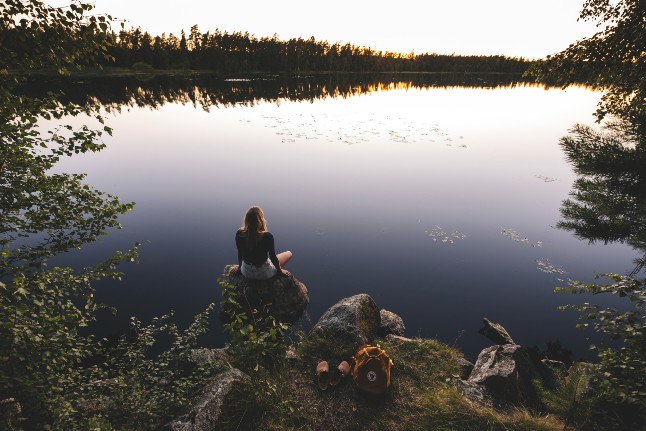 Someone relaxing by one of Sweden’s estimated 100,000 lakes. Photo: Alexander Hall/imagebank.sweden.se

The seasons (and particularly the summer)

This is something Sweden has in common with all of northern Europe, Russia and Canada, but the enhanced contrast between the seasons is for me one of the real pleasures of living in the north.

In most of Sweden (but not in Skåne, where I live), you can expect at least a month of proper snow cover every year, and then, when you finally get some sun, the forests explode in greenery and spring flowers.

I’ve started to love the contrast between the near hibernation of the winter, when social life in Sweden slows down to a near standstill, and everyone huddles home with friends and family, and the summer, when there’s a lot going on.

Summers in Sweden are wonderful.

Most people take at least three weeks off and move to some idyllic part of the countryside, where they then live a simple, stripped-down life of swimming in lakes and the sea, country walks, barbecues, visits to flea markets, berry-picking, and lots and lots of ice cream. 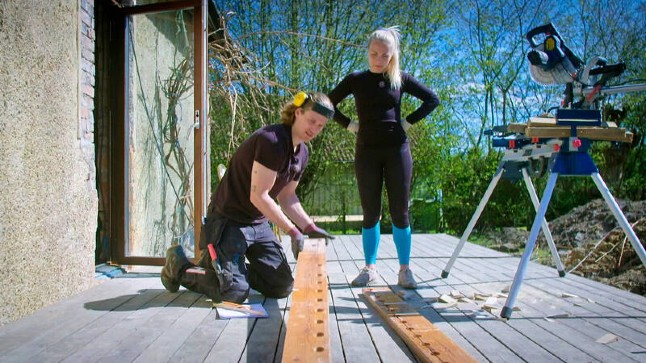 Elin and Casper, the young couple in the latest edition of SVT’s building and renovation series Husdrömmar. Photo: SVT

How practical people seem to be

In my experience, Swedes loving bonding over doing tasks: chopping wood, painting a house, putting up a new door in the shared office. It perhaps reflects the puritan work ethic: it’s easier for Swedes to relax with one another when doing something useful, without an overhanging sense that they’re somehow wasting time.

As a result, people here can be very generous with their time if it’s for something practical. It’s almost a tradition to get friends to help you move house, pick up a piece of second-hand furniture, or fix your car in a way it isn’t in the UK.

I’ve also learned to appreciate the ‘practical Swede’ you see wearing tool belts and many pocketed work trousers at out-of-town DIY supply shops. Sometimes they’re hobbyists, sometimes members of the prosperous class of small-time builder, plumber, or electrician that seems to be a big part of the local economy, at least where I live.

Swedes sometimes seem a bit out of place to me when discussing high culture. The role of the cosmopolitan intellectual comes more naturally to the French, Germans, Italians, and even Brits.

But when they’re sawing a piece of wood, Swedes are in their element. 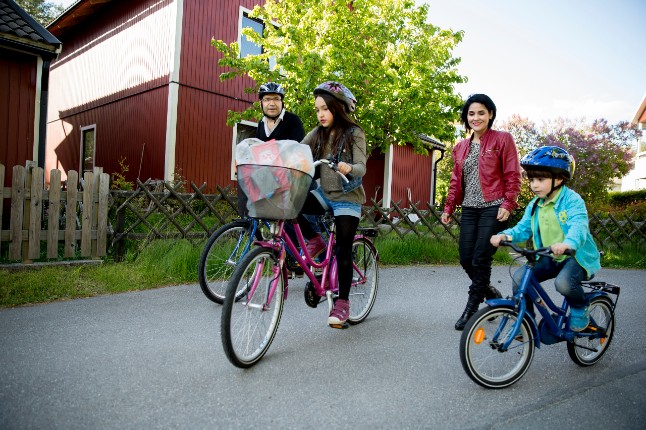 The UK is catching up in this regard, but I love living in a city where there are fewer cars, and so many people ferry their kids, dogs, shopping, and newly acquired furniture around in box bikes, be they Christiania cycles, Cargo Bikes, or one of the more upmarket battery-powered brands.

It’s not quite a classless society, but it’s better than most

“It is impossible for an Englishman to open his mouth without making some other Englishman hate or despise him,” George Bernard Shaw opined in the preface to Pygmalion, back in 1912. It’s still a bit true (although it doesn’t seem to have hurt the career of the ultra-posh Conservative MP Jacob Rees-Mogg).

Economic inequality in Sweden has been on the rise for years, but it remains one of the most equal countries in the world, and is certainly a lot more equal than the UK.

The parents at my children’s school come from a wide range of backgrounds and somehow it doesn’t matter as much as it would back home.

Girls are more likely to make the first move

This is something I have never in fact experienced first hand (I was the first mover in my only ever relationship with a Swede, which thankfully still continues).

But it seems that for many foreign men who end up living in Sweden, much of the initial appeal comes from the gender dynamic in their relationship. The relative gender equality in Sweden perhaps makes Swedish women a bit more assertive, more likely to talk, less likely to listen, and perhaps more likely to make the first move.

Perhaps the foreign women who end up moving to Sweden for love find it liberating that Swedish men have different expectations about how they should behave too.

It may be slow, but when Sweden decides to change something, it does it properly

Parental leave is the big historic example. Sweden didn’t just pay lip service to gender equality, it carried out the big structural changes in society required to make it possible.

Today, it’s the ambitious transformation of the heavy industry in the north of Sweden, with enormous investments being made to decarbonise the iron ore and steel industry.

The UK as a nation seems much more capable of double-think, of saying one thing and acting in another. When Sweden collectively decides on a change of course, the system somehow works through all the implications and slowly but surely makes the change happen.

The pandemic has arguably shown up the weaknesses of Sweden’s system of government. It may be slow, but once the public enquiry has been completed, and everyone has agreed on what to do, the level of execution can be impressive. 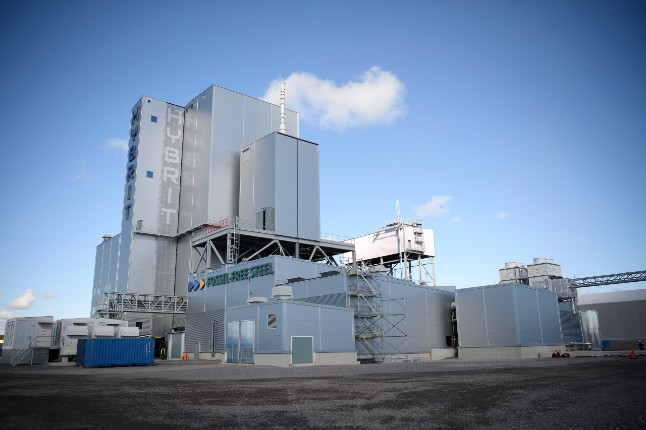