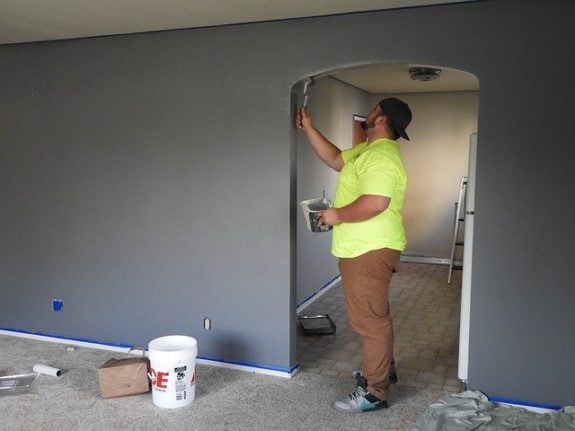 Building and renovating a home in Spain is not so simple. If you want to make even basic changes to your property like installing a new kitchen or knocking down a wall, you will need permission.

Before you begin, you’ll need to factor in the basic requirements by law, get to know and understand the different types of permissions and the procedures that are involved.

When do I need to apply for planning permission?

As mentioned above, you’ll need to apply for planning permission for almost any changes you make to your property, even if you want to put in a new bathroom or make basic changes to the windows.

This type of license includes all minor works such as installing a new bathroom or kitchen, changing the floors or redoing the electrics. Basically, it includes most home maintenance projects, and anything that doesn’t require changing the structure or the layout of your property.

Here’s what you will need to submit to your town hall or ayuntamiento to secure permission for an Obra Menor:

If you want to do anything more to your property, you’ll need a Major Works license. This covers everything from big extensions and installing swimming pools to simply knocking down a wall to create a bigger kitchen. If you change the layout or distribution of spaces in your home, for example put in a bathroom where a small office room used to be, you will also need this type of license.

It typically takes around two months for the permission of an obra mayor (major work) to come through. Works that may affect the architectural heritage of the building will take even longer.

Here’s what you will need to submit to your town hall or ayuntamiento to secure permission for an Obra Mayor: 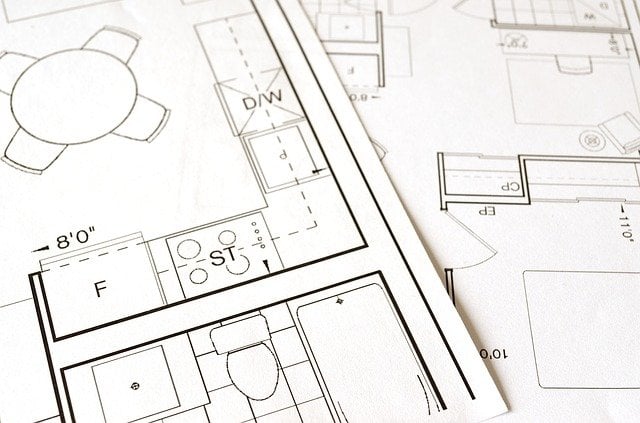 If you live in an apartment or community block, you will first need to run your plans by the president of the building association who will let you know if what you want to do is possible.

Next, you will need to hire an architect. Even if you’re doing what may seem like a pretty straightforward project like putting in a bigger kitchen, you will need to submit a professional architect’s plans, along with your application.

For more basic DIY projects, such as changing the floors or repainting the outside of your house, you will not need architect’s plans.

If you have an architect, they will be able to help you submit the correct forms to the town council for you, as well as to any necessary architectural bodies.

Once you have the permission, you will be given a certain time frame to finish the work in, depending on how big the project is. When the works are complete, remember that if you changed the layout or structure of the property you’ll also need to change these details in your property deeds and may also need to get a new Cédula de Habitabilidad certificate to prove that the property is habitable.

What are the costs involved?

For the Licencia de Obra Menor, the costs are limited and sometimes don’t have a fee.

The Licencia de Obra Mayor on the other hand has a whole raft of fees and taxes. Besides the actual work, the architect’s fees and the fees for the professional college, the city council or town hall will charge you between 2-6 percent of the total building or renovation cost. The percentage will depend on the types of works you want to carry out and the region of Spain you live in.

What if I don’t apply for planning permission?

If you neglect to apply for planning permission, you could be fined, told to demolish the work or run into major difficulties when you come to sell your property.

Town or city councils may do random home checks or have been known send people round the streets to check the skips to see if any bricks or other home debris has been thrown out.

You may also face fines if the final outcome is different to the architect’s plans that were submitted when you sent in the application.

Be careful, under LOTUP (ley de ordenación del territorio, urbanismo y paisaje), you can be prosecuted and fined if you have carried out any building work without proper planning permission in the last 15 years. 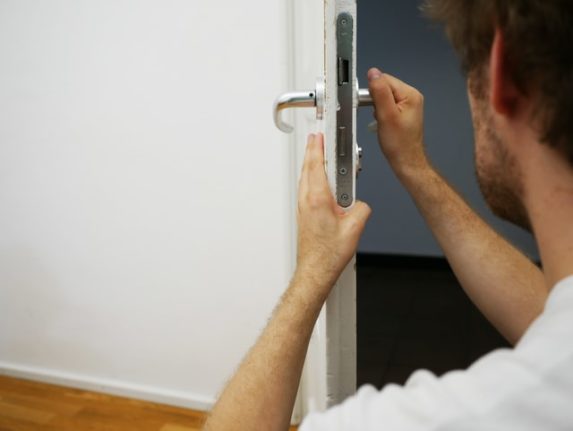 Like anywhere, locksmiths are generally expensive and the price can vary greatly depending on the service you need and where you are.

It also depends on when you need them, as it’ll cost much more to call them out on a Saturday night than a Monday morning, for example.

Nor would it cost the same to open your front door as it would a reinforced security door.

But locksmiths don’t just make copies of keys and bail you out when you’re stuck outside your flat.

They also offer a whole host of different services including, but not limited to, opening safes, creating master keys, installing security doors, anti-drill doors, cutting specialist locks that reject copied keys, and even unlocking the boot of your car.

How much does a locksmith cost in Spain?

Given all these variables, the price can range massively.

According to Cronoshare, the average price for a nationwide call out in Spain can start from €80 anywhere up to €400.

For basic door openings, it depends on the situation you find yourself in: for doors locked with a key, which is a more complex task, prices average around €200, and for doors that are jammed or slammed shut, slightly cheaper in the €80-€100 range.

For an armoured or security door, prices can start at around €300.

In short, a general rule is that the more complex the task is, the higher the prices.

And as always, prices can vary depending on where you are in Spain, the quality of the locksmith, the time of the day and week you need his or her services, and if its a public holiday or not.

So, as always, compare prices to try and find the most economical solution without skimping on quality.

As such, the following rates are estimations taken from average prices from locksmith.

Where prices can really start to add up, however, is when you have an emergency situation requiring a locksmith’s assistance at the weekend, on a public holiday, or outside of normal working hours.

And if you live in Spain, you probably know there’s quite a few of those days throughout the year.

If you really need a cerrajero on a public holiday or during non-working hours (usually defined as anything between 8pm-8am) prices can reach €300 or €500 due to the fact you’ll have to cover the cost of travel, which starts from around €40 plus the increased rate.

Then you must also include the price of labour to the flat rate, which is usually somewhere between €40 and €70 an hour regardless of when you call them out.

We’ve put together some of the basic vocabulary you might need if you find yourself needing a locksmith while in Spain.

quedarse afuera – get locked out

Tips relating to choosing a good locksmith in Spain

If you’ve just started renting a new place or have bought a property, it’s advisable to change the lock as you don’t know who has keys to your front door. If you’re a tenant, try to negotiate this with your landlord as it’s in both of your interests that only you two have keys to the property.

If there has been a burglary in your property while you’re living in it and there’s no sign of forced entry, then there’s a very big chance that the burglars had a copy of your keys, and you should definitely change the locks.

If you’ve lost your keys and you think it happened close to your home, again it’s advisable for you to change the locks.

One of the best ways to avoid being locked out and having to cough up a hefty sum is to give a spare set to someone that you trust that lives in your town or city in Spain.

When it comes to choosing a locksmith in Spain, you should make sure he or she is a reputable one. Asking friends and family first can be your first port of call.

If not, make sure you read reviews online if available to get any insight beforehand.

In order to avoid any nasty surprises, ask them on the phone for a budget (presupuesto) for all the costs attached to their services before accepting.

Be wary of cerrajeros that automatically want to change the whole lock when a simpler and less costly option is possible.

Usually they should offer you a contract for you to read carefully before signing. It should include a three-month guarantee for the potential new lock or at least a breakdown of the costs.

Make sure that they are not charging you an excessively high price if it’s an emergency, as this is not actually legal.

There’s also asking them to prove their accreditation with the Unión Cerrajeros de Seguridad (UCES).

Weekend and holiday rates can be higher nonetheless, so consider your options and if it’s worth staying with a friend or family member for a night to save some money. A trustworthy and honest cerrajero will let you know about the money you could save if you choose to wait as well.