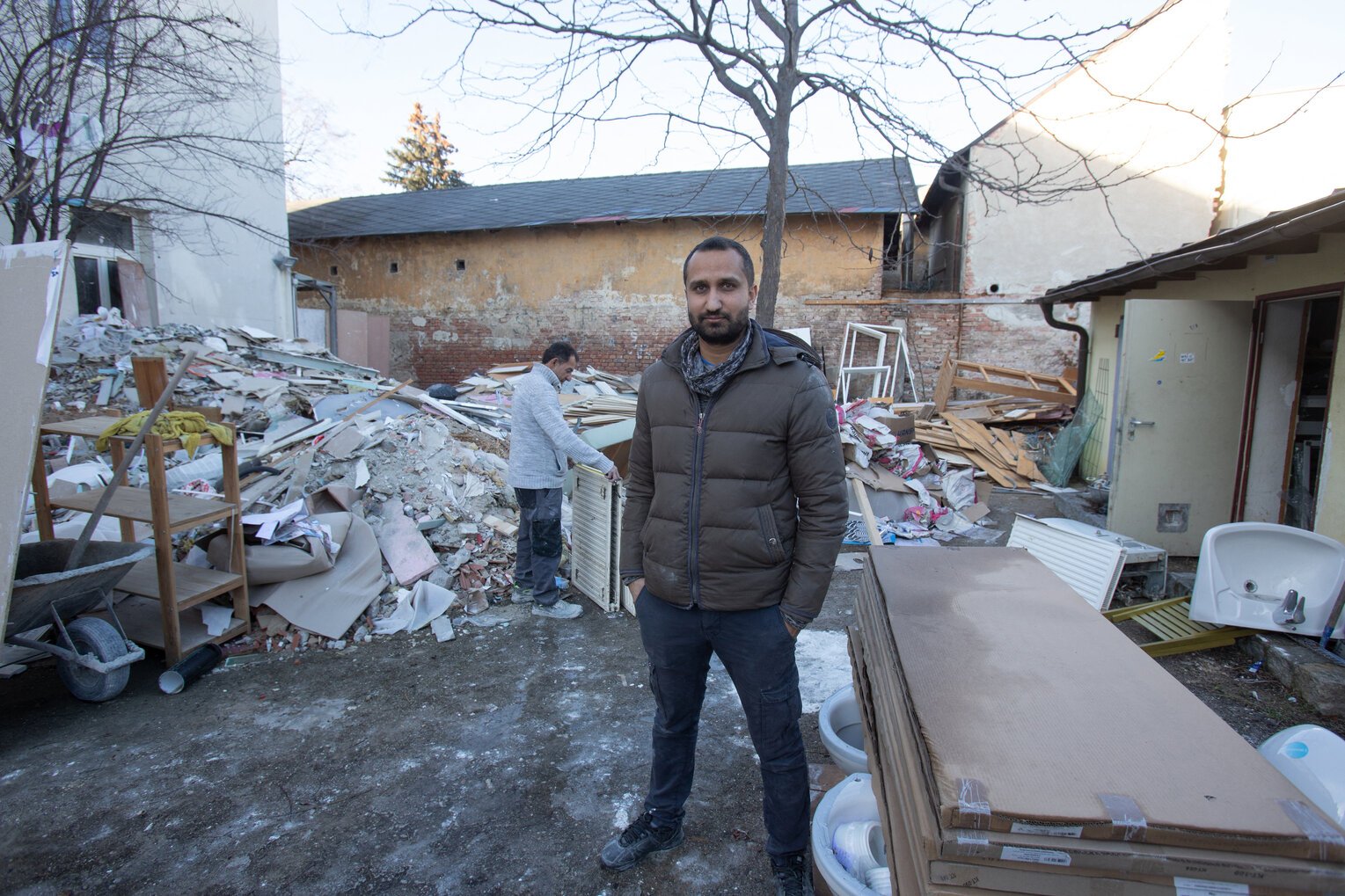 Sukhdeep Singh at the building site in Baden. Photo: AFP

It was where he himself lived after he left his native Punjab region of India as a teenager to start a new life in Europe.

When the Christian NGO that previously ran the site as a home for unaccompanied migrant children said it was impossible to continue running it, Singh stepped in to save it from being sold off to developers.

“I didn't want anyone to buy it who had no connection to the house and its history,” says Singh, now married with three small children.

Singh's connection to the house and its founder is a deep one.

The story begins with his arduous journey through Russia and Eastern Europe before arriving in Austria and at the Laura Gatner house, a shelter for about 50 unaccompanied youths.

“To be honest, my first impression was horrible,” Singh recalls.

On the top floor of the three storey house, he points at one corner of a 12-metre-square room to the other.

“Here was my bed, and here was the second bed,” he says of the space he shared with a teen from Afghanistan.

But over the six years he spent here, he learned to speak the language, made friends and played football.

The nondescript house in an industrial area came to symbolise perseverance and benevolence for Singh.

Key to Singh's fond memories of the home is his bond with Jewish actor and writer Otto Tausig, who was key in setting up the house after his own experience of being forced into exile by the Nazis.

Tausig dedicated the latter half of his life to charity. He helped hundreds of children working in mines in India as well as refugees in Austria.

After raising the funds to buy the house — including a large personal donation — Tausig gifted it to Protestant charity Diakonie for use as a shelter for youths who, like him, had left their own homelands. 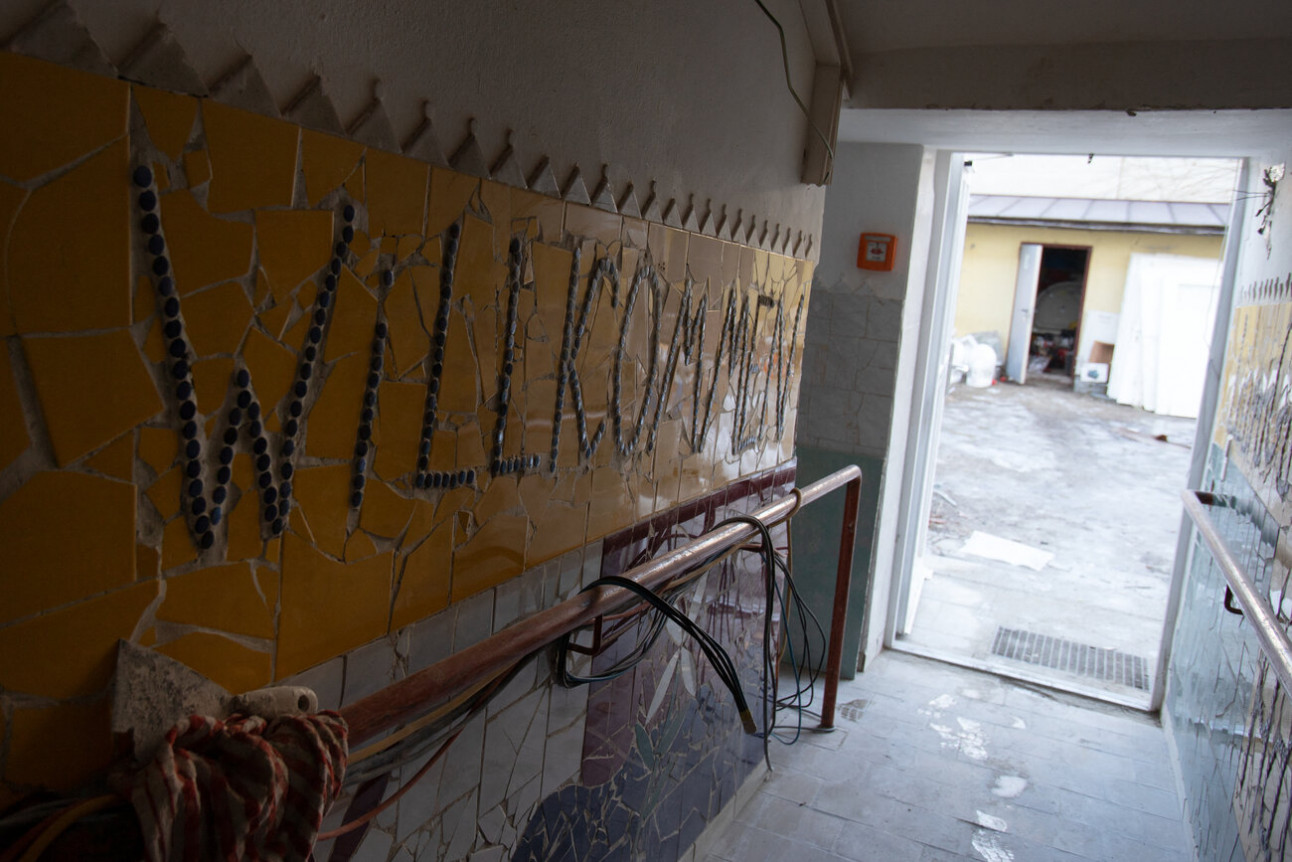 Inside the renovated house. Photo: AFP

The house is named after Tausig's grandmother, Laura Gatner, who died in a Nazi concentration camp.

Social workers, teachers and psychologists here helped Singh understand the local culture and master the language. He says he was treated with respect, and graduated from technical high school.

And Tausig became something of a mentor to him personally.

When Singh went on to a degree at the Technical University, it was Tausig who sponsored him.

Singh, now in his mid-30s and a project manager at multinational Siemens, learned from an old friend that the building he'd called home was to be sold.

Diakonie says the decision was taken due to “insufficient referrals” of residents coming from the regional authorities in Lower Austria.

As the EU has fortified its borders in recent years, the rate of new arrivals has plummeted.

The number of “unaccompanied underaged asylum-seekers” went from 8,300 in 2015 to just 390 three years later.

At the same time, Chancellor Sebastian Kurz has prided himself on his tough anti-migration stances, winning many voters from the far-right Freedom Party (FPOe) in the process.

“The welcome I received, it is not the same anymore,” Singh says.

The new Laura Gatner house, however, will be an antidote, with red, blue and yellow mosaic tiles spelling her name still gracing the hallways.

Though most of the 16 apartments will have to be rented out at a profit to pay off the mortgage, at least four will be reserved for asylum-seeker families – who will not be expected to pay a set rent.

A young mother and her 12-year-old daughter, currently in a government-run asylum centre, will be among the first residents.

“Can you imagine the girl in this centre, where she can't even study?” Singh says.

The apartment for the two of them will include a separate space for the girl to study.

A further three families are expected to find a home here when construction is finished in March, the same month Singh arrived here in 2003.

Singh is proud of his achievements, and of carrying on Tausig's legacy.

“If you look for a role model, don't look towards those who are rich, who have a lot of money,” he says.

“Look to those who have a big heart.”

The office for immigration and citizenship in Vienna, MA 35, is known for long waiting periods, delays and even mistakes being made in applications. It has recently received renewed criticisms as new appointments for Austrian citizenship were not open until mid-2023.

Things got even worse, and applicants now have to wait until October 2023 to get the first appointment. Only after this meeting will they receive another date (sometimes also a year later) to submit the documents asked.

Green politician Aygül Berivan Aslan said the reform of MA 35 had “failed”. She said she welcomed the SPÖ’s push towards simplifying access to citizenship but felt that “theory and practice do not match”. Speaking in the Viennese parliament, she introduced a motion for a six-month evaluation of the office.

Aslan also proposed that in the case of delays of more than six months, citizenship costs should be waived for applicants.

How bad is the situation?

Not only do people have to wait months for a first talk and then months to submit documents, but once their part is done, the wait is not over. There are currently 3,800 procedures pending for more than half a year in the MA 35, Deputy Mayor and City Councillor for Integration Christoph Wiederkehr (NEOS) said.

He justified delays saying that the number of applications had risen by around 30 percent his year in Vienna – only last month, there were 600 appointments booked.

“The sharp increase can be explained by the eligibility of refugees from 2015 to apply for citizenship as well as by uncertainties caused by the war in Ukraine”, he said.

READ ALSO: ‘Bring everything you have’: Key tips for dealing with Vienna’s immigration office MA 35

He added that the goal would need to be “simplifying the procedures nationwide”. However, Wiederkehr also said there were reforms still being implemented in the MA 35.

Wiederkehr said: “On the part of the city, there are ongoing staff increases at MA 35. The training of the employees is so complex that it takes about a year.”

“In addition to the increase in staff, there was an analysis to optimise some work processes, as well as intensive training. Digitalisation is also being accelerated”, he added.