Trucks in Tirol trying to cross the border into Kiefersfelden, Bavaria on Monday. Photo: DPA
The Local
[email protected]
@thelocalgermany


Tougher entry rules have been in effect at Germany's borders with the Czech Republic and the Austrian state of Tyrol since Sunday. Here’s what you need to know.

The controls were put into effect in response to three coronavirus variants reported to be more contagious.

They are currently more widespread in both the Czech Republic and Tyrol than in Germany, although the variant has been detected in the majority of German states.

Who’s allowed to cross the border in affected areas?

Currently, only Germans and foreigners with residence and residence permits in Germany are allowed to enter from the affected areas.

Exceptions were initially made for medical personnel, truck drivers and seasonal agricultural workers.

According to Germany’s Interior Ministry, the stricter entry rules are initially limited to ten days, meaning they will apply until February 23rd. However, they can then be extended to a maximum of three months.

The ban on travel from so-called virus variant areas also applies to some countries that do not have a land border with Germany – for example, the U.K. and Portugal.

Airlines, bus operators and railroads are not allowed to bring anyone from there who does not fall under the exemption rules to Germany.

This regulation, which applies until Wednesday, is likely to be extended, according to government sources.

How is this affecting traffic?

On Monday morning, a kilometer-long traffic jam formed at the German-Czech border on highway 17 from Prague to Dresden.

On the E50/D5 in the direction of Nuremberg, there was a temporary queue of trucks more than 20 kilometers long. By midday, the situation had eased somewhat.

But a broken-down vehicle caused additional obstructions, according to information from the highway administration and traffic radio. 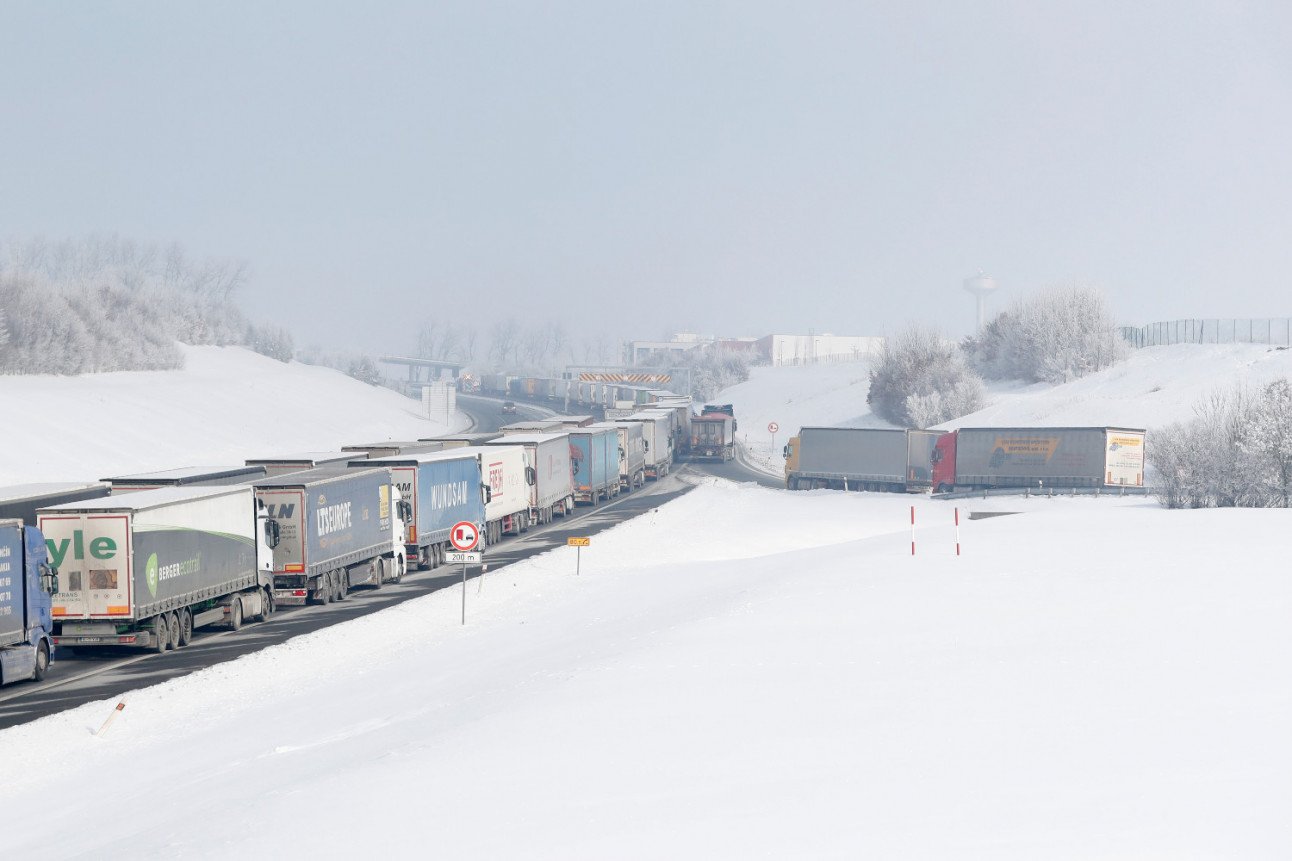 Trucks in Usti Nad Labem, Czech Republic backed up at the border with Germany on Monday. Photo: DPA

In the direction of the Tyrol traffic at the Kiefersfelden border crossing remained largely calm, as it had on Sunday. Truck traffic, on the other hand, was backed up for more than 20 kilometers due to a block clearance in Tyrol.

READ ALSO: Austria: What are the rules for crossing into Germany?

Employees in the transport sector need to declare their entry even for transit journeys where they are just passing through Germany, and present a certified negative coronavirus test from the last 48 hours.

Within the first 15 hours after the measures were introduced on Sunday, more than 2,200 people were turned away at the borders between Tyrol and the Czech Republic, reported the Tagesschau.

How are neighbouring countries reacting?

Tighter border controls in southern and southeastern Germany in response to the spread of coronavirus mutations have caused resentment in neighboring countries.

“The measures have quite serious implications for the whole of Austria and are therefore in clear contradiction to the ‘lessons learned’ from last spring,” said Austria's Foreign Minister Alexander Schallenberg.

He referred to Germany’s first lockdown the spring of 2020, when Germany progressively sealed off its borders with neighbouring European countries in March before beginning to open them up, one by one, in May.

The move was often criticised within a bloc that prides itself on borderless travel and trade.

Will other borders close?

Germany has discussed strict border controls with France due to a reportedly large number of coronavirus cases involving the virus variant in the Moselle region of eastern France, close to the German border.

“This is a tough decision,” French Secretary of State for Europe Clément Beaune said of the tightened border controls.

He announced that he would speak with the heads of government of the three neighboring German states of Saarland, Rhineland-Palatinate and Baden-Württemberg on Monday so that there would be no “nasty surprises” at the common border.

“We are doing everything under discussion,” said Beaune, who is considered a confidant of head of state Emmanuel Macron.

A complete closure of the Franco-German border should be prevented, he said.

Stricter controls on people moving across borders cannot be ruled out, he told the state parliament in Saarbrücken on Monday.

“But we will do everything in our power to prevent border controls like the one in spring 2020.”