Whether you’re a landlord or a renter, knowing which costs you’re responsible for is essential before signing a rental contract or when unexpected expenses arise.

Even though Spanish consumer groups and property experts generally agree over what constitutes a cost for the arrendatario (tenant) or the casero/arrendador (landlord), contract is king in Spain.

So if your contrato states that you’re responsible for paying a certain expense, then that’s what’s legally binding.

If you’re a tenant that means going over your rental contract with a fine-tooth comb. Not every property-related cost is included in rental contracts in Spain and not every landlord is trying to take you for a ride. But you should at least be able to recognise the costs you should not be paying for before signing on the dotted line.

And if you’re a landlord, it’s just as important to get the necessary protection from potentially irresponsible tenants who don’t take care of your property.

What is vital is that both sides negotiate and reach a compromise without it turning into a heated argument. These are the general standards for who pays what in tenant-landlord scenarios in Spain.

Electricity, gas and water are expenses that the tenant is responsible for as they are the ones making use of these services and it’s their consumption that influences the final cost. This includes internet bills unless otherwise stated in the contract.

Spanish consumer watchdog OCU and property portal Idealista say that this is a cost that the landlord is responsible for paying, partly because it’s a fixed fee.

But some Spanish law firms argue that if tenants are the passive recipients of this public service then they should be footing the bill.

Either way, in most cases the fee is €50 to €100 so ask yourself if it’s really worthing fighting over it. An easy solution could also be to ask at your town hall who they deem responsible for paying.

If the property is in a complex with communal spaces such as gardens and swimming pools then gastos de comunidad can easily amount to €100 a month.

The general consensus is that the landlord handles this cost even though it’s technically the tenant who enjoys them (it’s easier to simply raise the rental price to account for these extra perks that come with the property).

Spain’s version of the council tax is in the vast majority of cases paid by the owner.

Logically, each party is responsible for insuring their own belongings if they want to get reimbursed in the event of a burglary, fire or other incident. 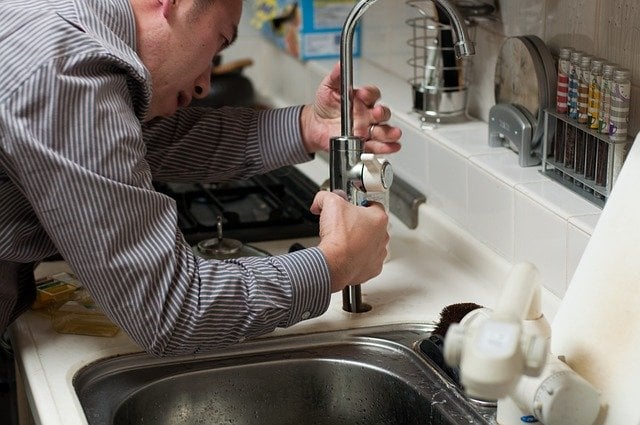 If the washing machine, boiler, floor, walls or another important element of the property stops working or is damaged it’s the landlord who has to pay, unless it’s a small fix or he or she can prove the breakdown was caused directly by the tenant.

Those two exceptions pretty much explain what the tenant has to pay – minor replacements like changing a lightbulb or repairs caused by their own clumsiness.

Wear and tear, or deterioro por uso in Spanish, is always a grey area on rental contracts.

You can read more about it in article 21.4 of the LAU (Spain’s Rental Law) but there’s still room for interpretation over what constitutes ‘small fixes’.

In most cases, Spanish law tends to favour landlords in wear-and-tear cases so one of the best ways a tenant can protect themselves is to make a photo-based inventory of all the small imperfections their let has as soon as they move in and to share it with the landlord.

That will serve as evidence and will help in cases when the broken item was already in partial disrepair before they moved in.

It may also be advisable to add a clause in the contract which illustrates what constitutes a small repair.

Is it due to the tenant’s misuse or is it caused by a construction problem that the building community has to handle? Or are both sides responsible in their own way?

This will determine who is liable to pay for any water damage or damp that the property may develop.

If the problem started in another property then there are two other parties that could be potentially responsible for footing the repair bill.