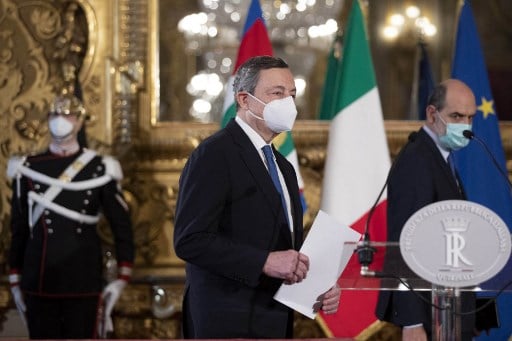 With almost all political parties behind him, Mario Draghi on Friday entered the final stage of forming a new Italian government.

The former European Central Bank chief, called in after the outgoing centre-left coalition collapsed, could visit President Sergio Mattarella as early as Friday to be officially named prime minister.

PROFILE: Can 'Super Mario' Draghi lead Italy out of its crisis?

Draghi has spent the last nine days garnering support from Italy's political parties, with the aim of forming a 'government of national unity' to manage the deadly pandemic that hit Italy almost exactly one year ago, triggering a deep recession.

After securing the support late Thursday of the last key party, the populist Five Star Movement (M5S), Draghi has almost all the main parties on
board.

“The Draghi government is born,” headlined Rome-based daily Il Messaggero, while the Corriere Della Sera led with “Draghi in the home stretch.”

However, the 73-year-old economist has shown he is willing to take his time, and could yet take a few more days to finalise his cabinet.

Even if Draghi invites figures from outside politics onto his team, as he is expected to do, he still needs to get the agreement of a majority of lawmakers. He has been negotiating with Italy's various political parties since last week on a possible deal.

Italy has high hopes for Draghi, dubbed Super Mario after vowing to do “whatever it takes” to save the euro single currency in the 2010s debt crisis.

Mattarella asked him to step in on February 3rd after outgoing premier Giuseppe Conte resigned following weeks of political turmoil. 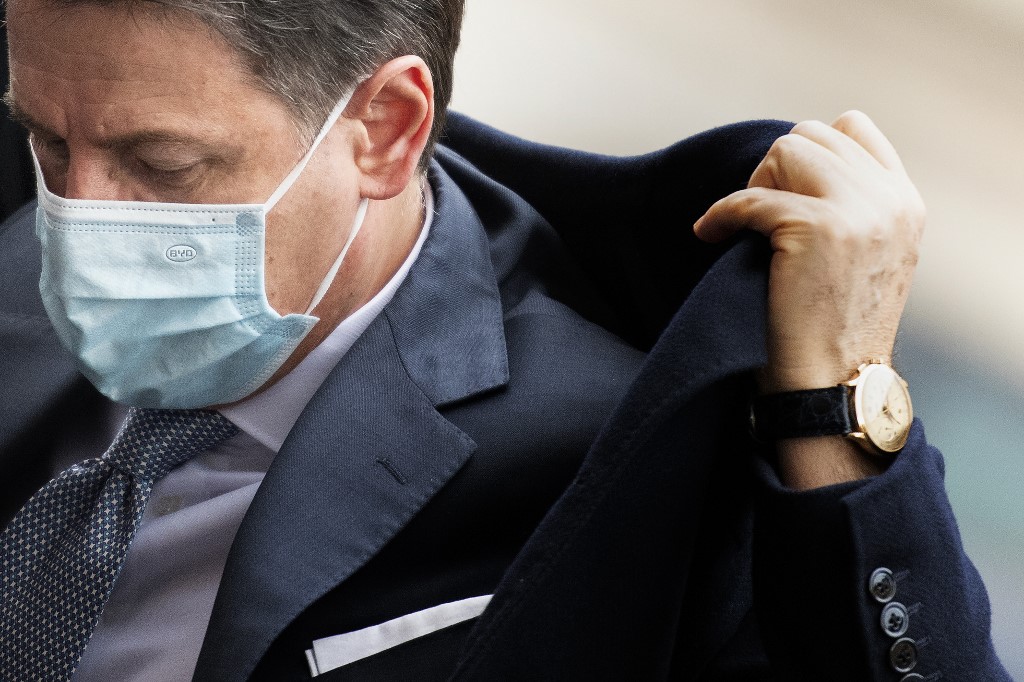 Italy has been without a fully functioning government for almost a month since former prime minister Matteo Renzi withdrew his Italia Viva party from Conte's coalition, triggering its collapse.

Conte resigned in hopes of putting together a new coalition and returning at its head, but this didn't happen. After failed talks, President Sergio Mattarella – who as head of state is refereeing the negotiations – called time and summoned former head banker Mario Draghi to form a new government.

Draghi's arrival was greeted with delight on the financial markets – Italy's borrowing costs dropped to a historic low this week – but the task facing him is huge.

The president has emphasised the urgency of moving quickly to fill the political vacuum, as Italy approaches the milestone of 100,000 Covid-19 deaths and the task of

As the new PM, Draghi would need to decide how to spend more than 200 billion euros ($243 billion) in grants and loans from the European Union's recovery fund to help it get back on its feet.

Draghi will have to balance demands for immediate relief against the need for long-term structural reforms in Italy – tensions that brought down the last government.

Meanwhile unemployment – at 426,000 higher than one year ago – risks rising further later this year, if an existing freeze on job dismissals is not extended.

Another priority is speeding up Italy's coronavirus vaccination programme, which made a promising start in December but has since slowed, against a backdrop of rising concern about the spread of new variants.