One year on from the first Covid death in Europe and the last 12 months have been pretty grim - but the crisis and the response have also taught us some important things about France and the French.

1. The French turn out to be surprisingly good at following rules when they really have to
For most of the past 12 months, people in France have been living under strict rules, from two periods of complete lockdown to the current nighttime curfew, as well as rules on masks, gatherings and visits to bars and restaurants.
France has in fact had some of the strictest rules in Europe and by and large people have generally consented to them.
That doesn't mean that nobody broke the rules of course – the 1.1 million fines handed out during the first lockdown is testament to that – but what France has so far largely avoided is mass disobedience and anti-lockdown protests of the type seen in the UK, the USA and Germany or riots as seen in the Netherlands.
For a people whose international reputation is generally centred around strikes, riots and all-round stroppiness, this was no mean feat.
READ ALSO Three million cases and 80,000 deaths – a year of Covid spread in France 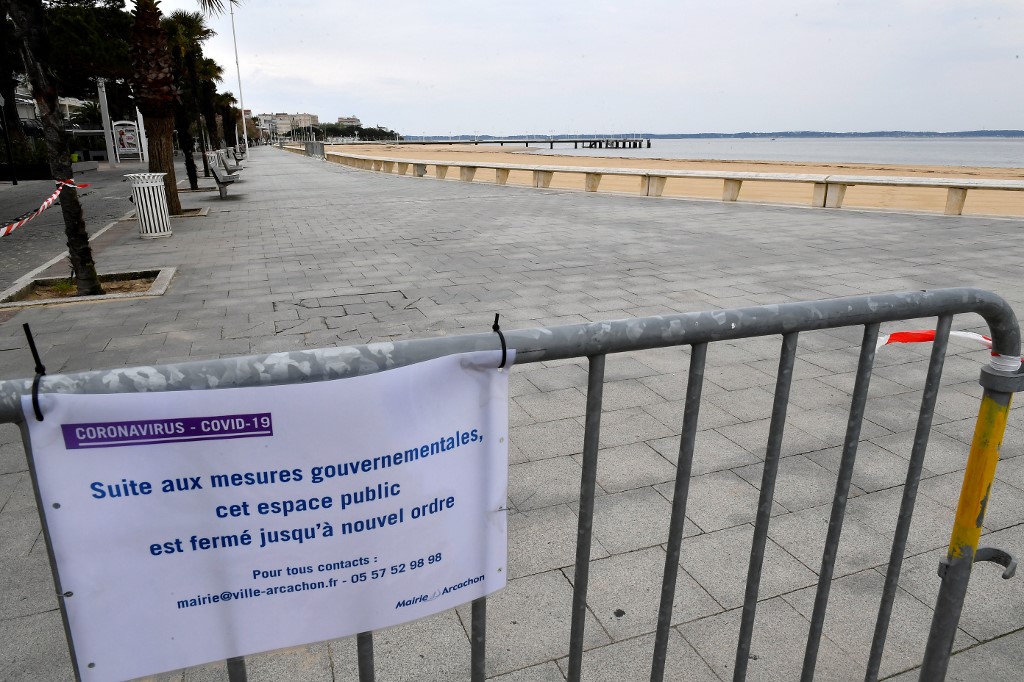 2. The French state is no Speedy Gonzalez . . . but once it gets going can be pretty efficient
One of the major complaints about the French government's response to the pandemic has been about speed – the vaccine rollout got off to a laughably slow start, France was months behind its neighbours in putting in place a proper mass testing programme, the track and trace system took a long time to get going.
However both testing and track and now among the best in Europe – 92 percent of contact cases are now traced within 24 hours according to the Health Ministry and France has a high rate of testing with free tests available at thousands of outlets including pharmacies for everyone who wants one.
The week before Christmas France tested 3 million people and pre-travel testing was largely credited with helping France avoid a post-Christmas spike in cases.

Whether the vaccine rollout follows this trend and gets quicker remains to be seen, but let's hope.
IN NUMBERS Why France needs to drastically speed up its vaccine rollout
3. Parisians hate Paris . . .
When it became clear in March that a lockdown was imminent, the first response of many Parisians was to flee the city.
Phone tracking data showed that 1 million Parisians left the city and its inner suburbs – roughly a quarter of the population.
Some of these were students who went home to their families when the universities closed but many were the wealthier Parisians who own second homes in the countryside. The trend was so marked that it provoked comparisons to the 'Exodus from Paris' in 1940 when around three quarters of Parisians fled the city ahead of the approaching German army.
4. . . . and so does Marseille
The city of Marseille has long had a reputation in France as rebellious and awkward and is frequently at loggerheads with the Paris-based government, which many Marseillais regard as out-of-touch and elite.
These tensions flared repeatedly during the year as local authorities butted heads with the government on a series of health measures, from protesting at the closure of bars and restaurants to lockdown.

The hydroxychloroquine guy, Prof Didier Raoult, still seems to have quite a following in Marseille . . pic.twitter.com/TNacNLMkCF

Marseille's anti-establishment credentials were also burnished by the city's enthusiastic adoption of local doctor Didier Raoult, who espoused the now-discredited drug hydroxychloroquine as a Covid treatment against official advice. 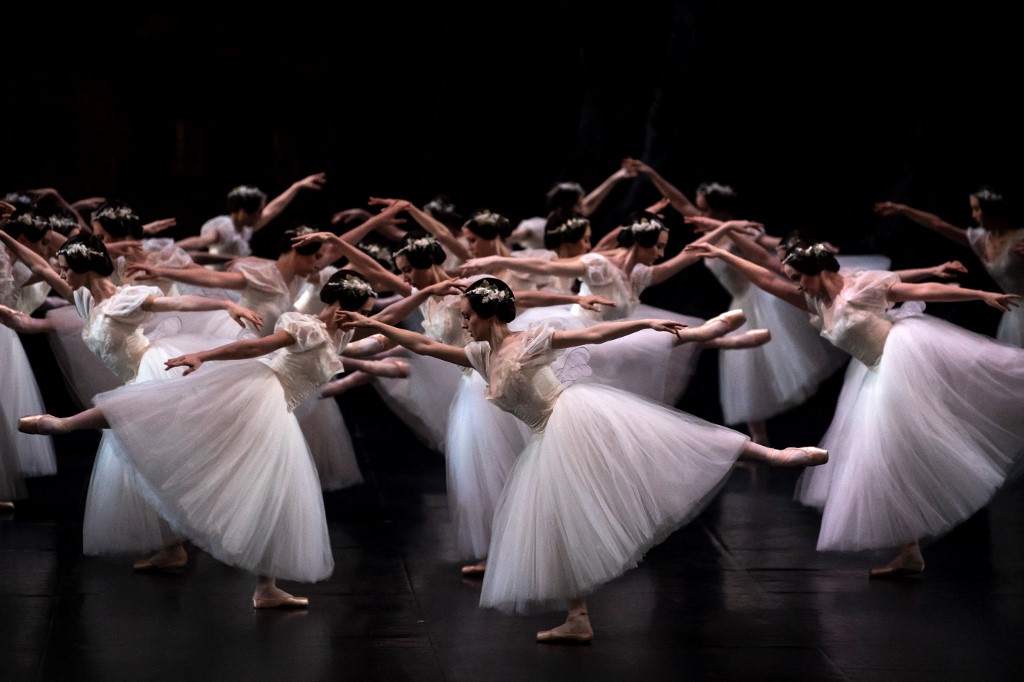 5. Education is genuinely important in France
Obviously all countries care about their education system, but after schools closed for two months during the spring lockdown France really has made keeping schools open a priority – condemning bars, restaurants, gyms etc to months-long shutdowns so that the nation's schools can stay open and the next generation receive as much in-person education as possible.
ANALYSIS Is France right to keep schools open during the second lockdown?
French children have now had the highest number of in-school teaching days in Europe over the last year and the French government is pretty proud of that fact, repeatedly trotting it out at press conferences.
We're not out of the woods yet, of course, but closing down schools again has been repeatedly stated as a last-resort for the government if all other infection-control measures have failed.
6. And so is culture
This has been a terrible year for anyone involved in the culture sector with gigs and concerts forbidden and other cultural venues like theatres and cinemas also closed for large stretches.
While artists in France certainly haven't avoided the effects of a year without work, the French government was the first in Europe to announce a package of aid measures specific to the cultural sector, and there are several aid schemes aimed at people who usually make a living through art.
The reopening of cultural centres like museums is also the subject of a major campaign at present, while in the southern town of Perpignan local authorities illegally opened museums in protest. In other countries protest has centred on reopening pubs or going for a haircut – the French just want their culture back.
7. Doing things online can work
Pre-pandemic even France's best friends would not have described it as at the forefront of the digital revolution and practices such as remote working, click-and-collect and contactless payments were not widespread in France.
Millions of French people have been doing their jobs from home for months, and while many can't wait to get back to the office  others have discovered they enjoy the freedom and some have even moved out of the cities to take advantage of rural living while still working remotely.
An exemption to lockdown rules allowing for 'click and collect' purchases has seen many small businesses improve their online offering while contactless payments are now commonplace even in small firms. The mighty French bureaucracy is also moving an increasing number of processes away from paper forms and online, speeding a transformation that was already underway.
8. The French really don't want vaccines – until they cant have them
France's reputation as a vaccine-sceptic country was already well established, but even in the face of a pandemic between 40 and 50 percent of people have been consistently telling pollsters they are not sure whether they will get the Covid vaccine.
Attempts at reassurance and persuasion from the government failed to budge levels of vaccine scepticism and the numbers only started to fall when it became clear that vaccines were in short supply in France and many elderly and ill people could not get an appointment.
READ ALSO How worried does France need to be about its vaccine-sceptics?
This lead some to joke that that glacially slow pace of the beginning of the rollout was a government ploy to outrage the French and lead to them demanding more vaccines.

French vaccine joke doing the rounds – gist of it is the Englishman is told to be vaccinated, the German ordered, the American told that his neighbour got it first and the Frenchman . . told he does not have the right to be vaccinated. At which point he demands the vaccine! pic.twitter.com/owcPUKkktS

9. Fraternité isn't just something carved onto buildings
As most people can tell you, the official motto of France is liberté, egalité, fraternité and in case you ever forget it's carved on the front of every public building in France.
But as liberté was drastically curtailed, the third part of the motto became the most important and politicians repeatedly exhorted the French to display fraternité and solidarité towards the old, the ill, the vulnerable and the healthcare system. Fraternité means accepting limits or inconveniences on your own life in order to protect others and it's an important part of the national psyche, and perhaps explains why most French people did mostly follow the rules.

10. Some clichés survive even Covid
The question of what is essential has been a key question for all countries this year, and France that has been wine, bread and cheese. During the spring lockdown when all non-essential shops were closed, boulangeries, fromageries and wine shops remained not only open but frequented.
At a time when every trip out of the home required filling in a lengthy form you might have thought that French people would have decided to forego their daily trip out to buy a baguette but this was not the case and queues stretching out of the boulangerie and onto the pavement were and remain a common sight. Some things even pandemics can't change.