All three of Germany's Covid-19 vaccination priority groups, including everyone over the age of 60, should be offered their first jab by the end of June, according to a new report.

The prerequisite is that all manufacturers of Covid-19 vaccines deliver on their promised quantities, according to a new overview from the Health Ministry, which was viewed by DPA.

If more doses became available, this goal could be reached earlier, experts say.

The highest priority in Germany for vaccinations is given to residents of old people's and nursing homes, people over 80, nursing staff, as well as employees in medical facilities who are exposed to a high risk of infection or who have close contact with vulnerable groups.

The second priority group includes people over the age of 70 and people with serious underlying health conditions.

This group also includes people with Down's syndrome, people recovering from an organ transplant, dementia sufferers and people with mental disorders living in care homes, plus those working there.

Doctors and other health care workers who have a higher risk of exposure to Covid-19 are also in this group as well as key workers who help maintain hospital infrastructure.

The third category includes people over the age of 60, chronically ill people, as well as key workers such as police, nursery educators, teachers and retail workers.

Other critical infrastructure workers, including those maintaining power, water, and food supplies, people working in transport, pharmacies and waste disposal are also in this group.

It also includes any remaining health workers not in the first two groups.

People working in places particularly badly affected by Covid-19, such as meat processing plants and warehouses, will also form part of this group.

The rest of the population will follow these groups.

READ MORE: How Germany will roll out Covid-19 vaccinations

How is the timeline being worked out?

The modelling of vaccination scenarios has been prepared by the Central Institute for Statutory Health Insurance (ZI) for the government after Germany's vaccination summit which was held on February 1st.

In it, the experts anticipate difficulties in the states administering the growing number of vaccine doses to people.

“As early as March, the capacity of vaccination centres may no longer be sufficient to use all available doses,” says the initial findings.

After the vaccination summit, Chancellor Angela Merkel (CDU) had reiterated the goal of offering vaccinations to all citizens by the end of the summer on September 21st.

According to the the ZI's scenarios, this could be achieved by mid-August if all the vaccines in question are approved and supplied. If only the three already approved vaccines are allowed to be used, it would take until around mid-September.

What's the current status of vaccinations in Germany? 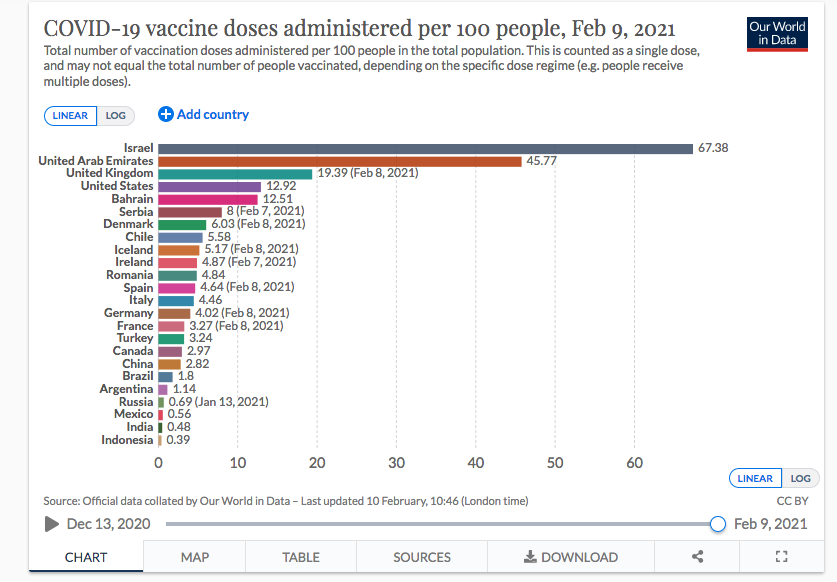 Source: Our World in Data

Germany's states are currently giving out vaccinations to the highest priority group.

As The Local has been reporting, progress has been fairly slow since the rollout started at the end of December. This has been due mainly to supply issues – partly blamed on the purchasing strategy of the EU – and logistical hurdles.

With the main providers – BioNTech, Moderna and AstraZeneca – all failing to deliver the agreed amount of doses for the first quarter of the year, vaccine centres across Germany have been underused or even empty since the rollout started at the end of December.

Progress in Germany is expected to pick up in April after more vaccine doses are delivered.

READ ALSO: How can Germany increase its supply of vaccines