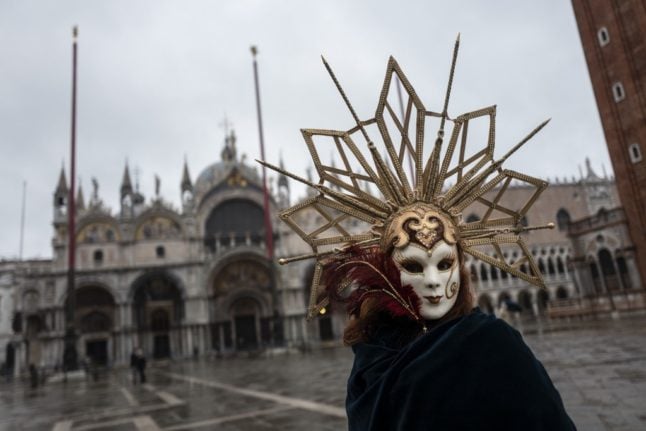 “What hits me most is the silence. You've always been able to hear music during the carnival, people having fun. But Venice in the fog — it's still a magical place.” 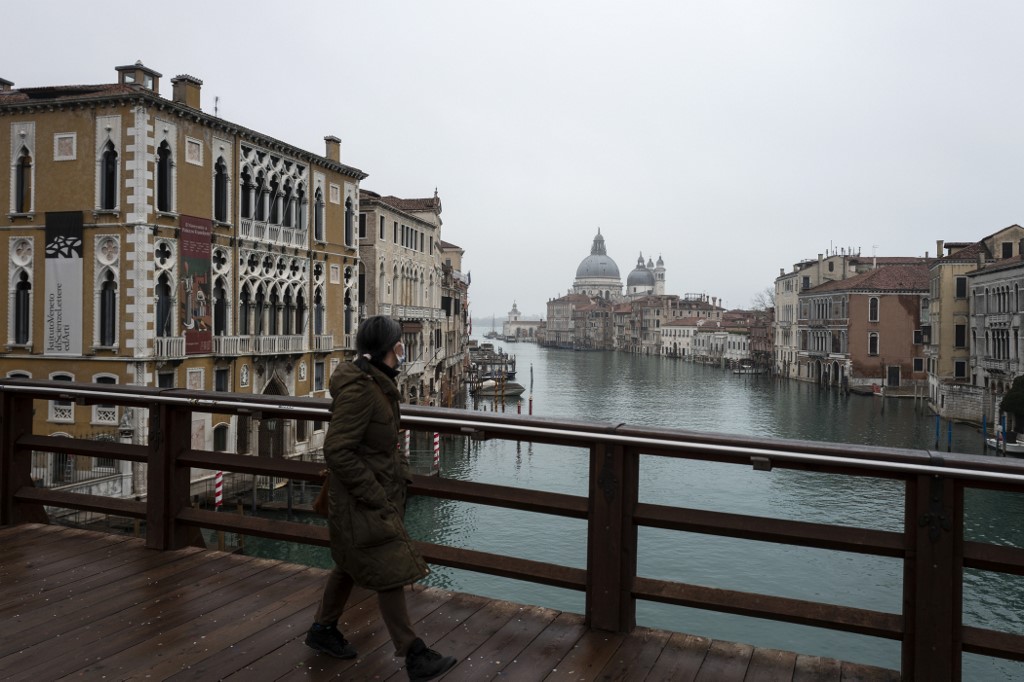 Ragazzon and her husband had ventured into Venice from their home around 50 kilometres away.

Italy relaxed its coronavirus restrictions on February 1st, allowing greater freedoms in most regions. Venice is among the areas now under a lower-risk “yellow” category — but residents are still not allowed to travel outside the region.

A short walk from St Mark's Square, Hamid Seddighi, dressed in paint-splattered overalls, was making a carnival mask in his workshop, moulding and smoothing it with delicate precision. 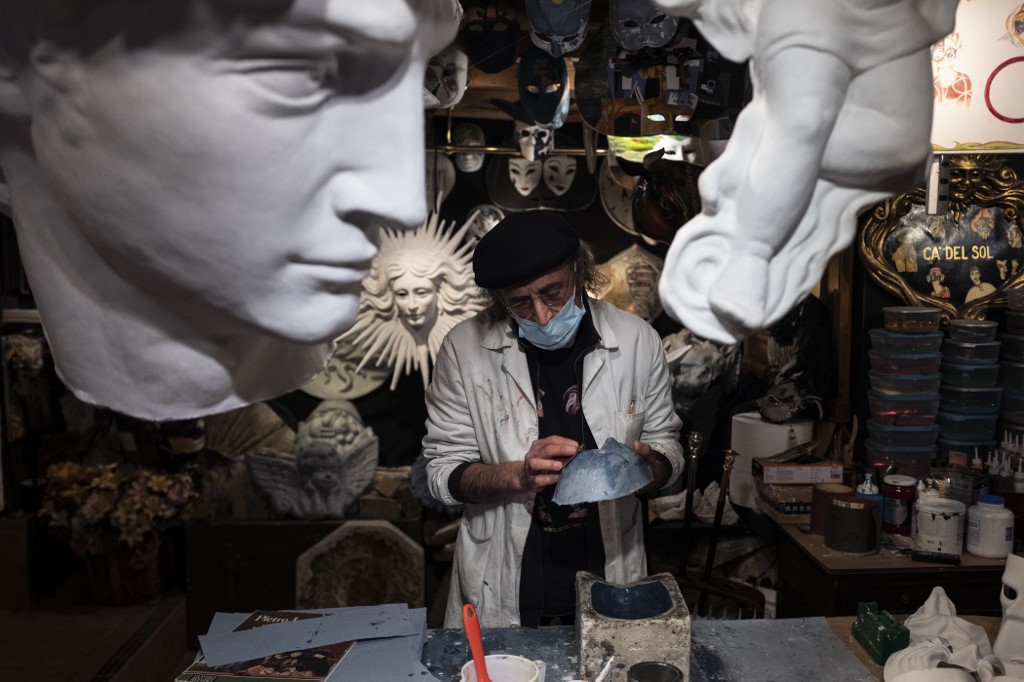 But his creations have been piling up without takers. The pandemic has pushed his revenues down 70 percent — mainly due to the lack of foreign tourists, his main clientele.

“It was love at first sight for me and these masks,” said the 63-year-old, who moved to Italy from Iran. “I've been making them for 35 years. But it's tragic — I have only sold two for the carnival.” 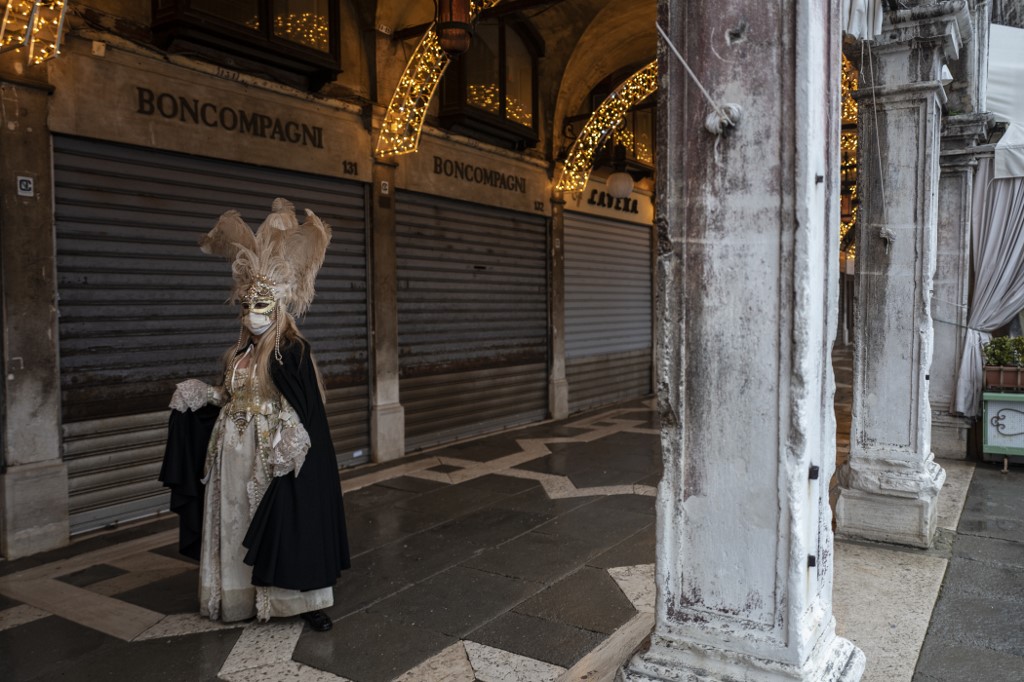 Pre-pandemic, the carnival brought some 70 million euros to Venice's coffers, according to city hall, with more than half a million tourists flooding in.

The local artisans' association has launched a discount campaign to encourage residents to take part in this year's festivities in the absence of foreign visitors.

“Venice carnival — masked… and with masks”, runs their slogan, a nod to the ubiquity of face-coverings both festive and protective. 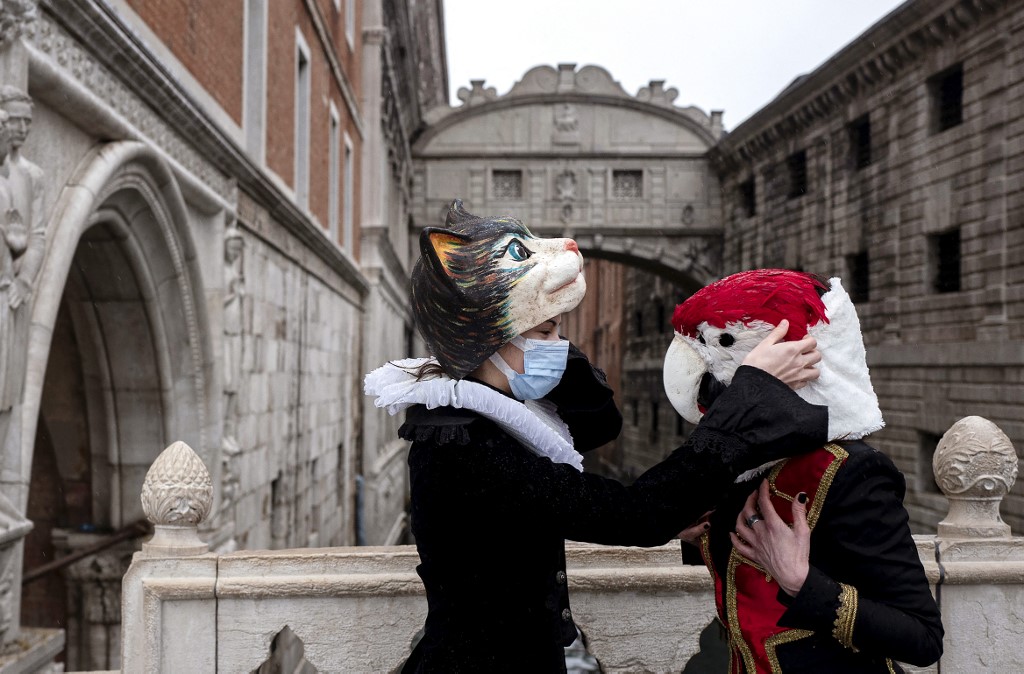 Despite the gloom, the association's director Gianni De Checchi sees an opportunity for residents to reclaim a city where overtourism has brought with it a slew of negative effects, from pollution to rocketing rents.

“It's an opportunity for Venetians to reappropriate and rediscover their town,” he said.

“For the past 25 years, mass tourism has unravelled the socio-economic fabric of central Venice. And in a way, it has led the carnival astray.” 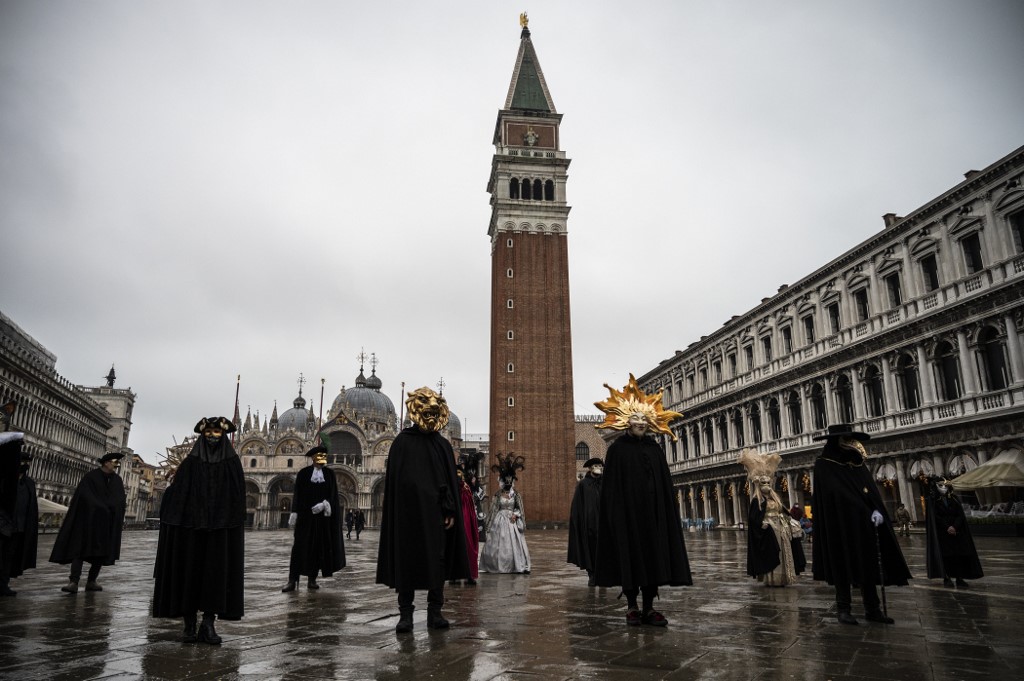 Venice authorities were forced to cut short last year's carnival when the pandemic took hold. This year it is moving some of the celebrations online, with videos showing Venetians in full carnival regalia.

READ ALSO: 'Venetians want you to know and experience their city': A crowd-free weekend in Venice

“It's a way of reinvigorating the ties which bind us to the millions of people who love Venice,” said Simone Venturini, deputy mayor for tourism.

A stately dance on the Rialto bridge, performed by a group of carnival-lovers in baroque costumes, is among the scenes that have been filmed. 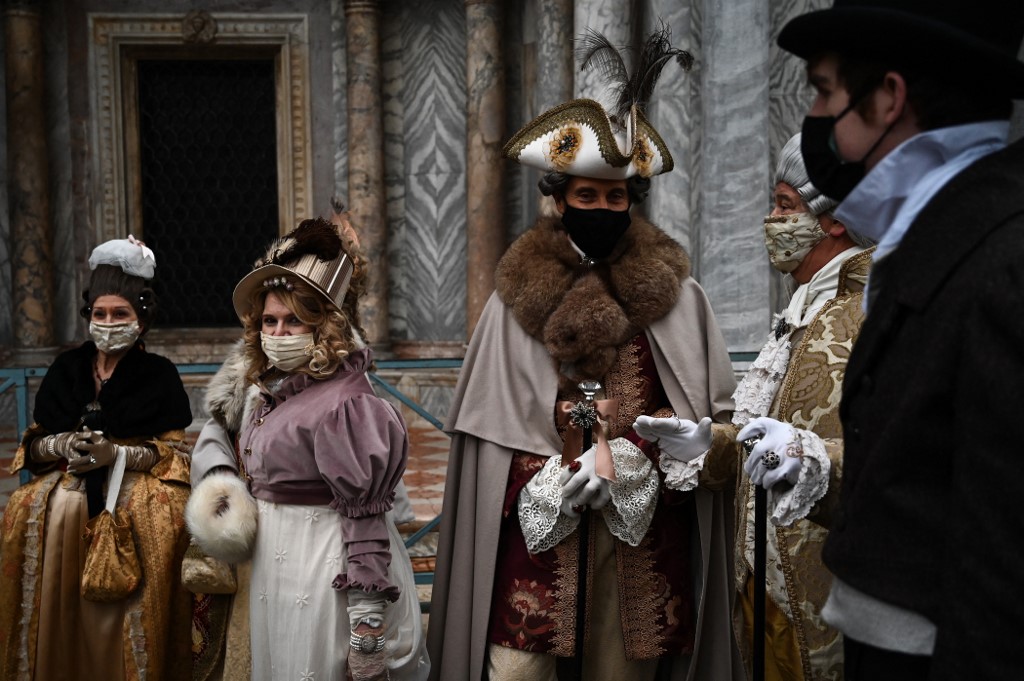 “We wanted to show that Venice is not a dead city — that we can have fun even in the middle of Covid,” said one of the dancers, Armando Bala, decked out in a red velvet frock coat and a curled white wig.

With his wife Arnisa, Bala has managed the store La Bauta for more than 20 years, selling sumptuous period costumes and artisan masks. The carnival usually contributes about 40 percent of their revenues.

“We're not trying to make money — we just want to survive,” said Bala. 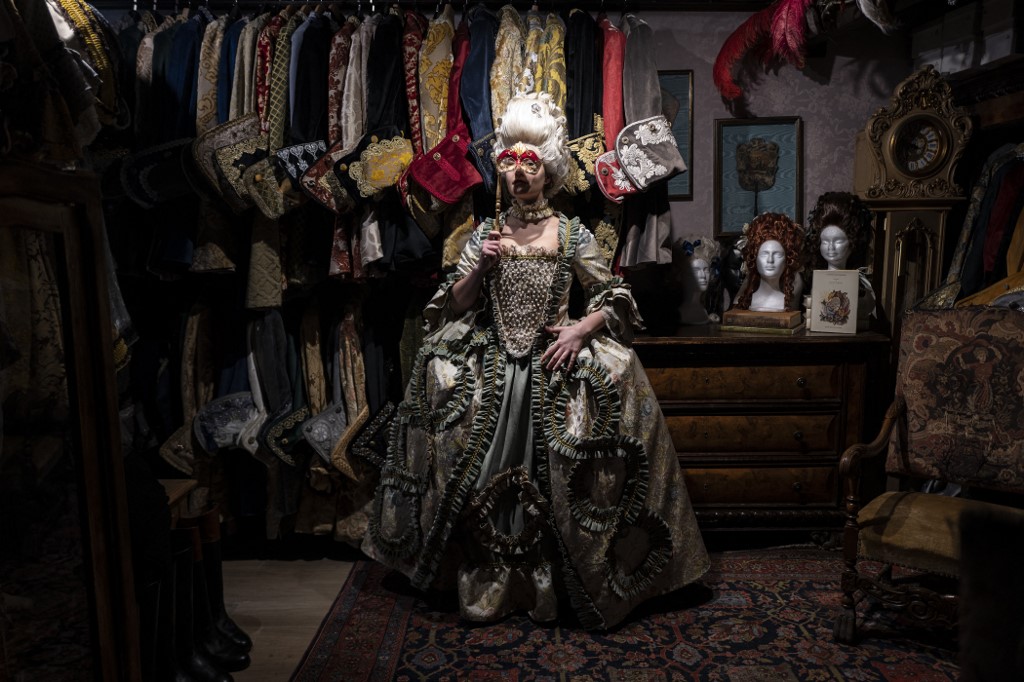 READ ALSO: EXPLAINED: Who can travel to Italy right now?