Thanks to a combination of the pandemic, shifting attitudes and technological advances it is now easier than ever to work remotely. Álvaro Villalobos meets a Spanish designer who has gone back to the pueblo.

Trained in Milan, up-and-coming Spanish designer Nicolas Montenegro has dressed Beyonce and Kylie Minogue, but with the pandemic, he’s gone back home to his village to launch his own brand.

Thanks to the internet and air links “there is no need to live in a big city,” the lean 31-year-old told AFP at his atelier in Lantejuela, a village of some 3,800 residents about an hour’s drive from the southern city of
Seville.

Sketches and fabric samples cover one table while wedding dresses are piled high on another in a room decorated with family photos. His three employees, all local residents, are busy cutting fabric. 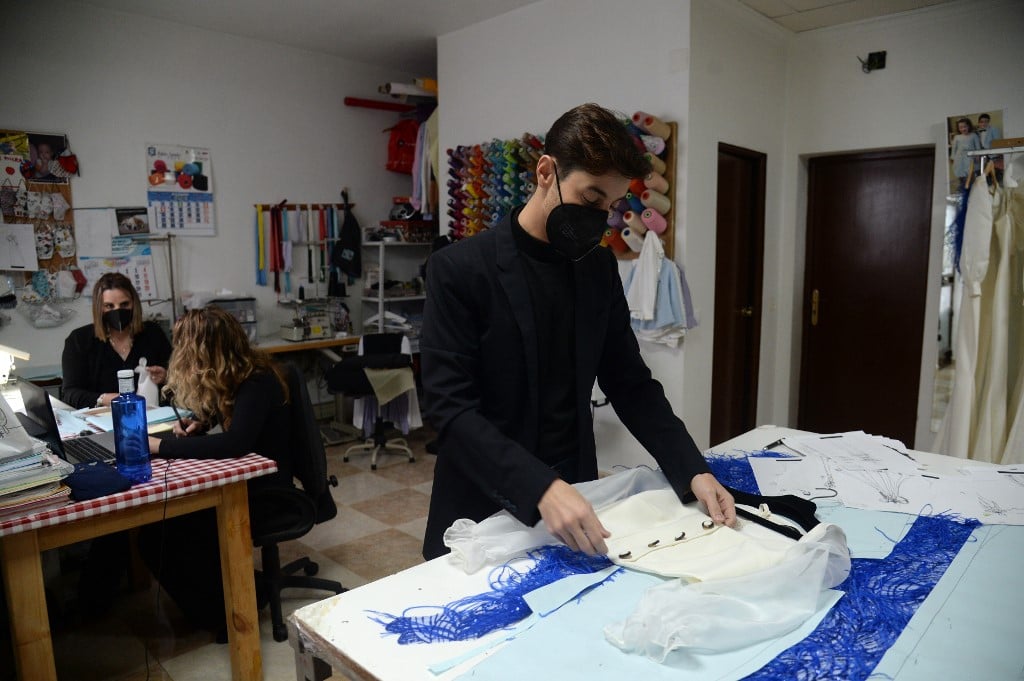 Going back to his village, which is surrounded by asparagus farms, is part of a global trend.

A combination of the pandemic, shifting attitudes and technological advances that make it easier than ever to work remotely, are prompting waves of people to move out of large cities and permanently relocate to more sparsely populated areas.

Then in 2018, he moved to Barcelona to work at Yolancris, where he designed the spectacular pleated tulle dress worn by Spanish urban music singer Rosalia to the Latin Grammys that year.

But when the pandemic hit in March and a strict national lockdown was imposed in Spain, Montenegro decided to move back to Lantejuela to be closer to his father who had cancer, and who died in November after catching Covid-19.

Encouraged by his father, Montenegro launched his own brand and first collection of wedding dresses called “Abril”, or “April”.

His sober, elegant gowns which mix vintage classics with a daring splash of exquisite cotton lace and dramatic bows have sold in Spain, Britain and Greece for €2,500 ($3,000) a piece. 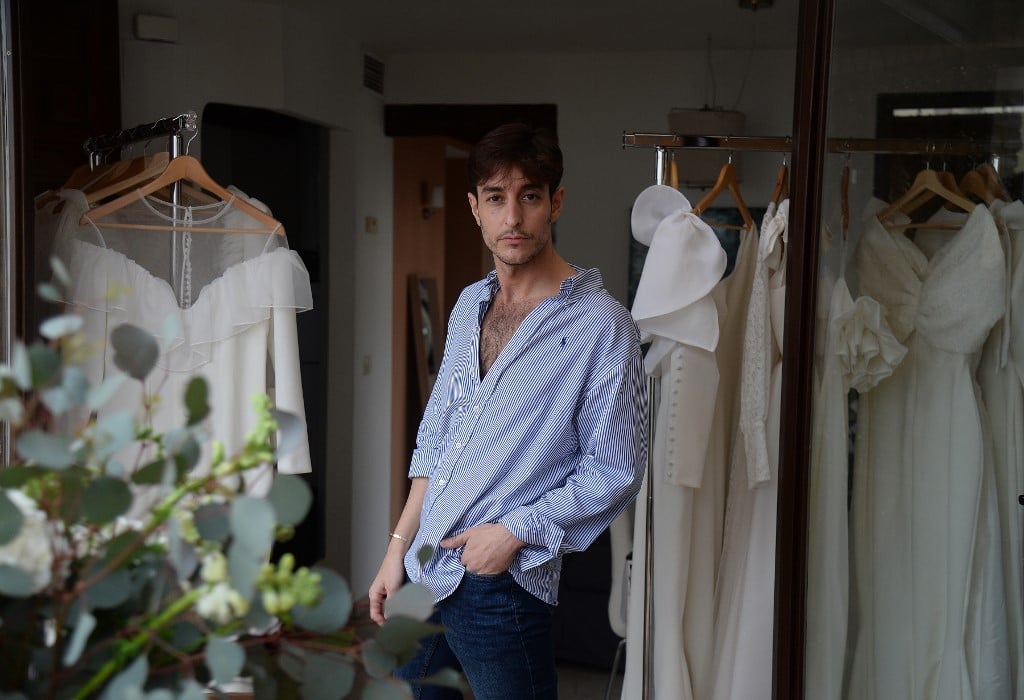 This time, his inspiration is drawn from the exotic tapestries decorated with tigers, deer and peacocks that his father brought back after his military service in Western Sahara in 1971, at the time a Spanish colony.

Montenegro plans to promote his collection in Madrid as well as online, a medium which has more scope than traditional fashion shows which “are over very quickly”.

“You don’t have time to enjoy it, and then everyone forgets,” he added.

“I launched the wedding dress collection online, I made promotional footage and each dress had its own video,” said Montenegro, calling this approach much more “functional”.

‘Helping us a lot’

His venture has boosted the local economy, which has been hit hard by the pandemic despite being home to generations of expert seamstresses who make flamenco dresses and children’s clothing.

“He is helping us a lot because there is nothing else” here, said Estefania Ponce, a 38-year-old mother who works at the atelier.

Unlike his Spanish peers who have found success abroad with unisex clothes for men, Montenegro — who as a child liked dressing dolls — focuses on women’s fashion.

He says his role model is his friend Alejandro Palomo, the 28-year-old designer behind the popular Palomo Spain brand which mixes Spanish traditions with modern twists.

Thanks to Palomo, Spanish designers “are once again being looked at abroad,” said Montenegro.

Palomo also has an atelier in his hometown of Posadas, located about 75 kilometres (45 miles) from Lantejuela.

“Without the village, we would be nobody,” said Montenegro.