It may feel like Groundhog Day every day lately, but some things will change in Italy this month. Here are the details.

From coronavirus measures to online bureaucracy, here's an overview of the expected changes for February.

Everyday life has already changed for many people in Italy this week. From February 1st, the coronavirus restrictions were eased in most Italian regions.

From Monday, 15 regions are ‘yellow zones’, allowing the daytime reopening of bars and restaurants, and greater freedom to travel within the region.

However, many other measures stay in place. For more details on the rule changes, click here.

Very little has changed however for people in the remaining regions – Puglia, Sardinia, Sicily, Umbria, and the autonomous province of Bolzano – which are designated orange zones until at least next week.

The zone restrictions are up for review every week based on the latest health data, and the next set of changes are due to be announced on Friday.

Stay tuned to the Local’s coronavirus news for the latest updates from Italy. 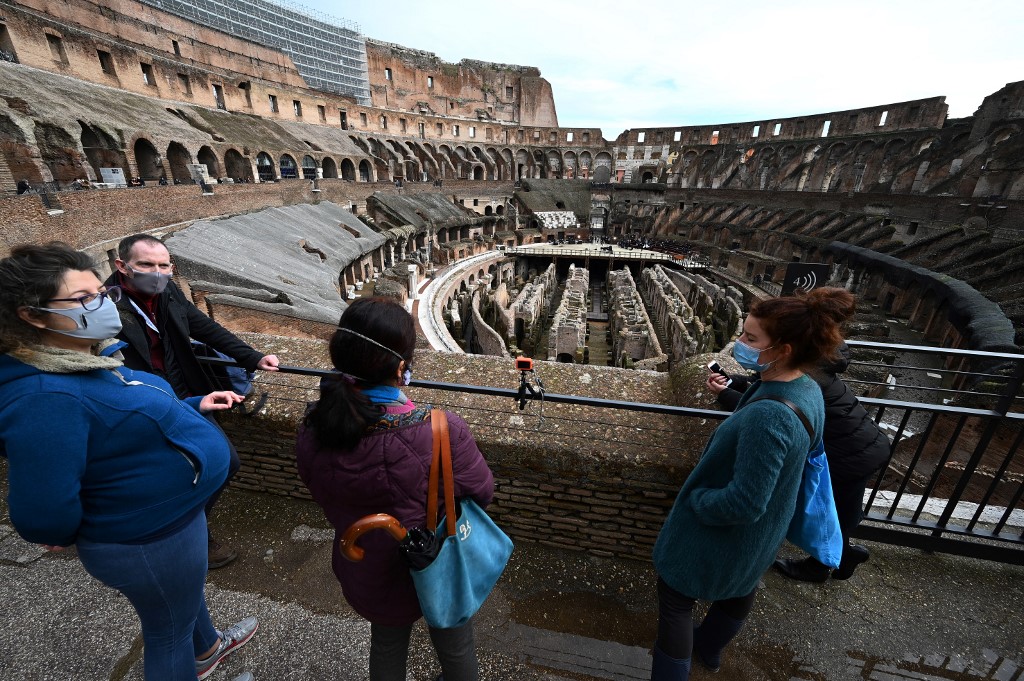 Rome's Colosseum has reopened from Monday to Friday as the Lazio region has been declared a 'yellow zone'. Photo: AFP

Will the regional travel ban be lifted?

Italy currently has a ban in place on non-essential travel between all regions, regardless of zone colour.

Travel between regions is currently only allowed for urgent reasons, such as for work, health, or to return home.

This rule is set to be revised on February 15th. There has been no indication yet as to whether it will be extended, but any changes will depend on the contagion rate.

Ski slopes are also closed in Italy until at least February 15th.

Italy’s coronavirus measures overall, under the current emergency decree, are set to stay the same throughout this month.

The next emergency decree is due on March 5th.

Many regions of Italy plan to start offering the Covid-19 vaccine to those in the over-80s age caegory during February.

Italy passed the two-million vaccines mark on Tuesday and you can take a closer look at vaccination progress by region here.

After a promising start to the programme, progress has been slowed down by a delay in the supply of vaccines from Pfizer.

As a result, the Italian government has had to revise its vaccination plan, saying some groups will face a “six-to-eight week” delay in receiving the vaccine. However, the details of vaccination schedules vary by regional health authority.

The national vaccination programme is still in phase one, during which more than six million people are to be vaccinated.

After that, the shot will become available to other groups under “phase two”, though it is not yet clear when that could start. See further details of Italy's vaccine plan here.

Amid the ongoing pandemic and economic problems, Italy is currently without a prime minister. The government remains in place in a caretaker capacity – meaning no big decisions can be made.

At the moment, Italy has a potential new prime minister – economist Mario Draghi – but everything still depends on wheather or not he can get enough political support to form a government.

While Italian politics is famously unpredictable, we can expect the current political crisis to rumble on for a little while longer yet.

You can follow The Local's latest updates on Italy's political situation here.

The way you access Italian public services will change from the end of this month.

Back in July, Italy published its “simplification decree”. This set of laws is aimed at streamlining some of Italy’s famously archaic bureaucratic processes and making certain services easier to access digitally.

Some measures included in that decree come into force on February 28th.

By February 28th, all official services must be accessible using either the SPID or the CIE.

These two electronic ID systems are set to replace varous other login credentials, all of which will remain valid until expiry – no later than September 30th, 2021.

From the 28th, all digital services are also supposed to move to the government’s IO app, which is what you’ll need to use if you want to access public services from your smartphone.