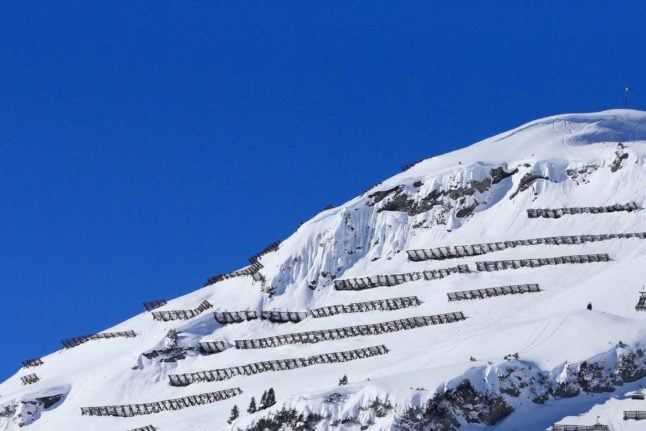 Is the pandemic to blame for Austria's avalanche deaths? Photo: ALEXANDER KLEIN / AFP

But authorities in the Tyrol region had warned on Thursday of an increased risk of avalanches due to rain and snowfall combined with strong winds and changes in temperature.

A 37-year-old man and a 38-year-old woman, both from the region, “set off an avalanche at an altitude of 2,100 metres (6,890 feet)” in the Sellrain district on Saturday, the Tyrol police department said in a statement.

“They were both totally buried by the avalanche and their bodies could only be recovered on the evening of January 31,” the statement said. On Saturday the police had announced the death of a 16-year-old German boy in the Kuehtai area.

He did not have any detection equipment and was skiing off piste with two friends at an altitude of more than 2,600 metres when he was struck by loose snow.

A 48-year-old Austrian was also killed by an avalanche on Saturday while cross-country skiing in the resort of Axamer Lizum. Four further avalanches were also reported in Tyrol on Saturday but did not cause any deaths.

In recent years an average of around 20 people have been killed annually by avalanches in Austria.

For the winter of 2019/20 the number was lower, at 13, in part due to the season being cut short by the first coronavirus lockdown.

Is the pandemic to blame for avalanche deaths?

In neighbouring Switzerland, where higher than average number of avalanche deaths have occurred this winter, experts have blamed the coronavirus pandemic along with harsher than usual weather conditions.

The pandemic has cut mobility and brought tourism almost to a standstill, but some experts have argued that lockdowns and other coronavirus measures have contributed to the higher than usual death rate.

READ: Is the pandemic to blame for Switzerland's spate of avalanche deaths?

As reported in Switzerland’s Neue Zürcher Zeitung, the one commonality between all of the fatal accidents is that they happened ‘off piste’, i.e. not on the secured slopes where the vast majority of skiers ski.

With many concerned about the potential for contracting the virus – and with ski resorts experiencing record popularity – the idea of going off piste has become more attractive.

But with Switzerland experiencing significant snowfall in recent weeks, the risk of avalanches has grown. 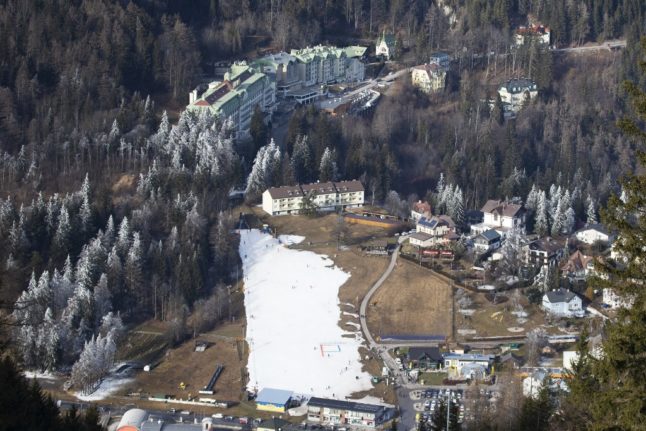 Brown hillsides and slivers of snow – a common sight across Europe’s Alps, and a far cry from the winter wonderland tourists had banked on.

From Austria to France, Italy and Switzerland, slopes have melted away – with temperatures too high even to make artificial snow. Many lower-lying resorts have had to close, while others are offering reduced services.

“In the last days it’s not been cold or wintery… so winter holidaymakers probably don’t really feel like skiing,” Nazar Nydza, managing director of the Semmering Hirschenkogel Bergbahnen told AFP.

Until Monday, it had not snowed for weeks in Semmering, and temperatures had not dropped below minus three degrees Celsius (27 degrees Fahrenheit) in days, meaning it has not been economically viable to make artificial snow, according to Nydza.

About a third of the slopes were closed in the small resort, which still held a World Cup race at the end of December and lies less than 100 kilometres (60 miles) south of Vienna.

“It’s a shame. It would have been nice to come to Austria in the middle of winter and see it all snowy,” said Gregor Macara, 34, a climate scientist from New Zealand who was visiting a friend.

Further west, in Switzerland’s Leysin, near the border with France, student Alexis Boteron, 19, said that with artificial snow, “it’s not the best conditions for skiing”.

But he said it is “always a pleasure, we’re with our friends, we have fun.”

Many expressed worries about the ever hotter temperatures and lack of snow.

Jean-Marc Gross, a hiker from Lausanne, said he felt “a little bit of anxiety about… what is happening to our climate and the future.” 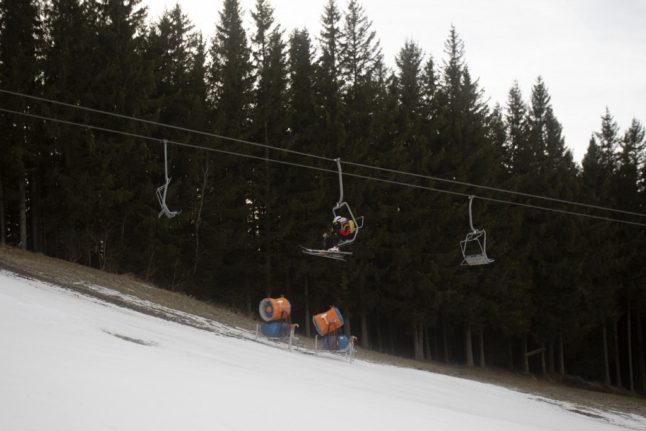 Many alpine ski resorts have closed fully or partially because of the lack of snow and high temperatures as Europe has seen what experts have said is “extreme” warm winter weather. (Photo by Alex HALADA / AFP)

Besides the lack of snow in Austria, an increase in the number of deadly ski accidents has also made headlines.

So far this season 13 people have died in ski accidents, compared to a 10-year average of seven for the same period, the Austrian Alpine Safety Board said in a statement last week.

Though investigations are ongoing, some have said the lack of natural snow is making conditions tougher.

Amid such negative headlines, ski resorts and tourism officials across the Alpine regions are putting on a brave face after two years of coronavirus-related restrictions.

They say the final visitor numbers at the end of the season will matter – so if it snows again, numbers could still be positive.

“The pre-season (before the holidays) was better than expected that means people want to ski, people want to come back and do winter holidays,” said Walter Veit, president of the Austrian Hotelier Association, which represents mostly high-end hotels. 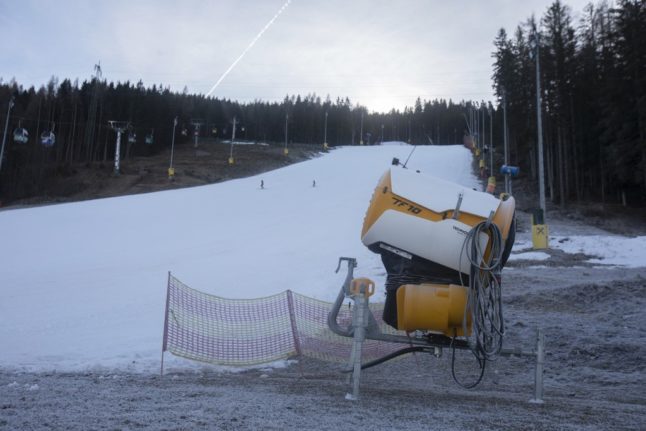 A snow cannon is seen on the side of a ski slope at the Semmering Pass in the wintersport resort Zauberberg im Semmering, Lower Austria on January 8, 2023. (Photo by Alex HALADA / AFP)

Yoga instead of skiing

Some ski stations have already moved to offer alternative activities, seeking to make up for the lack of snow.

The Swiss resort of Flumserberg, near Zurich, where just around a third of the length of slopes were open late last week, has organised special offers, including dance and yoga courses for those holding ski passes.

READ ALSO: Where are the best places to go skiing in Austria?

Anna Reiner, visiting from Zurich, said it was “worrying when you always have temperatures getting higher and higher”.

“Today we went hiking, which was fun, but it’s not the same,” she said.