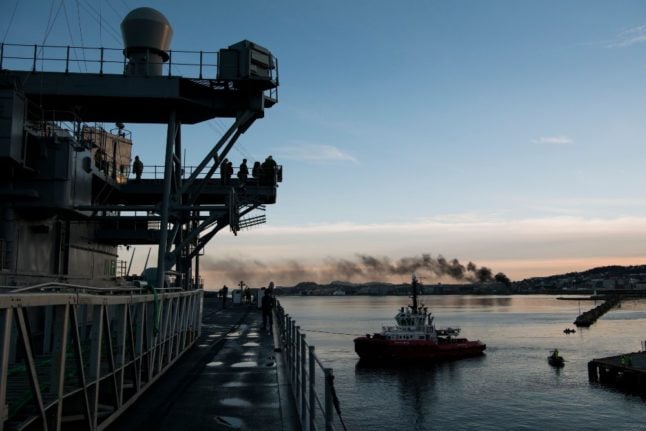 The USS Mount Whitney during a Nato exercise in Norway in 2018. Photo: AFP

The Joint Viking manoeuvres were to involve 10,000 soldiers, including 3,400 from the United States, Britain, the Netherlands and Germany.

“Norway, along with the rest of world, is faced with a challenging situation,” Defence Minister Frank Bakke-Jensen said in a statement on the cancellation of Viking and another exercise, Rein I.

“We must be one step ahead to try to avoid the spread of the mutated and more contagious variant of the virus.”

Some 2,800 soldiers from the allied countries were already in place in the northern Troms region and “there will be a controlled and well-planned departure,” Bakke-Jensen said.

Last weekend Norway imposed the strictest measures since March in Oslo and the surrounding region after the discovery of the British coronavirus variant in a retirement home.

It had already cancelled the Cold Response 2020 manoeuvres in March which were to involve more than 15,000 Nato soldiers, also because of the coronavirus.