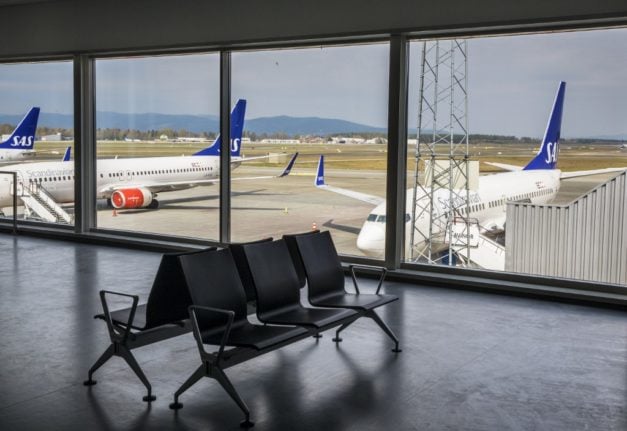 “From midnight Thursday to Friday, Norway will introduce the strictestrules in this territory since March 12,” Prime Minister Erna Solberg told anews conference. “In practical terms, the border will be closed to all those who do not live in Norway.”

She added that a handful of exceptions would apply, including for health workers arriving from Sweden and Finland, and people transporting goods.

She added that a handful of exceptions would apply, including for health workers arriving from Sweden and Finland, and people transporting goods. Also exempt are energy and defence workers as well as foreign journalists.

The restriction applies however to foreign athletes as Norway prepares to host international ski trials in the next few weeks.

The Nordic nation, which is not a member of the European Union but is part of the passport-free Schengen zone, aims to re-evaluate the measure in two weeks.

The kingdom, which has one of the lowest infection rates in Europe, said it aims to keep the health threat under control.

“We see that other countries have passed from low infection rates to an uncontrolled spread in the space of a few week,” Solberg said, citing Ireland.

The new curbs add to entry measures for the country that were already among the strictest in Europe. For example, it requires people to have a negative

Covid test before entering the country, register with the local authorities and respect a quarantine.

At the weekend Norway imposed new restrictions in the Oslo area after an outbreak of the new, more contagious variant first detected in the UK.

That prompted both Sweden and Finland to effectively close their borders with Norway.

Despite the worrying outbreak of the new variant the rate of infections in Norway has been slowing of late.

As of Wednesday, Norway had recorded 51,594 cases of Covid-19 and 556 deaths, according to the data from the Norwegian Institute of Public Health (NIPH). But a new report published by the institute also gave grounds for cautious optimism.

The report shows that the number of new cases has been more than halved between the first and third week of the year, from 4,645 to 2,180. The institute warns, however, that the number of people tested also fell in the same period.

The share of people who tested positive for Covid-19 nevertheless declined from 2.5 percent to 1.1 percent.

The virus' reproductive number (R) is now also estimated to be 0.6, meaning that ten infected people on average pass the virus on to only six more people. In other words the spread of the virus is receding.

The move follows a crippling 15-day pilot strike, also in July, that cost the carrier between $9 and $12 million a day.

The pilots were protesting against salary cuts demanded by management as part of a restructuring plan aimed at ensuring the survival of the company.

SAS said it has entered “into a debtor-in-possession (DIP) financing credit agreement for $700 million with funds managed by Apollo Global Management”.

SAS had filed for Chapter 11 bankruptcy protection in the United States and said the “DIP financing, along with cash generated from the company’s ongoing operations, enables SAS to continue meeting its obligations throughout the chapter 11 process”.

“With this financing, we will have a strong financial position to continue supporting our ongoing operations throughout our voluntary restructuring process in the US,” SAS board chairman Carsten Dilling said.

SAS management announced in February the savings plan to cut costs by 7.5 billion Swedish kronor ($700 million), dubbed “SAS Forward”, which was supplemented in June by a plan to increase capital by nearly one billion euros ($1.04 billion).

Denmark and Sweden are the biggest shareholders with 21.8 percent each.

“We can now focus entirely on accelerating the implementation our SAS FORWARD plan, and to continue our more than 75-year legacy of being the leading airline in Scandinavia.”

SAS employs around 7,000 people, mainly in Denmark, Norway and Sweden. It has suffered a string of losses since the start of the coronavirus pandemic in early 2020.