Millions of people in Spain are going through difficult financial times due to the pandemic but that doesn’t mean that prices for day-to-day expenses such as groceries, internet and electricity are dropping. On the contrary, many daily costs are in fact rising.

Buying a car is more expensive

In 2021 the EU introduced the Worldwide Harmonised Light Vehicle Test Procedure (WLTP) to measure fuel consumption and CO2 emissions from passenger cars in the bloc, as well as their pollutant emissions.

This will lead to an increase in the registration tax (impuesto de matriculación) on cars that exceed 120gr of toxic emissions, which will affect 80 percent of vehicles on sale in Spain.

On average, the forecast is for car prices in Spain to increase by 5 percent in 2021.

Public transport prices are dropping or staying the same

The pandemic has resulted in a drop in public transport usage across Spain due to both restrictions and fears of catching the virus.

This in turn has meant that public and private transport companies aren’t in a position to raise prices and further dissuade users.

Madrid metro prices will remain the same as they have been since 2013, Barcelona will freeze its rates after increasing them by 9 percent in 2020 and in Valencia ticket prices across its transport network (metro, bus, train, tram) will remain stagnant.

In Galicia, young people under 21 will continue to enjoy a free transport card this year.

Malaga will be the only province in Spain where metro and bus prices increase in 2021.

2021 is an important year for train travel in Spain despite the difficult circumstances, as the previously state-run network has been liberalised and a new player – Ouigo – is allowed to operate and compete against Renfe.

General ticket prices will be frozen but both Ouigo and Renfe’s new low-cost train Avlo will offer cheaper prices, with the latter now selling tickets from June 23 for as little as €5.

Regarding taxis, an industry which has lost more than 60 percent of its customers since the pandemic, rates will be frozen by town halls across Spain with the exception of the northern city of Burgos.

And last but not least – air travel – which is the transport sector that’s been hit hardest by the pandemic and, if restrictions allow for it, will see airlines drop their prices aggressively in order to recoup all the lost earnings and passengers the past year.

According to a study by industry analysts SoySuper, the costs of online grocery and regular shopping in Spain went up by 1.4 percent in 2020.

Another study by Spanish consumer group OCU found that the price of oranges (46 percent) cauliflower (40 percent) and lemons (38 percent) had risen exponentially.

Will this be the trend in 2021? While restaurants and bars remain subject to closures and restrictions, it seems demand for supermarket produce will remain high. 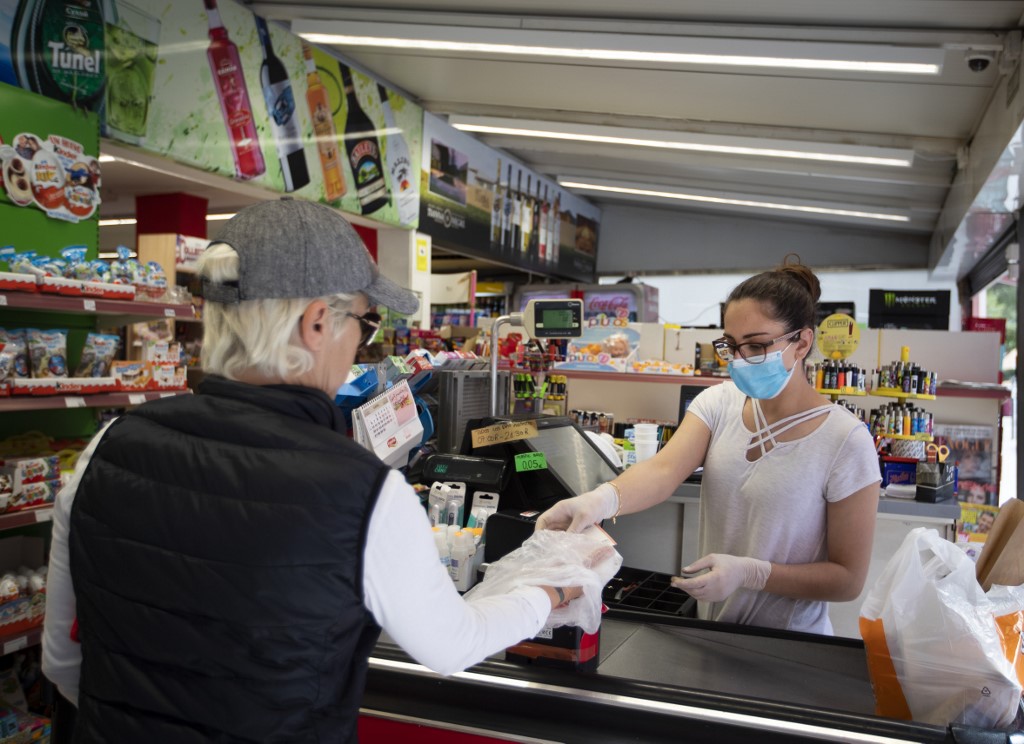 Another consequence of people being at home more often during the pandemic is that internet and telecoms companies in Spain have more leeway in terms of putting up their prices.

From January 18, Movistar’s Fusion pack of TV, mobile and fibreoptic internet will increase by €2 to €3 a month.

Vodafone already did the same in November 2020 and Orange has introduced some minor price hikes without a blanket increase in its monthly fees.

Other than the big internet providers, Euskatel is offering its clients the chance to double their internet speed from 100MBps to 200 for an extra €3, while Yoigo is yet to apply any price changes.

Tolls on Spanish motorways will drop slightly by an average of 0.11 percent but the real money saver is that more than 650km of motorways (mainly in Catalonia) will become toll-free this year.

However, 2021 may also spell the end of toll-free driving on most Spanish highways.

Find out more here: Will driving in Spain soon be dominated by paying motorway tolls?

Fuel prices in January reached an average price of €1.18 per litre for petrol (0.76 percent rise compared to December), while diesel has gone up by 1.13 percent to an average €1.06/l. By April 2021, that rate remained practically unchanged.

Although the drop in global fuel demand will take time to recover from the coronavirus crisis, 2021 is already seeing price increases across all fuel types in Spain, as has been the trend for the last six months.

The Spanish government is also planning a series of reforms aimed at making fossil fuels more expensive, which may lead to an increase in diesel prices of more than 10 cents per litre in 2022.

However, petrol is still cheaper in Spain compared to the average for the European Union (EU) and the euro zone, where a litre costs €1.28 and diesel costs on average €1.16.

The price of natural gas in Spain as regulated by the Government TUR index has been put up by an average of 5.97 percent, the first increase since the third quarter of 2018.

The price for TUR 1, which is mainly used by customers who use gas for hot water supply, will rise 4.6 percent, while the TUR 2rate for gas heating will go up 6.3 percent during 2021.

Despite the rise, for the average consumer of each tariff, the annual bill with the new TUR1 and TUR2 indexes represent a year-on-year decrease, compared to January 2020.

The 12.5 kg butane cylinder which around eight million households in Spain use for cooking, heating and hot water, will start the year costing €12.68. 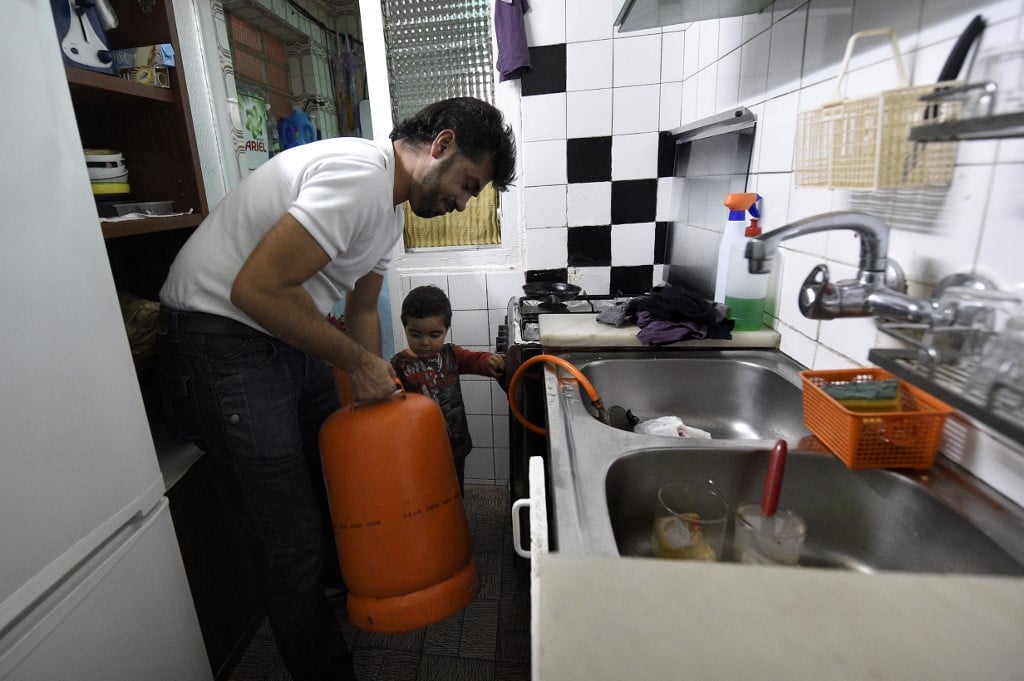 Higher demand, lower production of renewable energy and the increase in gas prices and CO₂ tax emissions have all led to a volatile start to the year in terms of electricity prices.

Within a matter of two weeks, average rates per megawatt have gone from €95 to €27, the lowest in the EU.

Storm Filomena was one of the main causes for the dramatic spike in early January, but what’s even more evident is the interest the Spanish press is taking in these electricity rates, with daily reports ensuring that the public can speak out if the government raises its rates at a time when most people are tightening their belts.

The general consensus among the experts is that this volatility won’t in fact affect the average customer’s bill that much as the fluctuations influence a small percentage of the rates that make up their bill.

Taxes on high earners have gone up

Tax on sugary drinks is up

Spain is a country most people around the world associate with a healthy Mediterranean diet, but obesity levels have been rising in recent years, especially among young people.

In 2018, 37 percent of adult Spaniards were overweight and 17 percent were obese, according to Spain’s Cardiology Society, and with the current trend the number of people in Spain who will be overweight in 2030 is expected to increase by 16 percent.

This could explain why there will be a tax increase on sugary drinks from 10 to 21 percent in Spain in 2021, from which struggling bar and restaurant owners will be exempt.

The tax hike will bring an additional €400 million into Spain’s public coffers.

Spain’s new Budget Law also approved an increase in the wealth tax on fortunes higher than €10 million, from 2.5 to 3.5 percent.

It’s the regions who have the final say on whether to impose this tax however; in some cases such as Madrid where the wealth tax is not applied.

Property prices are expected to drop

We’ve covered the subject extensively as Spanish property is one of the topics that interests our readers most.

The general consensus among the world’s top credit rating agencies was that 2021 is the year in which property prices will drop the most in Spain. But so far this year, property prices for second-hand homes in Spain have increased gradually, 0.71 percent in April.

Rents on the other hand have been falling by as much as 10 percent in cities such as Málaga, Madrid and Barcelona.

READ MORE: Spain’s property prices to see Europe’s biggest drop in 2021 and then rise in just one year: S&P

Most industry experts still believe there will be a drop in property prices (except for new builds) when Spain’s job market suffers the full extent of the coronavirus crisis and many Spaniards choose to sell their second homes. According to property portal Pisos.com, an average drop of 5 percent in property prices can be expected in 2021.