The new variant of the coronavirus has been confirmed in eleven new cases in the Nordre Follo municipality of Norway, bringing the total number of variant cases to 17, it was announced at a press conference on Sunday.

“We have received confirmation from the National Institute of Public Health of what we feared”, said mayor of Nordre Follo municipality, Hanne Opdan during a press conference on Sunday.

“We must expect to uncover more cases of the mutated virus”, she continued, as the municipality awaits answers to 250 more samples which are expected tomorrow.

“This was something we were anxious about coming, but which we had long hoped would not happen.”

One of the confirmed cases is a child of kindergarten age, VG reports.

On Saturday, Norway’s capital Oslo and nine neighbouring municipalities imposed strict shutdown measures, including the closure of all non-essential stores, after the more contagious coronavirus variant  was found in Nordre Follo municipality. 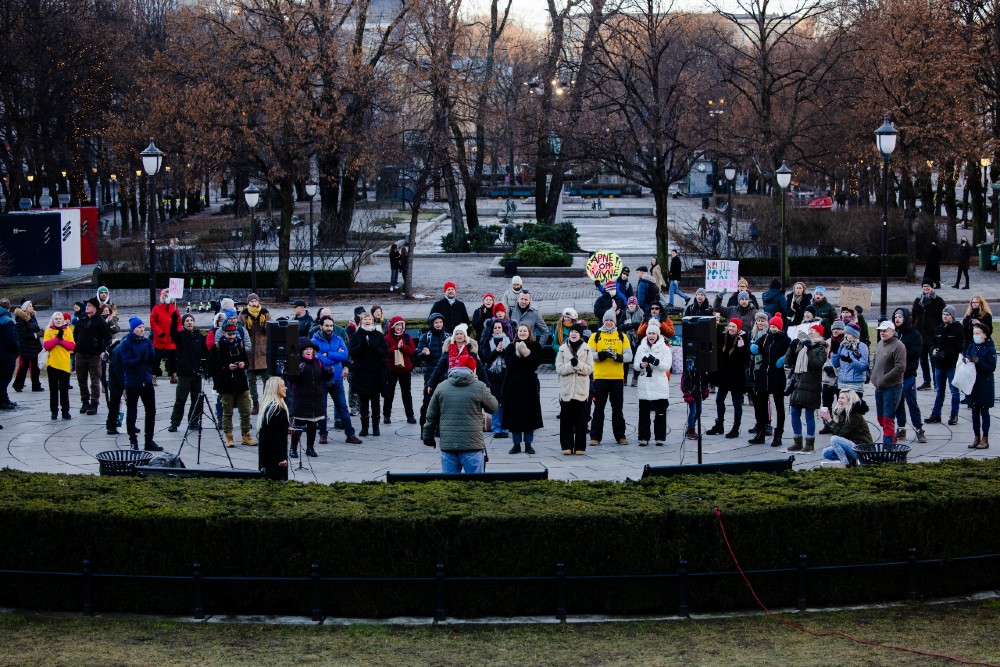 The Facebook group Red Hats – freedom rather than fear demonstrated outside the Storting building on Saturday afternoon after further restrictions were announced. Photo: Jil Yngland / NTB

The British coronavirus variant was first detected in Langhus Housing and Service Centre, at Nordre Follo, 30 kilometres (18 miles) from Oslo.

Two pensioners at the home, aged over 90, were found to have died with the variant, the public health institute said on Friday 22nd January.

The municipality has now found that 74 people have been infected with corona after the outbreak in the home.

A total of 17 are confirmed as being infected with the mutated virus.

Stricter measures may be announced in several other municipalities on Sunday evening, NRK reports.