In the Marche region of Italy, many small towns specialize in particular crafts. These skills have been developed over generations, with families carrying on traditions and talents over time, refining them and adding new layers.

This is done not so much for the tourist trade as for other Italians who appreciate finely honed works of art.

In the town of Montottone, clay-fired pottery is a big thing. We have met the Bozzi family that owns one of the artisanal workshops. Walking into their place is like turning the clock back two centuries. It is carved out of the thick, medieval-era city wall, with recesses and rooms connected by crooked staircases and narrow passageways.

Life in Italy: 'How our village kept its sense of community throughout lockdown'

The wheels and worktables are surrounded by plates, cups, vases, pitchers, and other utilitarian objects lined up on shelves in various stages of being finished. Some are awaiting the kilns, others have been fired and glazed. While basic shapes of the pottery have stayed the same, the current generation has enlivened them with modern, colorful glazes. Ancient skill and modern methods are fused together. 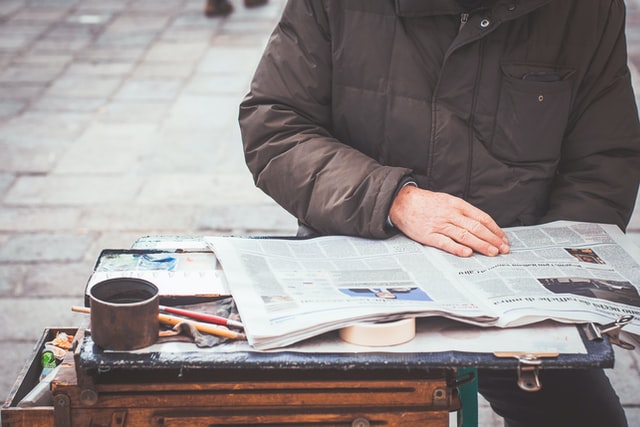 Another town, Offida, specializes in a unique form of lace known as tombolo. Workshops flanking the main street are open to passersby. Women, and some men,  sit behind small rounded work benches, making tiny weaves with colored threads pulled from spools held between their fingers.

Sometimes the lacework is traditional cloth. Other times they weave fine metallic threads to create elegant and feather-light earrings, bracelets, and necklaces.

Our own small village, Santa Vittoria in Matenano, specializes in music.

There is an annual music camp for youth from all over the country. They come for classes and recitals in space provided by the city in a restored palazzo. Visiting musicians stay for days or weeks and perform in the small, classic opera house, with its plush seats and semicircular arrangement of tiers of private boxes – a diminutive version of the grand theatres in other big cities.

READ ALSO: The ups and downs of buying a property for retirement in an Italian hilltop town

The city has its own band, which is the size of a small orchestra but without the strings. They play both well-known Italian songs as well as popular American selections, past and current. Words to the latter are apparently well known by people who live here, as they will often sing along to the instrumental music in English.

In 2019, before the pandemic closed these venues, the town was graced with the presence of a group of Japanese classic violinists who performed free in locations throughout the village.

So its not surprising for this town of only 1500 to have produced one very talented musical couple. Diego Mercuri and Giulietta Natalucci come from large families well-known in the area. We know other branches of the family; one provides us with garden supplies and plants each spring and delivers bags of pellets for the heating stove the rest of the year.

Both Diego and Giulietta take their music seriously. This is their calling, as it were. They play music on several instruments and sing. Giulietta’s mother, Tiziana, sometimes joins them on the pianoforte. 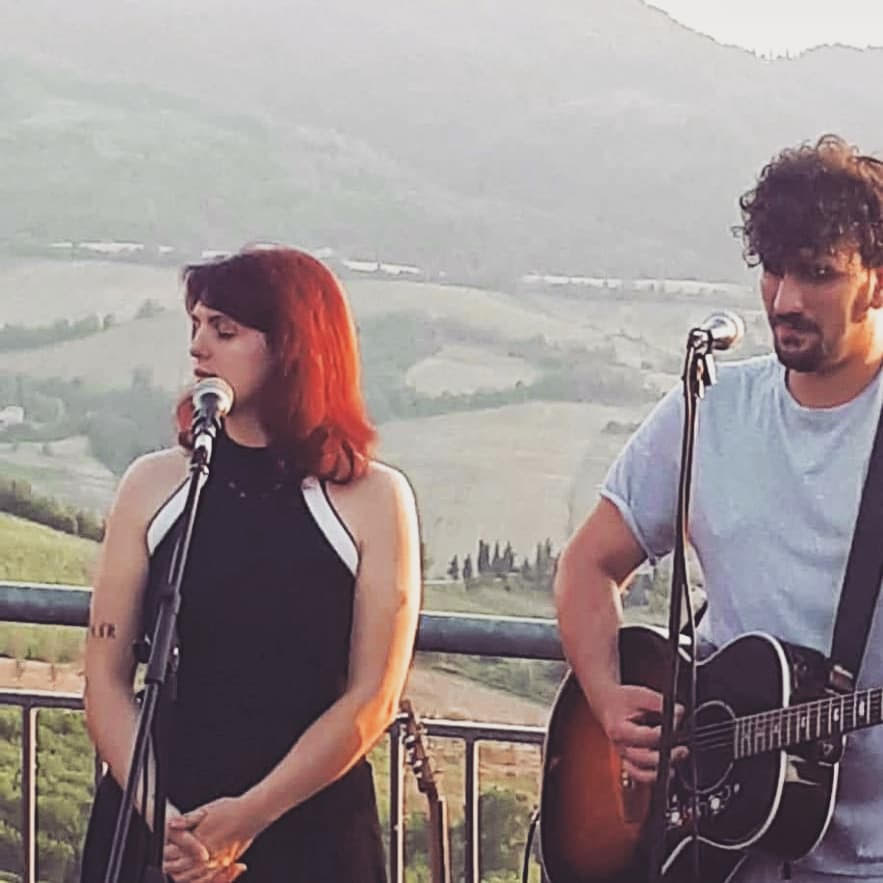 Diego and Giulietta perform at an outdoor concert. Photo courtesy of Mark Hinshaw

The couple is also determined to make the best of the limitations imposed during the pandemic. With performance venues closed, they have turned to the medium of the internet.

One free performance, held on a stage of a big theatre for visual effect, garnered 3500 online viewers – a far larger audience than any theatre space in this region. They made use of the talents of another creative group, Fucine Della Luce, also based in Marche, to create a video of the performance.

As for me, I enjoy seeing them perform live in their own house where they seem so close that they appear to be in the room. Diego does lament the absence of interacting with a live audience as he draws energy from the crowd.

Like many Italians growing up, they learned to play music at an early age. Giulietta’s mother taught her piano when she was six. Diego discovered his passion as a teenager. His father took him all over the country, exposing him to different aspects of Italian culture.

Now in their twenties, Diego and Giulietta draw inspiration for their compositions from nature, from their neighbors, and from their family. Their music has a soulful joy to it that expresses both sorrow and a clear lust for life.

For good reason. Last spring, Giuletta’s mother contracted Covid and was in the hospital for two months on a ventilator. She eventually recovered. Diego’s father was not so fortunate; he died from Covid.

Likewise, Giulietta’s grandfather, the much revered village pharmacist, contracted Covid; ten days later he also was dead. The family has seen more than its share of tragedy in the past year.

Life in Italy: 'Why I left Rome for a small lakeside village and never looked back'

Yet, neither Giulietta nor Diego are morose about the terrible events of the past year. They are gregarious, amusing, upbeat people, eager to refine their music, anxious to share it with others, and looking to the future.

Over a delightful snack recently they shared with us a popular phrase in the local dialect. “È jitu.”  It is pronounced, roughly, like “Eh gleetoo,” and is accompanied with a wave of the hand backward, past the head. There is no simple translation into English. But it essentially means, “Do not be deterred by something that happened in the past.”

Undeterred, Diego Mercuri and Giulietta Natalucci are moving into the future with their art and their lives intertwined.

Mark Hinshaw is a retired city planner who moved to Le Marche with his wife two years ago. A former columnist for The Seattle Times, he contributes to journals, books and other publications.

An earlier version of this article appeared on Seattle's Post Alley. 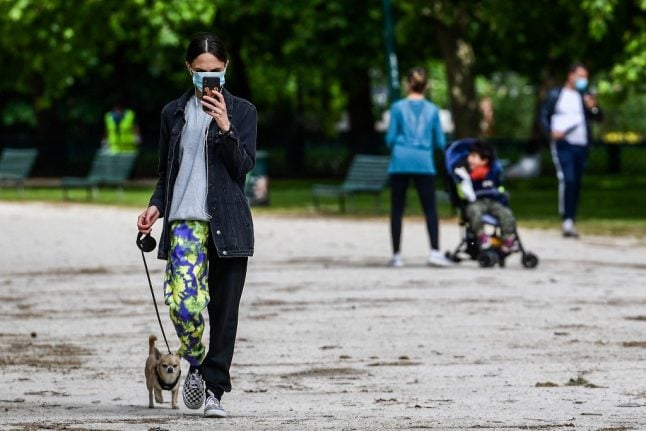 HUMOUR
‘Don’t leave your region, unless accompanied by a small dog in a mask’: Rewriting Italy’s coronavirus rules

HUMOUR
‘Don’t leave your region, unless accompanied by a small dog in a mask’: Rewriting Italy’s coronavirus rules
Url copied to clipboard!