The CDU leadership contest has officially begun as Armin Laschet, state premier of North Rhine-Westphalia, was elected as the new CDU leader. It marks the start of a string of 2021 elections in Germany, culminating in September’s federal vote — the first Angela Merkel won’t contest as Chancellor since 2005. But are people in Germany, including foreign citizens, ready to imagine life without her?

Only two people have occupied the top-floor office of Berlin’s giant Federal Chancellery building since its 2001 completion.

By the time Angela Merkel puts that office light off for the last time after September’s federal election, she will have led Germany for over half the post-Berlin Wall era, sat across top international tables from four American Presidents, and driven European policy through numerous existential crises—from the 2008 financial meltdown, resulting euro crisis, Russia’s Crimea annexation, 2015 refugee crisis, Brexit, and the ongoing coronavirus pandemic.

An 18 year-old first-time voter at the time of Merkel’s 2005 election would now be in their thirties.

Quite opposite to her reputation as a calm, collected leader – the Merkel era has often felt like a never-ending series of turbulent, unexpected events.

That contrast helps explain a major part of her appeal amongst many people in Germany. “In many ways, Merkel is a great crisis leader. She’s calm, she’s collected, she listens to the evidence, she’s very intelligent, and she’s very good at forging consensus and at considering all the different groups that might be impacted,” says Hamburg-based political scientist Marcel Dirsus.

“Merkel remains incredibly popular despite being in office for more than 15 years. She’s one of the defining political leaders of our time and to many Germans, Merkel has become synonymous with the office she holds. Succeeding her is, in many ways, a thankless task.”

Yet after so many years of having a stable, constant presence in the Chancellery, 2021 will bring one question into particularly sharp focus: what does Germany – and Europe – look like after Merkel? 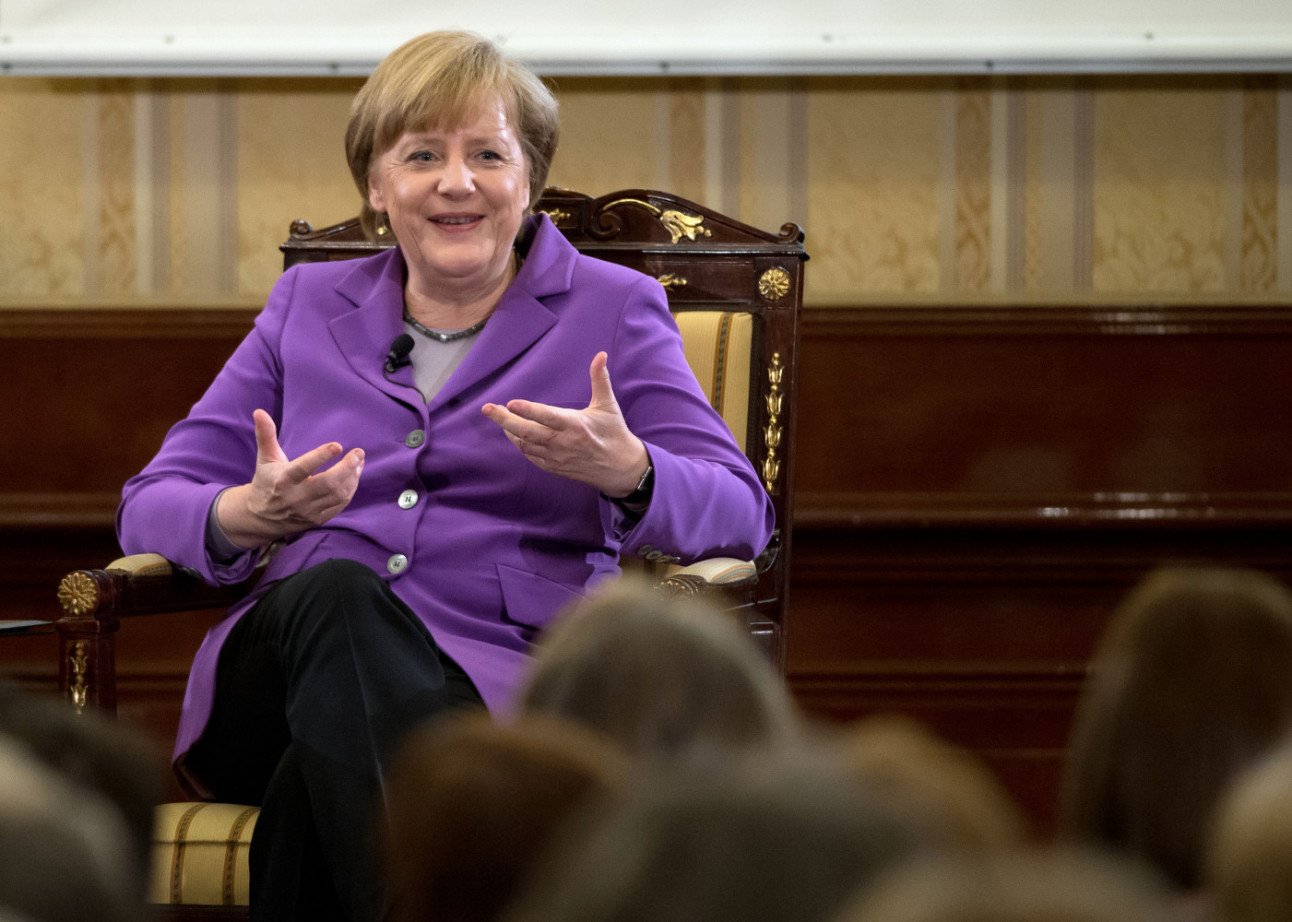 Merkel speaks to a packed audience at an event organised by the association ‘Meet Me’ in Berlin in 2013. Photo: DPA

“She’s been such a constant I didn’t even think about what would happen after her,” admits George, an American who has lived here with his German husband for almost ten years. “I’m wondering if I should be afraid of something now that I just wasn’t thinking of before.”

Alongside the biggest vaccination campaign in history, 2021 in Germany will be a “Superwahljahr,” or “Super election year.” This month’s CDU leadership contest merely marks the first event in a full political calendar.

In addition to the federal election this autumn, voters in Baden-Württemberg, Thuringia, Rhineland-Palatinate, Saxony-Anhalt, Mecklenburg-Western Pomerania, and Berlin will all cast ballots. Each will see party leaders lay out their plans for Germany after Merkel, at a time when many may not be quite ready to see her go.

“My main concern is the apparent lack of promising alternative to Merkel – someone with the same level of honesty and who always tries to do what’s best for Germany and Europe,” says Lorenzo, a Berlin-based Italian.

“I say this too as someone who would love to see a Chancellor who leans more to the left.”

If not Merkel, then who? National polls suggest Germans are still wrestling with this question. More than 50 percent polled in a recent survey answered that – on balance – her departure was not a positive development. “None of the above” received over 20 percent of votes in some polls about which candidate should lead her Christian Democrats into the next election.

With an approval rating of 72 percent after 15 years in power, she is still Germany’s most popular politician.

“I consider myself fortunate to live in Germany during the pandemic while she’s Chancellor. I’m worried her successors might not be as competent,” says Romain, originally from France. “I’m also worried the CDU might shift more to the right after she’s left.”

While some fear a rightward shift in German politics after Merkel leaves, others are concerned about where her departure leaves Europe as a whole – still in the middle of a crisis.

“So much of Germany’s ability to lead the EU comes from the stability she offers,” says Abraham, a Berlin-based Canadian. “She has so much political capital and goodwill in all the uncertainty that exists now and her successor may find that hard to follow.” 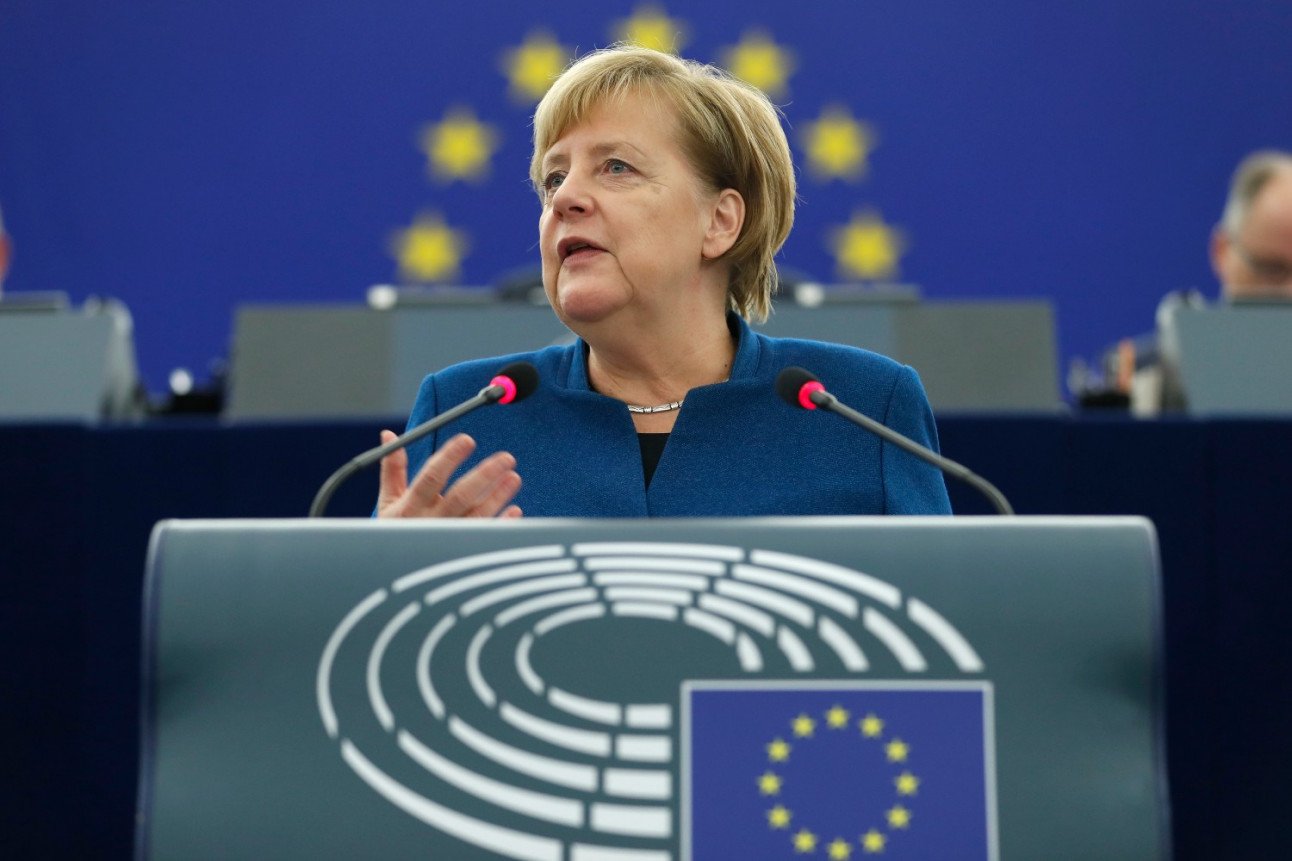 Merkel speaking at the European parliament in Strasbourg in November 2018. Photo: DPA

Some however, have a bit more optimism about what comes next, pointing out that all democratic leaders eventually have to leave.

“After 16 years, with all the good and the bad, the need for change is undeniable,” says Maria Paula Gutierrez, a Colombian who moved back to Germany in 2019 after completing her studies here eight years ago. “In both the medium and long-run, I think Germany will continue to hold its key place both regionally and internationally.”

Niko Tsitiridis, originally from Greece adds: “Merkel is an exceptional politician but we should be able to replace her without fear. The prosperity of a country should not rely on one person.”

Even so, like perhaps a good number of others living in Germany, he hopes for her successors to hold on to an element of her style. “Adopt a middle ground policy. No polarization.”

Aaron Burnett is a German-Canadian journalist specialising in international security, as well as European and Canadian politics. ‘We want to have a voice’: How Germany’s tough citizenship rules affect foreigners Angela Merkel: What did Germany’s first female chancellor do for women?