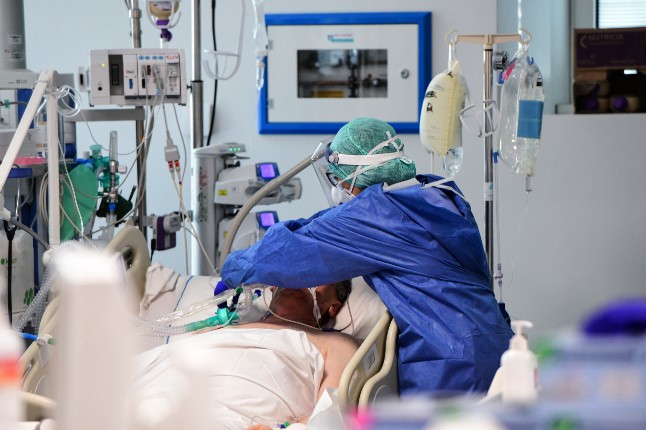 Medics treat a patient at Brescia Poliambulanza hospital, Lombardy during the spring peak. Photo: Piero Cruciatti/AFP
Francesco Zambon, a WHO coordinator based in Venice, is currently embroiled in an internal dispute over his allegations that the agency pulled the study at the request of a top Italian official who risked being embarrassed by its contents.
The WHO and the official deny any wrongdoing, but Zambon says what he sees as the failure to properly address his concerns has wider consequences for the agency.
“Now that we are about to go on mission to China, we must be sure that the WHO is free of any external influence, otherwise its independence is at risk,” he said in a telephone interview with AFP.
WHO experts probing the origins of the Covid-19 pandemic were this week denied entry to China, which has appeared reluctant to allow an independent investigation.
The UN agency previously faced strong criticism, led by the United States, for seemingly being too soft on China and its lack of transparency on the outbreak of the novel coronavirus.
“I believe that the world needs a WHO free of conflicts of interests, not just concerning the partners it works with… but starting with its own staff,” Zambon said.
World looking at Italy
The Italian, 47, has worked at the WHO since 2008, first in Moscow and most recently as coordinator at the body's European Office for Investment for Health and Development in Venice.
He coordinated work on a 102-page document analysing Italy's coronavirus response, after it became the first country outside China to face a major wave of infections.
The document was withdrawn a day after its release on May 13 — a decision that Zambon claims was to avoid embarrassing Ranieri Guerra, a senior WHO official who was previously a key player in Italy's pandemic planning.
Guerra, director general for preventive health at the Italian health ministry during 2014-17 and now a WHO assistant director general, denies any wrongdoing.
WHO Europe meanwhile said last month that the Italy report was pulled because it contained “factual inaccuracies”.
“There were no political considerations, I can reassure you,” the WHO's regional director for Europe, Hans Kluge, told reporters this week.
Zambon said there was an error in the report, but it was quickly fixed — and argued that publication would have helped other countries dealing with coronavirus.
“The entire world was looking at Italy,” he said.
Nevertheless, the document was released when most of Europe was already deep into the pandemic, and contained mostly familiar advice and recommendations.
The WHO said the report was never republished because by then the agency had found new ways for countries to share experiences of the pandemic.
Last month it made the document available to journalists to counter accusations of a cover-up.
The report said Italy's pandemic preparedness plan had not been updated since 2006, and the initial reaction of its hospitals was “improvised, chaotic and creative”.
Bergamo legal action
The controversy has caught the attention of prosecutors in Bergamo, the northern city that was the epicentre of Italy's initial coronavirus outbreak.
Both Guerra and Zambon have been questioned as part of an investigation into what went wrong in the early stages of a pandemic that has so far killed more than 77,000 people in Italy.
“I have great confidence in Italian justice,” Zambon told AFP. He believes his revelations have now caused him to be sidelined at the WHO, but claims his complaints have gone nowhere.
“I can no longer work in Europe because I've been isolated — the typical fate of the whistleblower,” he said.
WHO Europe has refused to comment on any issues surrounding individual staff members.
Zambon added: “The risks for me are quite irrelevant, what I don't want is all this to be swept under the carpet.
“It is a question of conflicts of interest and internal compliance mechanisms.” 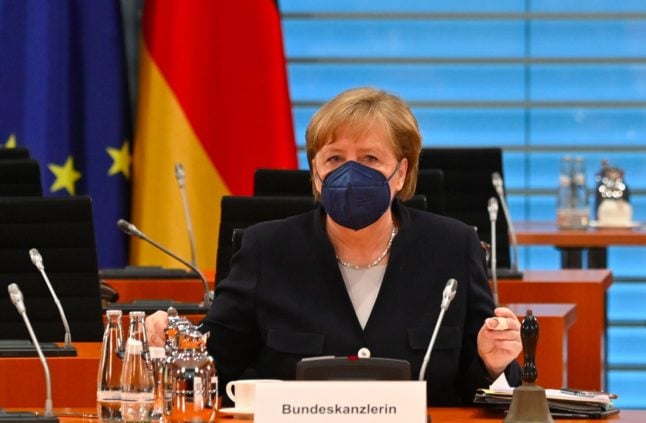 The WHO Hub for Pandemic and Epidemic Intelligence, which will start operating later this year, is set to analyse data quickly and in detail, in order to predict, prevent, detect, prepare for and respond to risks worldwide.

The hub will try to get ahead of the game, looking for pre-signals that go far beyond current systems that monitor publicly available information for signs of emerging outbreaks.

“The Covid-19 pandemic has exposed gaps in the global systems for pandemic and epidemic intelligence,” WHO chief Tedros Adhanom Ghebreyesus told journalists.

“There will be more viruses that will emerge with the potential for sparking epidemics or pandemics.

“Viruses move fast. But data can move even faster. With the right information, countries and communities can stay one step ahead of an emerging risk and save lives.”

READ ALSO: ‘We are still in the third wave’: German Health Minister urges caution in reopening after shutdown

German Chancellor Angela Merkel said Berlin was a good location for the hub as it already had leading players in the digital and health fields, such as the Robert Koch Institute.

“If that expertise is now supplemented by the WHO Hub, we will create a unique environment for pandemic and health research here in Berlin – an environment from which important action-oriented insights will emerge for governments and leaders around the world,” she said in a video message.

It is hoped that the site will be operational from September. Its budget is still under discussion, while Germany will meet the start-up costs.

German Health Minister Jens Spahn said the world needed the capacity to detect outbreaks with the potential to become health crises “before the threat becomes a sad reality”.

Global systems were currently “insufficiently prepared” to handle the risks posed by outbreaks, mutations of existing pathogens, extensions of diseases to previously unaffected populations, and diseases jumping species from animals to humans, he added.

“Better data and better analytics are key for better decisions.”

“There are signals that may occur before epidemics happen… data that can give us pre-signals,” said WHO emergencies director Michael Ryan. That information could drive early decision-making, he added.

“The Hub will allow us to develop tools for that sort of predictive analytics,” he said.

A joint mission by international and Chinese scientists concluded in March that the SARS-CoV-2 virus which causes Covid-19 disease most likely passed to humans from a bat via an intermediary animal.

The experts’ report suggested the outbreak could have started as far back as September 2019, long before it was first detected in December 2019 in Wuhan.

The WHO only became aware of the new coronavirus on December 31st that year, when its epidemic intelligence service and its China office spotted a media report and a mention by the Wuhan Municipal Health Commission of a mysterious cluster of pneumonia cases.

The Covid-19 pandemic has killed at least 3.2 million people and more than 154 million cases have been registered worldwide since then, according to tallies from official sources compiled by AFP.

COVID-19
What can Europe do to battle ‘pandemic fatigue’?