Witnesses reported hearing a loud explosion at dawn as a large chasm appeared outside the Ponticelli Ospedale del Mare in eastern Naples.

There were no injuries reported at the site, where firefighters say the sinkhole “affected an area of about 500 square meters” and has swallowed up several cars which were parked outside the hospital.

Search and rescue teams are on the scene on Friday morning “working to exclude the presence of people”, the Italian fire brigade said on Twitter.

The hospital has been evacuated and its coronavirus treatment centre is to be temporarily closed, as it is now without a water supply and is relying on backup generators for power.

The blast was initially suspected to have been caused deliberately, however firefighters quickly ruled this out. 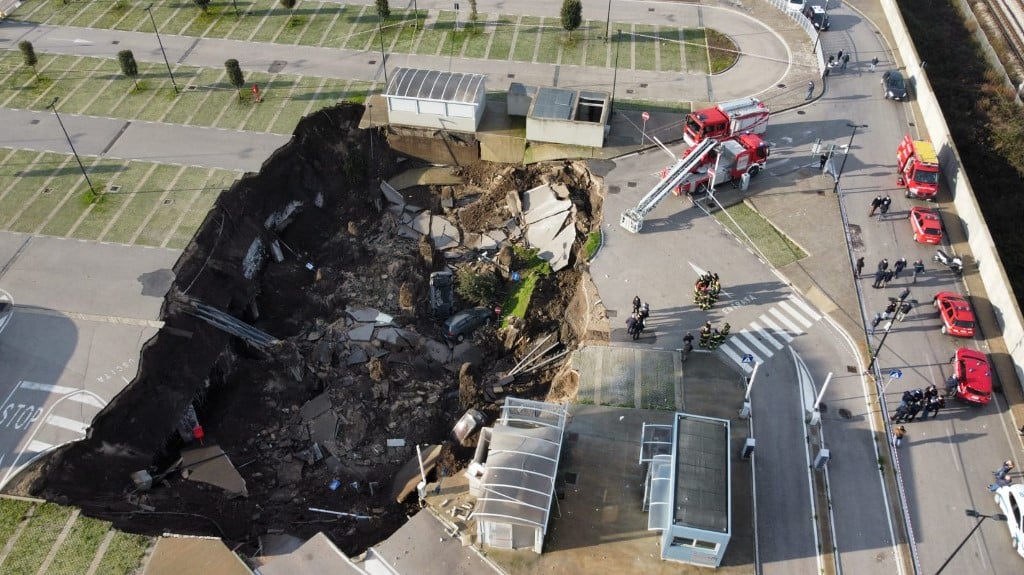 An aerial view of the sinkhole outside the Ponticelli hospital. Photo: Ciro Fusco/ANSA/AFP

Investigations found that the explosion was not at street level but appeared to have been in gas or oxygen pipes below ground, according to Italian media reports. It is not yet clear whether an explosion caused the sinkhole to appear, or vice versa.

Sinkholes are a regular occurrence in Naples, where 20 were recorded within the city limits in 2019.

Rome is also notorious for sinkholes: there were 100 such incidents in the capital in 2019. Building evacuated after sinkhole opens up near Rome’s Colosseum