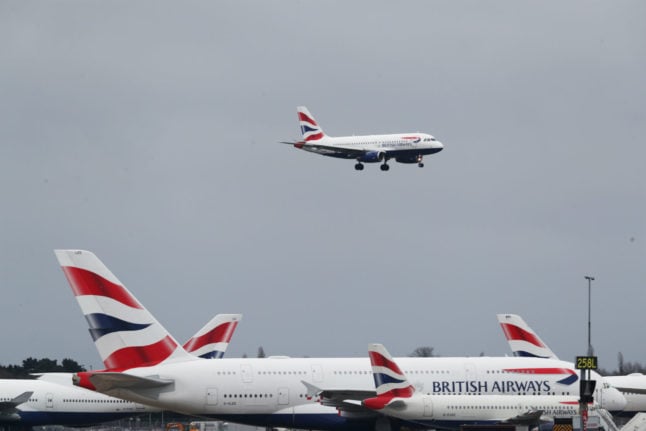 Nobody planned on a simple Christmas this year, but for Brits in Germany who opted for a quick jaunt home this festive season, the last few weeks have seen things get a lot more complicated.

On December 20th, the discovery of a new, more infectious strain of COVID-19 in the UK led to a sudden barrage of travel bans across Europe and beyond.

Acting swiftly to stem the spread, Germany announced that it would be stopping all travel to and from the UK that evening. By the 22nd, the ban had been extended until January 6th.

For Brits in Germany – who won’t receive their new residence documents for months – being stuck on the wrong side of the border in the run-up New Year has been the stuff of nightmares.

Although official guidance from the EU Commission states that UK citizens should be allowed to travel back to their home countries, Brits in the UK have been worried that things might change when the Brexit transition ends on December 31st.

READ ALSO: What you need to know about Germany's UK travel ban

According to the British Embassy and campaign group British in Germany, if you’re stranded in the UK right now, there’s no need to panic just yet. Germany plans to start allowing residents of the country back in on January 1st 2021, and has assured campaigners that British citizens who live in Germany will be treated like anyone else.

Nevertheless, there are a number of conditions of UK citizens will have to meet to be allowed back into Germany – such as providing a negative COVID test, and proving their right of residence. If you need to re-enter the country in January, here’s everything you’ll need to know beforehand.

How to prove your residence in Germany

According to a statement from the Bundespolizei obtained by British in Germany, border guards will be fully aware of the rights of British residents in Germany after the end of the transition. Travellers will, however, be asked to show some form of proof that they live in Germany in order to be allowed back in after January 1st.

READ ALSO: Brexit: What changes in Germany from January 2021

In normal cases, this would involve getting what’s known as a Fiktionsbescheinigung – a provisional certificate that allows someone to travel when they are still waiting for a decision on, say, a visa. But with immigration authorities taking longer to issue documents thanks to the coronavirus pandemic, these certificates are unlikely to be issued in time for immediate travel.

“The border authorities have therefore been instructed to initially recognise other certificates as proof of the right of residence from January 1st 2021,” said a spokesperson for the Bundespolizei. “These can be, for example, address registration certificates, rental contracts or employment contracts.”

The best proof to bring with you when travelling is likely to be the Meldebescheinigung – official proof that you are registered at a German address – but if this isn’t available, one of the following documents can be used as evidence instead:

If you still have your boarding cards from when you travelled out of Germany before Christmas, these can also be used to support your case – although they won’t count as proof of residence by themselves. When re-entering the country from a high-risk area such as the UK, you’ll also need to provide authorities with a negative COVID-19 test. The test should have been taken no longer than 48 hours before your arrival in Germany, and can be shown in either paper or electronic form.

As well as a standard COVID-19 test, Germany will also accept PCR and antigen tests, providing they meet the quality standards set out by the World Health Organisation.

If you need to return to Germany urgently and can’t get tested before you travel, you will need to get tested at the airport. A word of caution, though: if you opt for the on-arrival test, you will probably have to wait at the airport until the result is available, which can apparently take a very long time. You may also need to contact the airport beforehand to see if and when the testing centre will be open.

If you need to travel in and out of Germany later in the year, it may be worth trying to get hold of a Fiktionsbescheinigung while waiting for your new residence document to arrive. Contact your local Foreigner’s Registration Office to find out more about the process.

READ ALSO: These are the documents Brits in Germany should carry when travelling after December 31st

If you don’t manage to secure this document in time, don’t worry. Just make sure you have a few documents to hand that can help you prove your residence in Germany. Once again, your certificate of registration at your German address is probably your best bet here – but employment contracts or university enrolment certificates should also be fine.

British in Germany also recommends familiarising yourself with the rights you have under the Withdrawal Agreement, and being prepared to share links to official summaries of these rights in case you deal with officials who aren’t aware of them.

If you need urgent assistance on arrival in Germany, you can contact the British Embassy’s emergency helpline 24/7.