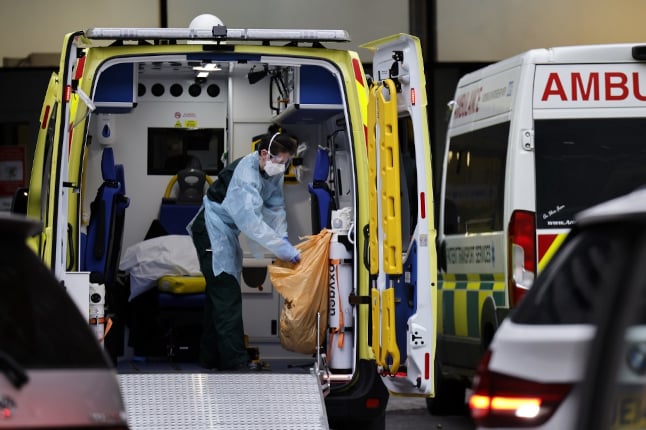 A healthcare worker cleans an ambulance outside a hospital in London. Photo: Tolga Akmen/AFP

The Stockholm-based European Centre Disease Prevention and Control (ECDC) said in a report that “although there is no information that infections with these strains are more severe”, the fact that they would spread more easily means that the impact on “hospitalisations and deaths is assessed as high”.

Just like previously circulating virus variants, this was particularly true for “those in older age groups or with co-morbidities”, the agency added.

The report specifically addressed the two new variants discovered in the UK and in South Africa, both of which show signs of “increased transmissibility”.

More than 3,000 cases of the UK variant have already been reported in the UK and dozens of countries in Europe and around the world, according to the ECDC.

The health agency recommended countries to continue advising citizens “of the need for non-pharmaceutical interventions in accordance with their local epidemiological situation” with a particular focus on “non-essential travel and social activities”.

The ECDC also recommended a number of options for “delaying the introduction and further spread of a new variant of concern”, including targeted sequencing of community cases to “detect early and monitor the incidence of the variant”.

In addition it recommended increased “follow-up and testing” of people linked to areas with higher numbers of the variant and also remind people coming from such areas of the need to “comply with quarantine” and getting tested.