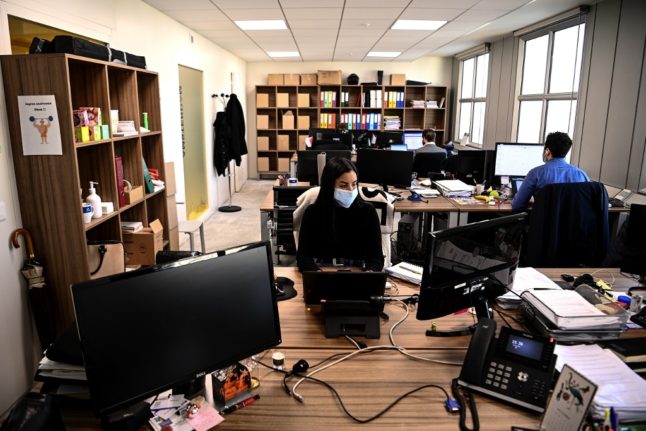 The French government has prolonged changes in its Code du Travail labour law until the end of June 2021 in a decree published on December 16th.

France made the temporary changes in March 2020, when the Covid-19 pandemic forced the government to impose a strict nationwide lockdown that halted its economy to a near-standstill.

Relaxing the labour law was meant to help businesses to weather the economic downturn and prevent chain bankruptcies and mass unemployment.

The changes was set to end on December 31st but the government has decided to extend it by six months.

Broadly speaking the law affects the right of some employees to paid leave and holidays as well as those working on short term contracts.
In some businesses, employers may unilaterally impose paid days of paid leave on their employees and/or break up or change already settled days of leave.
This is however only possible in businesses where a collective agreement allows for such measures, and even then the total number of days the employer may make such changes is limited to six in total.
READ ALSO: The perks and benefits that employees in France enjoy
Employers may also decide when an employee is to take their RTT days, the special French overtime days.
No collective agreement is required for the employer to access these rights. However the total number of imposed RTT days is limited to 10 maximum.
For short-time employers on fixed-term contracts (CDDs), the employer may increase the total number of times it is allowed to legally renew these contracts. This too is limited to businesses where there is a collective agreement around this.
Usually in France a CCD must be turned into a CDI (longterm contract) after a certain number of renewals, a measure in place in order to ensure worker's right to stability.

For full details, go to the government's website, LINK HERE.

Let’s begin with some good news – “We’re not in a disaster movie”, according to government spokesperson Olivier Véran. Good to know.

Véran was speaking as the French government asks local authorities to prepare emergency plans in what it insists is the unlikely event of power cuts this winter, we take a look at how likely this scenario really is.

‘We’re not in a disaster movie’ – How likely are blackouts in France this winter?

Local authorities must still work on an emergency plan, however, that lays out in detail how planned power outages would happen in France, and which services would be affected.

Schools, trains and hospitals: How France will handle possible electricity blackouts this winter

Linked to that, the French government has encouraged people to use ‘Ecowatt’ – accessible both as a website and mobile application to keep track of energy use this winter, in an attempt to stave off shortages and possible power cuts. Here’s how it works and how can you sign-up.

‘Ecowatt’: How to use France’s new energy forecasting website and app

At The Local, we’re often asked the driving licence question: do we need to change our licence for a French one?

If you’re living here you may eventually need to swap your licence – but how long you have to make the swap and exactly how you do it depends on where your licence was issued. Here’s the low-down.

Reader question: Do I have to swap my driving licence in France?

Christmas is coming – and that means feasts. But if you’re expecting figgy pudding and mince pies in France, you’re likely to be disappointed. That said, and in a bid to tempt you into something different, the home of gastronomy has some wonderful festive food traditions of its own. French food blogger Florence Richomme explains more.

The 12 dishes that make up a classic French Christmas feast

An administrative one to sign off with this week. British adults who were living in France before the end of 2020 should all now have residency cards, but for families the situation is slightly different – here’s how to secure legal residency status for your children.

Brexit: How Brits in France can secure residency rights for their children