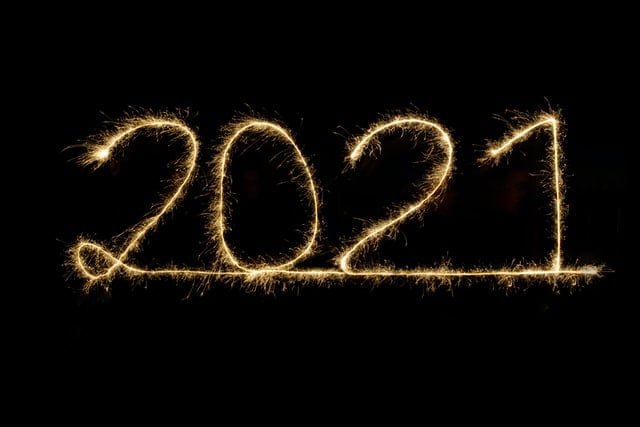 Photo by Moritz Knöringer on Unsplash

As a friend was saying goodbye, he changed the traditional festive greeting to something which, on reflection, is perhaps more fitting: Merry Christmas and a Happier New Year.

Looking ahead, everyone is hoping for a brighter 2021, full of travel and seeing old friends.

Well, that's the plan. All this will depend, of course, on the vaccine.

In Spain, at least, we have been promised that it should arrive by early next month.

Salvador Illa, the health minister, said last weekend that by the end of next summer, more than two thirds of the population of almost 47 million should be vaccinated.

If this happens, he said, that Spain will achieve herd immunity because the majority of the population will either have had the jab or have survived coronavirus.

All this depends, however, on how the pandemic evolves from now on in.

Right now, things are not going too brightly.

Some regional governments have chosen to make restrictions tougher over the festive period after there was a surge in COVID-19 cases.

These include Tenerife which is not going to permit arrivals for the next 15 days, while Mallorca and La Rioja will reduce the number of people who can go to bars and restaurants. Anyone thinking of going back to Galicia to see family, will have to take a PCR test.

Madrid, which seems to delight in being contrary, is not closing down for Christmas and will not clamp down on bars and restaurants.

Experts have counselled that if infection levels do not dip quickly  Spain will be staring at a third wave in the New Year.

“If in the next three or four days there is no change, we are in the third wave. We have to wait for this week which I think is going to be critical,” Marcos López Hoyos, president of the Spanish Society of Immunology, told 20.minutos, an online newspaper.

Let's hope it does not come to this. From talking to friends, it seems most people are staying at home, not travelling across the country.

However, one friend is travelling from Madrid down to Andalusia to see her elderly and unwell mother.

Her family is being very careful about gatherings and seating people apart for when they tuck into partridge, a local delicacy in parts of the south.

Another friend I spoke to is heading to see his parents in Galicia and voluntarily took a PCR test to reassure them. I wonder how many people will be so responsible?

The pandemic aside, another thing to contemplate next year if you are British is, of course, Brexit.

Over four years after that referendum, comes the reality. So what will it be like? Have we all made a big fuss over nothing or will it be as bad as we think it is going to be?

If, like me, you have struggled with Spanish bureaucracy to try to sort out your residency/TIE card, you will have been cursing at the waste of time. For what?

When we do finally get to travel some time next year, that will mean standing in the non-EU queue at the airport. Oh, the indignity of it all!

In my case, my French wife will probably tease me by waltzing through the EU queue while I languish in the slow line.

But don't forget, before we even leave, we must pack proof of residency because us lucky Brits will have to show this when we come back to Spain.

In reality, however, I cannot imagine the bored police officers at the airport demanding NIEs or residency certificates. But you never know.

Other changes relate to second home owners of which the British form the largest group by nationality.

For those readers of the Local who are swallows – who fly in and out of the country to enjoy a few weeks at their holiday homes –  this means a limit of 90 days on your stay in Spain.

But this should not be such a hardship, except for those die-hards who spend the entire winter in Spain.

Our right to freedom of movement around Europe will come to an end so if we fancy a holiday in Italy or a trip to Greece, it is going to be a little bit more complicated at passport control.

Looking ahead, should anyone be entertaining ideas of returning for good to Britain, we better do it before March 2022. After this deadline, a raft of tougher regulations will come into force making it more difficult, especially for those of us with foreign partners. Er, like me.

But, hey, does this sound a negative take on Brexit? Surely there must be some positives. Any takers?