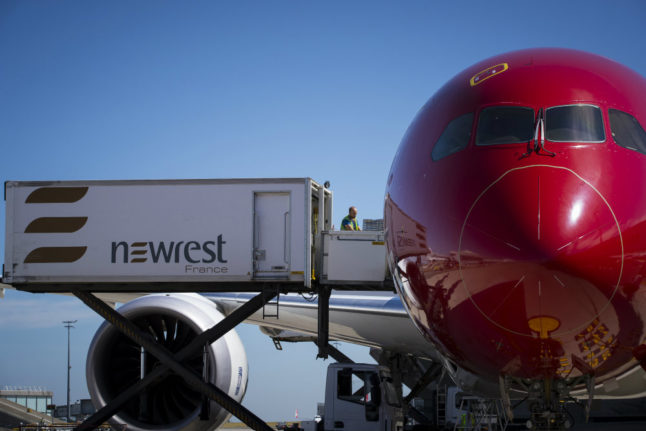 Hit hard by the Covid-19 pandemic's impact on travel, having already been in financial trouble before, Norwegian recently applied for bankruptcy protection in both Ireland and Norway, in order to buy time to work out a solution with its creditors.

In early December, the company's management presented a plan to stay afloat involving a large-scale conversion of debt into equity, a new rights issue to raise up to four billion Norwegian kroner (381 million euros), and the selling of an unspecified number of aircraft.

During an extraordinary general meeting on Thursday, shareholders overwhelmingly agreed to back the plan, granting management the mandate to begin negotiations with creditors.

The company, a pioneer in the low-cost long haul sector, has been in the red since 2017 and its debt amounted to 48.5 billion kroner at the end of September, in part the result of major expansion by the company.

Just six of the 140 aircraft it had in service at the start of the year are still flying, on Norwegian domestic routes, while only 600 employees among a formerly 10,000-strong payroll are still at work.

Shares in Norwegian were up over 10 percent after lunch on the Oslo Stock Exchange, though over the past year, they have lost 98 percent of their value.

Low cost airline Norwegian has registered a loss of 14.9 billion Norwegian kroner for 2020, a year in which the company saw a drastic reduction in passenger numbers and was on the brink of bankruptcy.

The company published its annual results on Friday, revealing the huge operating loss.

Norwegian’s 2019 result, a loss of around 1.7 billion kroner, had put the company in a difficult position even prior to the outbreak of the Covid-19 pandemic.

The coronavirus outbreak and its consequent travel restrictions reduced the company’s passenger numbers to 6.9 million in 2020. That is 29 million fewer than in 2019.

Not all of the loss is due to fewer passengers. Around half of the company’s devaluation is attributed to a depreciation of the value of its aircraft fleet, news wire Ritzau reports.

“2020 was an exceptionally demanding year for air travel and for Norwegian,” CEO Jacob Schram said in a statement on the annual results.

“In light of that, the result for the fourth quarter (of 2020) is not surprising. Unfortunately, the majority of our employees are furloughed and many have lost their jobs – in part because of the closure of long distance services,” he added.

The company was already in debt prior to the pandemic and is now under bankruptcy protection in Ireland and is undergoing similar process in Norway.