Italy's health minister said the Covid-19 vaccine was a "light at the end of the tunnel" but urged continued vigilance, as tougher restrictions are expected to be introduced over Christmas.

A proposal from Italy's coronavirus emergency commissioner Domenico Arcuri's to start a programme of mass vaccinations in early January was approved on Wednesday at a meeting between the central government and Italy's regional heads.

Authorities stressed that vaccines against the disease caused by the novel coronavirus would not be immediately distributed to the general population, but would be rolled out first to high-risk groups including medical staff and the elderly.
Italy will get its vaccines via an EU procurement programme and is waiting for the European Medicines Agency (EMA) to give the green light.
Health Minister Roberto Speranza on Wednesday welcomed news that the EMA was bringing forward to next Monday a meeting to discuss conditional approval for the Pfizer-BioNTech vaccine – which is already being distributed in the United States and Britain.
“It's good news that the process can be completed before Christmas,” Speranza said in a statement.

“We still need to be careful and cautious in the coming months until we have achieved sufficient vaccination coverage, but we're on the right path and we can finally see the light at the end of the tunnel,” he said.
His words came as Italy's government considers introducing further restrictions aimed at stopping the spread of coronavirus over the Christmas holiday period. 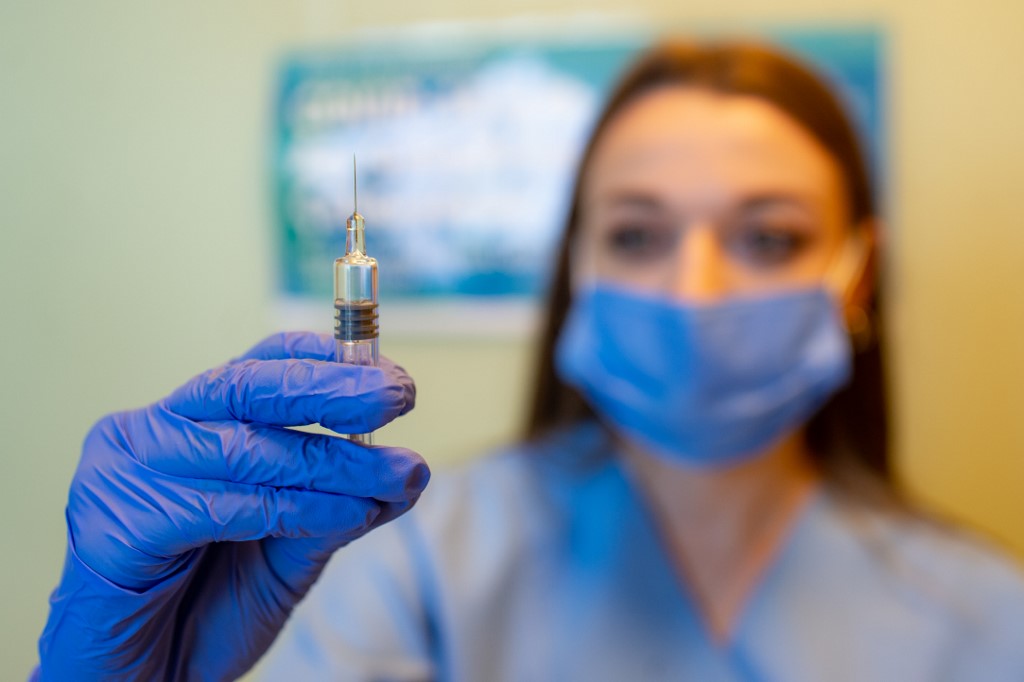 Photo: AFP
Italy is among the European countries which have agreed to coordinate their Covid-19 vaccination campaigns, the countries’ health ministers said on Tuesday.
Italy, Germany, France, Belgium, Luxembourg, the Netherlands, Spain and Switzerland will promote “the coordination of the launch of the vaccination campaigns” and will share information on their progress, a joint statement read.

Who will be first to get the vaccine?

Once approval comes, doctors and health care workers will get the first doses – some 1.4 million people – the health ministry has said.

They will be followed by residents in care homes – just over 570,000 people.

Those aged over 80 will be next in line, followed by those aged 60-79, and those suffering from at least one chronic disease.

Vaccines will then be distributed to key workers – teachers, police, prison wardens

After that, it will be offered to the general population at walk-in centres and specially-designed kiosks.

The vaccine will be free, and will not be obligatory.

While the government has not given official confirmation, it is unlikely that the vaccinations will be limited to Italian citizens.

All current mandatory or recommended vaccines are available to everyone living in the country – including those not registered with the SSN (National Health Service).

The Italian government this week announced that it will begin constructing pop-up vaccine kiosks in towns and cities throughout the country, starting in January.

The distinctive white structures, designed by architect Stefano Boeri, will each be adorned with a flower graphic intended to symbolise “serenity and regeneration.”

There will be about 300 of the vaccine distribution sites at first, rising to 1,500 once the vaccination campaign is at its peak, Arcuri said.
“We may be able to build a few gazebos at the start of the campaign, but these structures are for when all Italians will start getting vaccinated,” he said.
Italy’s government was confident most of the population could be vaccinated by September, Reuters reports.
The government is expected to provide further details of the vaccine roll-out plan in the coming days.

Scientists estimate that 60-90 percent of a population needs to be vaccinated – possibly every year – to reach herd immunity against the coronavirus and stop future outbreaks.