The IO app is supposed to simplify bureaucracy in Italy, but there have been teething problems. Photo: IO.italia.it
Jessica Phelan
[email protected]


The Italian government wants to make life easier for residents by enabling them to do essential admin via a smartphone app. But there’s still a way to go.

One of the complaints we hear most often about life in Italy is about the bureaucracy: extensive, confusing, and all too often, only possible in person. Even in the middle of a pandemic.

While some parts of the country offer smoother services than others, overall Italy lags well behind much of Europe in terms of making essential public services accessible online. In 2019 just 14 percent of people in Italy submitted an official form online, compared to the EU average of 36 percent. In the same year 23 percent of Italian residents used the internet to interact with public officials, the exact same percentage that did so in 2010.

That doesn’t mean there haven’t been efforts to improve things. In fact those efforts are currently accelerating, as the government uses the added urgency of Covid-19 – as well as the extra funds made available by the EU – to push ahead with long-planned reforms.

One of those reforms is making an official app that people can use to access public services from their smartphones. That app, named IO, was first developed in 2018, trialled in 2019 and made available to the public in April 2020 – though many people have only just downloaded it.

That’s because the government has made IO the only way to claim some of the stimulus measures on offer in the wake of the pandemic, including the summer holiday bonus and its new cashback scheme.

READ ALSO: Here's how you can earn cashback on your Christmas shopping in Italy

The idea was to boost uptake, but it may have been a little too successful: while the app had been downloaded around 1 million times when the holiday bonus launched in July, by early December it had shot up to more than 8 million – including nearly 900,000 downloads on December 8th alone, the day that the cashback scheme began.

Spikes correspond to when the holiday bonus was launched (July) and start of Christmas cashback (December). pic.twitter.com/7X8raXVUKf

As a result the system has been struggling to cope, with scores of users complaining they were unable to register for the cashback scheme for hours or even days. The app's ratings currently languish around one star out of five on both Apple and Google stores.

While that’s hardly a glowing recommendation, here’s why the Italian government wants you to download the app.

What is the IO app for?

It’s actually a lot more ambitious than you might think. The big idea is that IO will be your single interface for dealing with all the various entities in Italy that demand paperwork, including your local registry office, the health service, the tax man, the social security system, and others.

The developers hope that one day you’ll be able to do everything from requesting birth certificates to changing your residence, from receiving benefits to switching doctors, paying school fees to buying parking permits. 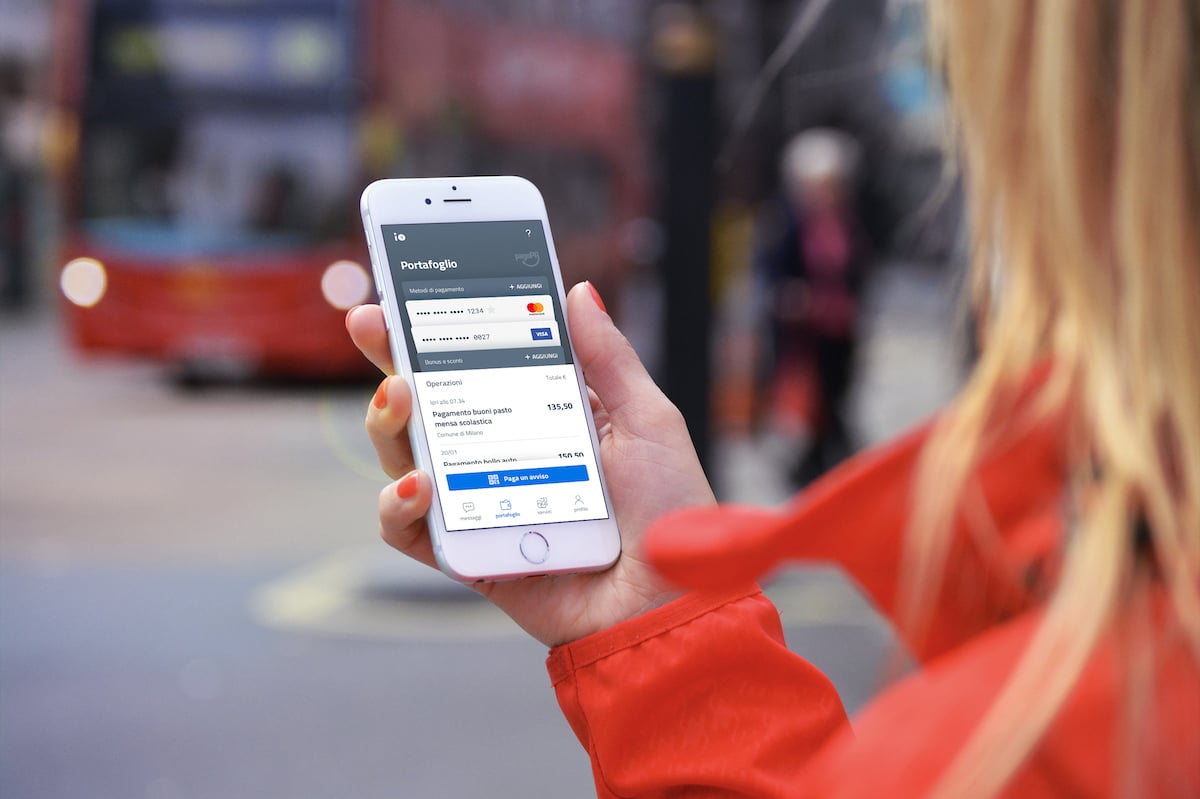 But that remains far off. IO relies on the various local and regional administrations putting their services on the app, which as you can imagine is a slow process. Only certain comuni are already onboard and the ones that are have only made limited services available (find a list here).

For example, in Turin you can use IO to enrol in kindergarten or check tax deadlines, while in Milan you can get a reminder of when your ID card is about to expire, check if you need to pay waste collection tax or be alerted if you drive into a restricted traffic zone.

A handful of national agencies have also signed up, notably ACI, Italy’s drivers’ association, which now allows you to pay your car tax (bollo auto) and request a vehicle registration certificate via IO.

The app developers estimate – perhaps optimistically – that it will take another two years for “the majority of essential services” to be available on IO.

How do you use IO?

You’ll need a smartphone (iOS or Android), and either a SPID electronic ID or an electronic ID card (CIE) with a microchip and PIN.

Download the app and choose which way you want to register: using your SPID credentials or by swiping your CIE with your phone and entering the eight-digit PIN (composed of the four digits you received when you applied for the card followed by the four digits delivered to you with the card itself). 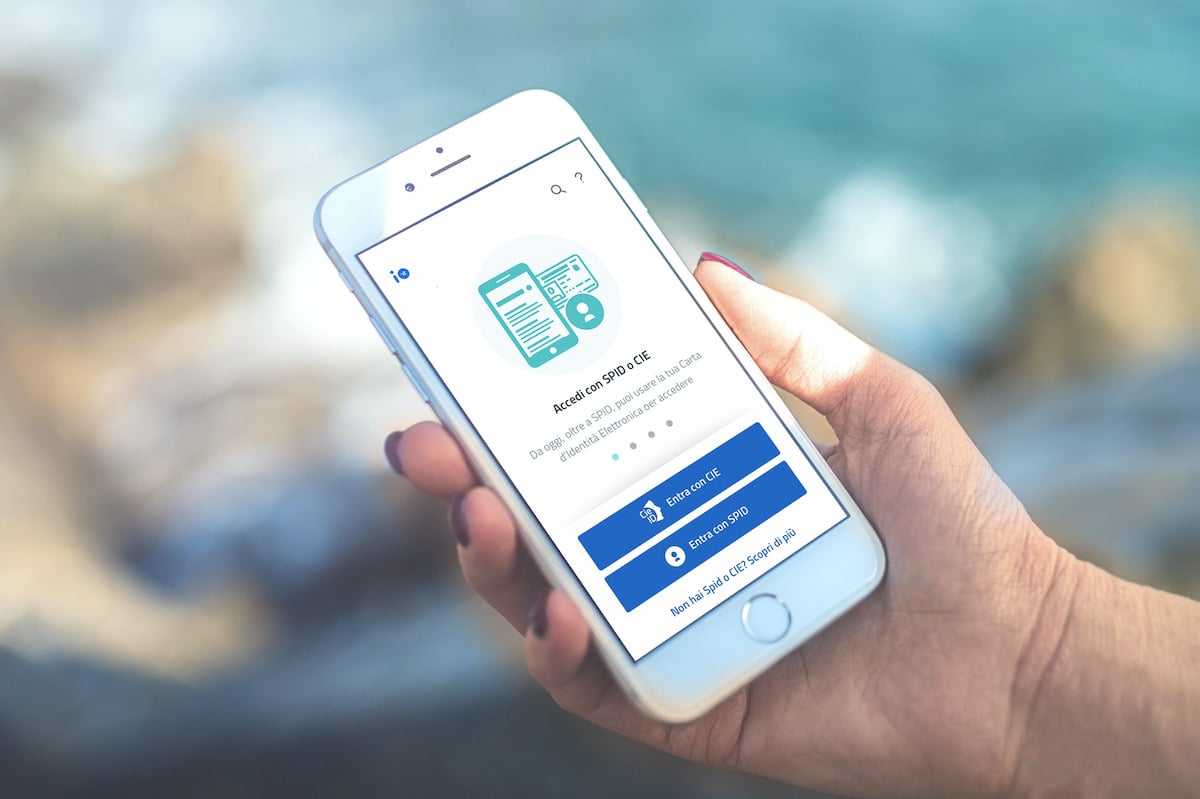 Once you’re registered, you’ll be able to log in to the app using just your PIN or a fingerprint scan.

Under the ‘Services’ menu, you can set your location to see which services are available near you. You can also set your notification preferences so that you receive push alerts when you need to renew a document or have an official appointment coming up.

Register a card or bank account under ‘Payments’ to be able to make or receive payments using the app.

To register for the cashback scheme, go to ‘Portafoglio’ (wallet), select ‘Cashback’ and follow the instructions to register your bank account and select a payment method that you’ll use to make purchases and earn a 10 percent refund. Find step-by-step instructions here. The numbers that show a year of Covid-19 in Italy