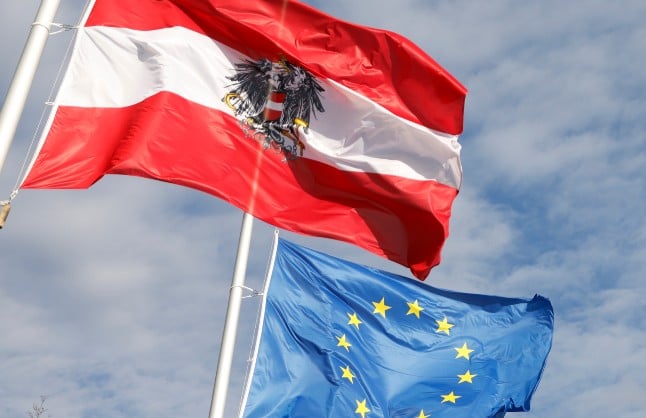 The realities of Brexit for Britons living in Austria will soon kick in but as is the case around Europe the challenge to ensure people get the right information and take the steps to guarantee their futures is increasingly difficult in the second wave of a pandemic.

The Austrian government, like the other 26 EU member states, is currently pushing thorough legislation that guarantees Brits living legally in the country by the end of this month the right to stay and work.

But they will soon have to be in possession of a new residency card named an “Article 50 EUV” permit if they want to remain as a legal resident of Austria, unless that is they also have another EU nationality such as Irish. Those Britons who have taken Austrian citizenship also do not need to apply.

'People are coming out of the woodwork'

The cards will have a duration of either 5 or 10 years depending on how long the applicant has lived in the country for, but they guarantee the right to permanent residency, just as being an EU citizen did.

As in other EU countries the job of being the messenger of this crucial news has fallen on the shoulders of UK embassies but mainly on recently formed citizens' rights groups like British in Austria, which is part of the British in Europe umbrella group.

The citizens' rights section of the Withdrawal Agreement was first published in November 2018 and eventually ratified in January this year but many Britons in Austria and around Europe are still cottoning on to the ramifications.

“People are still coming out the woodwork and starting to understand what they have to do,” says Mike Bailey from British in Austria.

The group, which has produced pages of valuable information online, have found that even with just weeks to go before the end of the transition period, more and more people are coming forward looking for help.

“We've been increasing our efforts and sending out more and more reminders to people,” Bailey said. “People including those in precarious seasonal employment or on zero-hours contracts are contacting us with questions about their circumstances”.

One particular group of Britons that have proved difficult to reach and to help are seasonal workers, many of whom have lived informally in Austria on and off and might have nominally registered, but maybe not as their principle residence.

Some face having to pay a fine

“There are people who may have come over originally for a ski season, but were never in the system. Seasonal workers, if they are still able to come over for a season, will have to be part of the system,” says Bailey. “We've also had people contact us saying they got their residence permit back in 1983 and they were under the impression it would be valid forever.”

Even before Brexit Brits living in Austria, unlike Britons living in France for example, had to register once they were in the country.

They have had to get a residence registration form (Meldezettel) within 3 days of moving into their new home and since 2006 they've been obliged to get a registration certificate (Anmeldebescheinigung) within 4 months of arriving in Austria.

Those who didn't don't face a barrier to taking up permanent residency after five years, but do face having to pay a small fine (€50 to €70) as the price of being to able to apply for the post-Brexit residency card.

The application process for the new “Article 50 EUV” card is not yet open.

Brits in Austria will be given 12 months from the January 1st to December 31st 2021 to apply for the new Article 50 EUV card, so at least they have time.

“It is therefore not necessary to submit an application at the beginning of the year. There is sufficient time for the application,” says the Austrian government.

Applications will need to be made with local authorities.

'You must be employed or afford to stay in Austria'

“This is the provincial governor (Landeshauptmann), the mayor (Magistrat) or the district governor (Bezirkshauptmannschaft). Which authority is responsible depends on where you live,” says the Austrian government website.

This website will help you find out where you have to apply.

However in Vienna officials at the immigration office have started taking bookings for appointments to process the applications for the 4,500 Brits living in the capital.

Within a few days of  the announcement of the booking system taking appointments in the capital, many Brits have already booked appointments for January 202. With Vienna officials pledging to process around 400 applications a week there appears to be plenty of time to arrange an appointment. (More details can be found here).

British in Austria report that those living in more rural areas of the country encountered difficulty acquiring the right information from local authorities whilst some who are not fluent in German have found it harder to find local officials who can explain the process to them in English.

Under the Withdrawal Agreement there are certain conditions that come with residency.

“You must be employed or be able to afford your stay in Austria without receiving social welfare benefits for yourself and your family members and have comprehensive health insurance (just as you had to before the UK left the European Union),” says the Austrian government.

But there are no language requirements attached to residency.

So what can Britons do before now and the end of the year?

Both the UK embassy in Vienna and British in Austria are urging British residents to take the necessary steps to make the registration process smoother once it opens.

“It is strongly recommended by the embassy and the Austrian Ministry of the Interior (BMI) that you get all documents before 31st December 2020 to prove you had the right to residence before the end of the transition period,” says British in Austria.

If you haven't applied for an Anmeldebescheinigung or Bescheinigung des Daueraufenthalts” yet then you can find more information on what to do here.

British in Austria warns: “You will hear a lot of people, including officials at the registration offices, telling you that the Anmeldebescheinigung becomes invalid after 31st December 2020 – and some officials may try to stop you getting one. If so, demand that your application is processed, and that they give you – on the spot – a confirmation that you have applied. If your German is up to it.

“They are technically correct, but invalid does not mean useless. Having the Anmeldebescheinigung will smooth the application for the new residence permits later.”