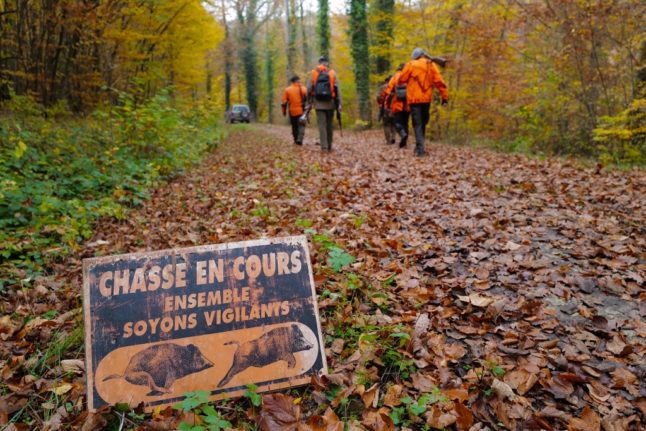 The man was reportedly chopping wood near his home in Lot, south west France, when he was hit by a hunter who was aiming at a wild boar during an organised hunt.

Frédéric Almendros, public prosecutor in Cahors, told French media: “The gunman thought he had identified a wild boar, but his shot caused the death of this young man who was not taking part in the hunt.”

A 33-year-old local man was taken into custody on suspicion of manslaughter.

The prosecutor added that the hunter “was not drunk”.

The case comes just days after a hunter was jailed for the 2018 fatal shooting of a British man who was mountain-biking near his home in the French Alps.

Every during the French hunting season there are dozens of accidental shootings, both of fellow hunters and passers-by.

READ ALSO How to stay safe during the French hunting season

Although France remains on lockdown, local authorities in Lot had authorised hunting for deer and wild boar.