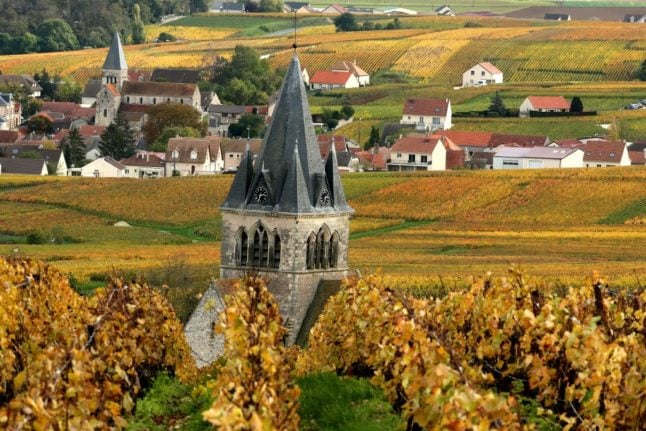 Who does the 90-day rule affect?

This rule is for visitors to France who are not citizens of an EU or Schengen zone country.

The rule has been in place for many years for citizens of several non-EU countries – for example Americans and Australians – but began to be applied to British visitors after January 1st 2021, when the Brexit transition period ended.

British people who were full-time residents in France before December 31st 2020 are not covered by the rule (but do have to apply for a residency card in order to remain – more details here).

British people who have dual nationality with another EU country – for example Ireland – are not covered by the rule, provided they travel using their EU passport.

The main groups affected are tourists planning an extended stay and second-home owners.

How does the rule work?

Not all countries qualify for this, for some countries including India you need a visa for even short stays, but if you are British, American, Canadian, Australian or a New Zealander you are entitled to 90 days visa-free.

The rule states that non-EU/Schengen visitors can spend 90 days out of every 180 in the EU without applying for a visa or residency.

So over the course of a year you can spend 180 days in the EU, but not all in one go. This rules out, for example, second home owners spending the summer in France and the winter in the UK (or vice versa) – your stays have to be divided up into at least two blocks of a maximum of 90 days, followed by 90 days outside the EU.

The other crucial thing to point out is that the 90-day limit applies to the whole EU bloc, not just a single country. So if you had already spent 88 days in France and then George Clooney called and asked you to spend a week with him in his villa on the shores of Lake Como, you would have to turn him down as a trip to Italy would exceed your 90-day limit inside the EU.

Are there ways round it?

Second-home owners, in particular, may want to spend more than 90 days at a time in their French property – so what are the options for them?

In most cases this will require a visa.

There are lots of different types of visa available – see more on the topic here – but for people who intend to just take long holidays in France the best option is likely to be the visitor visa.

READ ALSO How to get a visitor visa for France

You will need to give assurances that you will not be undertaking any professional activity while in France, so this won’t be suitable for people who want to work remotely from their French cottage for a few months.

You will need to provide a lot of personal documentation including details of your financial situation to show that you can support yourself and will not become a burden to the French state, as well as paying for the visa, which is between €80 to €99 depending on the type.

The visitor visa lasts a year and while you are free to come and go between France and your home country during that year, you will need to apply for a new one each year that you wish to spend more than 90 days in France.

Second-home owners who wish to spend a significant amount of time in France may consider taking up residency.

This is more than simply declaring ‘I’m a resident’.

READ ALSO French tax declaration – what you need to know

All residents in France are required to complete an annual tax declaration, even if their all their income comes from outside France, and in order to access healthcare you will have to either pay for private cover or register with the French healthcare system.

You cannot be resident of two countries at once, so if you become a French resident you have to give up residency of your home country which has an impact on things like tax and – for Brits – access to the NHS.

British second-home owners who wish to apply for the post-Brexit carte de séjour residency card must have been full-time residents in France before December 31st 2021, and need to apply for the card before September 30th, 2021.

The card comes with its own conditions, see more on those here.

Could the 90-day rule be changed?

Second-home owners from the US/Australia etc have always had to work around this rule, but the post-Brexit change came as a shock to many Brits who had got used to coming and going between France and the UK as they pleased and spending months at a time at their French properties without having to worry about paperwork.

The 90-day rule is an EU rule but it’s possible that France and the UK could come to a separate bilateral deal on this issue in the future.

The UK operates the 180 day rule, where people can spend 180 days per year in the country without a visa or residency and they don’t have to divide them into two 90-day blocks. This has raised hopes that a similar deal could be put in place for France and several campaigns are running to push for this.

While it could become a deal eventually it’s unlikely to be a priority for either government ahead of trade and other contentious issues (as well as the ongoing pandemic and major recessions that all countries will be dealing with over the next few years).

Can’t we just slip under the radar?

In previous years France has earned itself a reputation among non-EU travellers as being not too fussy about the exact exit date of people who aren’t working or claiming benefits, as long as it’s fairly close.

However we would suggest that people don’t rely on this. Unlike the pre-EU days, passports are now automatically scanned when you enter and leave the Bloc, which makes it easy to spot over-stayers.

If you are caught over-staying your allocated 90 days you can end up with an ‘over-stay’ flag on your passport which can make it difficult to enter any other country, not just France, and is likely to make any future attempts at getting visas or residency a lot more difficult.

For more information on residency, driving, healthcare, travel and pets after Brexit, head to our Dealing with Brexit section.

Question: I read that all beaches in France are public property, but down here on the Riviera there are a lot of ‘private beaches’ – how do the rules actually work?

In France, everyone has the right to a dip in the ocean, though it might not seem that way when walking through certain areas.

There are 1,500 of these “private beaches” in France – the vast majority of them located on the Côte d’Azur.

They have become a source of controversy recently, after two private beaches in Juan-les-Pins were accused of racism and discrimination following an investigation and video circulated by French media Loopsider. The video (below) shows how a white couples receive different treatment than North African or Black couples.

So what are these ‘private beaches’ and are they even legal in France?

In reality, none of these beachfront hotels, resorts or beach operators actually own that land, as the sea and the beach are considered ‘public maritime’ and are therefore the domain of the French state.

This means that technically there are no private beaches in France, as no one is supposed to be allowed to own the beach, though there are some caveats to that rule.

Since 1986, the State has been able to grant ‘concessions’ to allow for parts of the beach to be temporarily rented. Thus, hotels, resorts or beach operators can request a temporary rental of the beach for a specific period of time – the maximum duration being twelve years, which is renewable. If the local town hall agrees, then the renter will pay a fee (typically between €15,000 and €100,000 per year).

This might seem like a de facto way of allowing beaches to be privatised, but the few who manage to ‘rent the beach’ are still subject to some constraints. For instance, they are only allowed to occupy the beach for six months of the year (sometimes this can be extended up to eight months with the permission of the town hall, or twelve months in less common circumstances).

At the end of the season, they are required to dismantle their installations, so permanent private structures on the beach are therefore not allowed.

So you might see a waterfront resort, but they do not technically have ownership over the beach.

What about private deckchairs or sun beds next to the water?

This is another rule that is not always perfectly respected. Legally, any organisation that rents a part of the beach is required to leave a strip of “significant width” along the sea.

This is usually about three to five metres from the high tide mark, where members or the public can walk along the water or bring down their own towels or deck chairs down to the beach.

If a ‘private beach’ has deck chairs or sun-loungers right up against the water, there is a good chance the renting organisation is not following the rules.

As the public has the right to be able to access the beach, homeowners are not allowed to block passage and can even incur fines for doing so.

The public must be able to pass through land to get to the beach, and cannot be blocked from the beach in front of a property.

Public access to the beach came into the spotlight due to a controversy surrounding a property of former American presidential candidate and statesman, John Kerry.

Kerry’s family owns a villa in Saint-Briac-sur-Mer in Brittany, and has fought a three-decade legal battle to be able to block the coastal trail on the property, which by French law, should be accessible to the public.

Despite the family siting potential ‘security threats’ should the beach front path be open to the public, local authorities backed plans to continue allowing public access in 2019.

What about building a waterfront property?

First, keep in mind that building in general in France is a heavily regulated process that requires planning permission.

You will not be able to build within 100 metres of the shoreline. If you buy a pre-existing coastal property, you will need to remember the three-metre rule discussed above and, as the Kerry family discovered, you are not allowed to block public access to the beach.

For ‘coastal zones’ specifically, there are more strict regulations and most plots of land by the sea are listed as protected natural areas, and therefore are not allowed to be built on.

There are also several rules about what you are allowed to do – and not to do – while visiting French beaches, and some of them might surprise you.

READ MORE: The little-known French beach rule that could net you a €1,500 fine