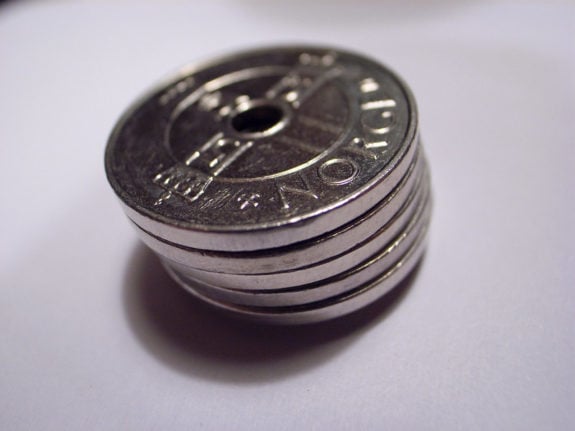 But why shouldn’t they? In Norway, the wages of most employees are made public online and can be viewed by anyone. In that spirit, here are a few key pieces of information to add to the openness.

How Norway ranks to the rest of Europe in salaries

According to Eurostat, the hourly cost of labour in Norway is a substantial €50, considerably more than in neighbouring Sweden or Denmark – or any EU country for that matter.

Note that this figure does not separate wages from the overall labour cost – that data was not available in 2019, according to Eurostat.

What is the average wage in different sectors?

According to Statistics Norway, an average monthly wage for skilled agricultural and forestry, and fishery workers in 2019 was 35,170 kroner.

For academic professionals the average monthly income was 54,240 kroner.

Service and sales workers made an average of 35,150 kroner monthly and craft and trade related workers averaged 39,550 kroner.

The average monthly income in 2019 for construction workers was 44,570 kroner.

Transportation and warehouse workers made an average of 46,720 kroner a month and people working in the arts and entertainment industries made 41,210 kroner.

The national statistics agency has found that the average monthly salary for first-generation immigrants (without Norwegian heritage) is 44,180 kroner for full time workers.

Managers in the financial sectors made a monthly average of 87,420 kroner last year, according to Statistics Norway.

The wages of politicians are somewhere in the middle of these samples of management wages, at 68,410. You can view more average salaries for a large range of management positions here.

Is there a gender pay gap in Norway?

Unfortunately, yes. A 2017 Statistics Norway report shows the average monthly for women as 87 percent of that of men.

Occupations with the highest wage differentials in the men’s favour include financial managers and electrical mechanics.

The two most gender balanced occupations were doctors and legal professionals.

Data from 2019 shows the average monthly income for males as 50,080 kroner compared to 43,850 kroner for women, although the women’s average wage had increased by a higher percentage since the previous year.

While both women’s and men’s wages have increased since 2000, the annual increase for women is slightly higher than for men resulting in the pay gap decreasing by 3 percent since year 2000.

Protection of wages for foreign workers

There are a number of laws laws in place protecting foreign and seasonal workers, and their right to a fair wage and the same working conditions as Norwegian citizens. Many of these can be checked via the Norwegian Labour Inspection Authority (Arbeidstilsynet).

While there is no general average minimum wage in Norway, standards have been introduced to certain sectors including hospitality, cleaning and construction.

A foreign or seasonal worker is also entitled to the same working hours, breaks and overtime as their native colleagues.

In 2018, there were 321,509 self-employed people in Norway. The average annual gross income for a self-employed person was 680,300 kroner, translating to a personal income (wages, disability benefits and public pension) of 351,000 kroner.

If you run your own business, it is your responsibility to register your enterprise, pay tax, submit tax returns and receive tax assessment notice.

Did we leave out any professions you’d like to hear about? Any other topics on which you’d like us to delve into the data? Let us know — we’d be glad to hear your thoughts.

READ ALSO: How does income tax in Norway compare to the rest of the Nordics? 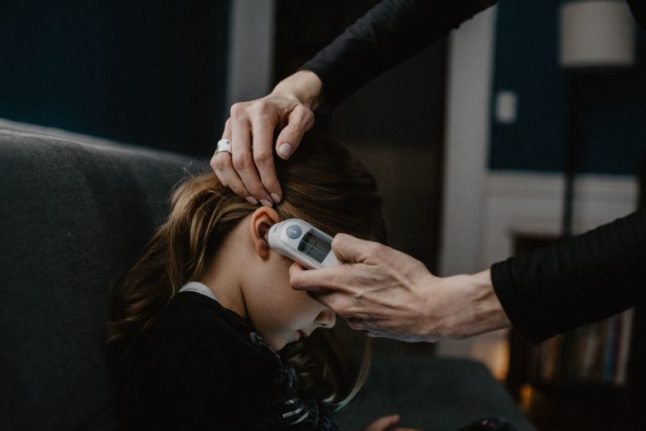 In Norway, as an employed or self-employed parent, you have the right to stay at home with your sick child and take time off work for a set number of days in a year, which are other referred to as “care days” of “days when you care for sick children” (called omsorgsdager or sykt barn-dager in Norwegian).

Did your child catch a cold? Does your child need to go to the doctor? Don’t fear – care days enable you to ensure your child gets the attention and care they need during stressful periods.

In this article, we will cover the rules that apply to most cases, as well as frequently asked questions on the issue.

Care days for sick children under the age of 12

First of all, know that individual factors influence the exact number of care days you have the right to, such as the number of children you have, your cohabitation or partnership situation, and whether your child suffers from chronic illnesses.

According to the state digital platform Altinn, as of 2022, all workers in Norway are entitled to 20 care days per year if they have one or two children under the age of 12. Workers with more than two children have the right to use 30 care days a year.

Furthermore, single parents and parents of chronically ill children in Norway can get even more care days.

The number of care days, in this case, is added up for each calendar year and not for an ongoing twelve-month period, as is the case when the employee is sick.

The employer only has to pay for the first ten care days in a calendar year – they can claim reimbursement from the NAV from the eleventh day.

You can find more details on care days on the Norwegian Labour and Welfare Administration’s (NAV) website here.

When to use care days

The care days can be used for several different purposes, including parents staying at home with their sick children, taking children to medical examinations or treatments, or when the child’s caregiver is ill.

Note that you cannot use your care days to stay with a child during holiday breaks or accompany your child to the dentist if the visit is unrelated to illness.

To have the right to care days that you can spend with sick children, you must first work for at least four weeks at your current employer.

When it comes to self-employed workers, they have the right to financial support from the NAV from the eleventh day that they spend at home with their sick children.

However, they need to provide the NAV with a medical certificate that confirms the child is sick.

Norwegian employees have the right to spend multiple consecutive days with their children when they get sick.

However, they must present their employers with a self-prepared document describing the situation for the first couple of days.

In such cases, you will need to provide a self-prepared certificate for up to three consecutive days at a time. From the fourth day, your employer has the right to ask for an official sick leave certificate.

Employers can also allow employees to take hours off or “half-days” within work days to care for their children if they’re sick. In such instances, these hours and “half-days” are later calculated and added up into days.

Employees in Norway may be entitled to more care days if they meet specific requirements or are in extraordinary situations.

For example, you can apply for more care days to the NAV if you take care of the child on your own, if your underage child suffers from a chronic disease, or if your child is underage and disabled.

You can also ask for more care days in the period up to and including December 31, 2022, in cases where the child must be kept at home due to special infection-prevention considerations (mostly related to the COVID-19 pandemic).

For more information, consult the relevant part of the Norwegian Working Environment Act.