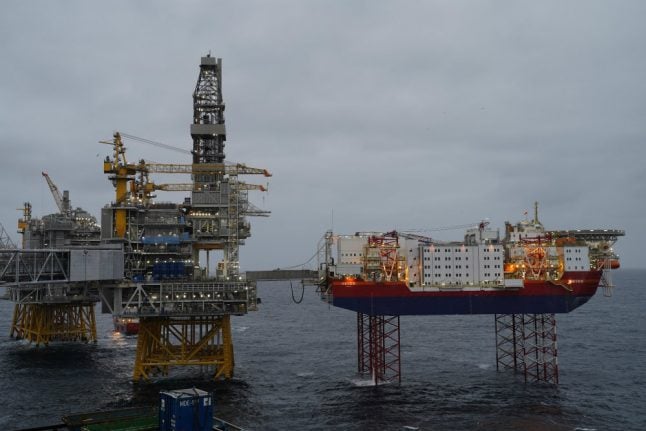 The company, 67-percent-owned by the Norwegian state, said the target “includes emissions from production and final consumption of energy,” such as in cars and aircraft.

“Equinor is committed to being a leader in the energy transition,” Anders Opedal, who took over the CEO chair on Monday, said in a statement.

“It is a sound business strategy to ensure long-term competitiveness during a period of profound changes in the energy systems as society moves towards net zero,” Opedal added.

In February, Equinor had promised carbon neutrality for its operations outside Norway by 2030 and a reduction to “near zero” of its emissions in Norway, where most of its activities are based, by 2050.

To this end, the energy company has said it wants to focus on carbon capture and storage (CCS) as well as developing “competitive technologies for hydrogen.”

The company said in February it wanted to increase its renewable energy production to 4.0-6.0 gigawatts (GW) and then to between 12-16 GW by 2035.

However, it still intends to increase its oil production by three percent on average each year over the period of 2019 to 2026.

Opedal, 52, replaces Eldar Saetre, who is retiring at 64 after having led the group since 2014.

READ ALSO: Norway's PM promises to keep looking for oil 'as long as it is profitable'

Equinor, which is 67 percent owned by the Norwegian state, said that its net profit rose to $1.4 billion between July to September this year, compared to a loss during the same period in 2020, partly due to asset write-downs.

But the profit figure was well below analyst expectations of $2 billion.

However, total revenue hit $23 billion, narrowly beating expectations of $22 billion, according to analysts surveyed by Factset.

The number was also more than twice the revenue of the same period last year, when many businesses were devastated by the Covid-19 pandemic.

Energy prices have surged recently as the global economy recovers from the pandemic, and the northern hemisphere heads towards winter.

Chief executive Anders Opedal said that “the global economy is in recovery, but we are still prepared for volatility related to the impact of the pandemic”.

“The current unprecedented level and volatility in European gas prices underlines the uncertainty in the market,” he said in the statement.

“Equinor has an important role as a reliable energy provider to Europe and we have taken steps to increase our gas exports to respond to the high demand.”

Equinor’s average price of oil per barrel reached $69.2 in the third quarter — up from $38.3 a year earlier.

Still largely oil-based, the company said in June it plans to invest $23 billion in renewable energy by 2026.