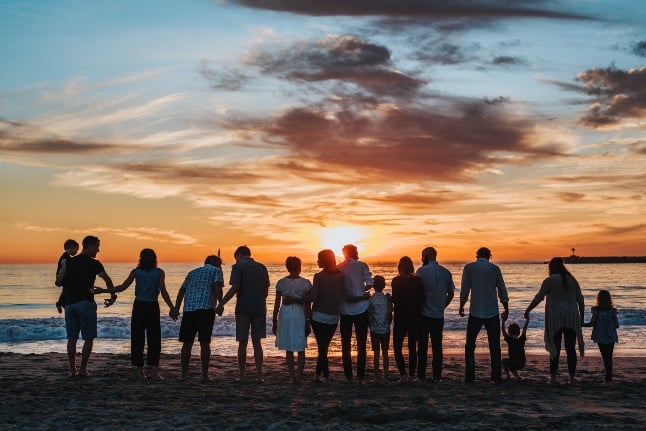 Members of the House of Lords voted in favour of an amendment to the immigration bill that would allow Britons established in the EU before the end of the Brexit transition period to maintain the right to return to the UK with their European family members without them being subject to strict immigration rules and means tests.

Currently the law for Britons living in the EU is that they will be to bring non-British family members, including children, partners, parents and grandparents if they return to the UK before the end of March 2022.

Standard immigration rules will then apply to relatives brought in after the cut-off date meaning they would be subject to strict immigration rules, visa obligations and financial means tests.

The vote in the Lords was delayed from last week and came after hundreds of UK citizens living in the European Economic Area and Switzerland wrote to peers over recent weeks to explain what it would mean to them and their families if they were unable to return to live in the UK with our non-UK partners after March 2022.

The campaign group British in Europe reacted to the vote saying: “Peers heard our voices, took notice of our concerns, and voted to keep families together, and we are immensely thankful to them for doing so.”

However the ball is now in the hands of PM Boris Johnson's government who must decide whether to accept the amendment as part of the new law when the bill returns to the lower House of Commons.

British in Europe have long complained that the Brexit Withdrawal Agreement in fact locks many Britons out of the UK because they would not be able to return home with their non-British partners in the future.

Those who return to care for family members for example won't be able to reach the minimum income requirements currently in place.

“Nobody voted for British citizens to lose this right to return with our families. During the Referendum, Vote Leave and the current Prime Minister promised us that our rights would not be adversely affected by Brexit.

“But this Government’s planned changes to the immigration rules remove this most fundamental of rights. Thanks to this afternoon’s vote, the Government has another opportunity to make good on part of its pre-Brexit promises to 1.2 million UK citizens living in the EEA and Switzerland.

“We are a finite group of people asking only that our rights should not be taken away from us.

“Our amendment covers only those UK citizens in the EEA/Switzerland who fall within scope of the withdrawal agreements and who have existing non-British close family members at the end of 2020.

“Most of us will probably not leave the countries where we have made a home, but what we are asking for is the right to do so with our families if necessary. Is that too much for British citizens to ask of a British Government?”

Staunchly anti-nuclear Austria lodged the legal complaint in 2018 after the European Union’s executive arm allowed the expansion of the Paks nuclear plant outside the Hungarian capital Budapest with a 10-billion-euro ($12.4 billion) Russian loan.

The plant is Hungary’s only nuclear facility and supplies around 40 percent of its electricity needs.

In its decision the commission judged that the project met EU rules on state aid, but Austria disputed this.

The General Court of the EU ruled Wednesday that “member states are free to determine the composition of their own energy mix and that the Commission cannot require that state financing be allocated to alternative energy sources.”

READ ALSO: Why is Austria so anti nuclear power?

Hungary aims to have two new reactors enter service by 2030, more than doubling the plant’s current capacity with the 12.5-billion-euro construction. The Paks plant was built with Soviet-era technology in the 1980s during Hungary’s communist period.

The construction of two new reactors is part of a 2014 deal struck between Hungary’s right-wing Prime Minister Victor Orban and Russian President Vladimir Putin. The work is carried out by Moscow’s state-owned nuclear agency Rosatom.

The details of the deal have been classified for 30 years for “national security reasons” with critics alleging this could conceal corruption.

READ ALSO: Reader question: What are the chances of blackouts in Austria this winter?

Since the late 1970s, Austria has been fiercely anti-nuclear, starting with an unprecedented vote by its population that prevented the country’s only plant from providing a watt of power.

Last month, the Alpine EU member filed a complaint with the European Court of Justice over the bloc’s decision to label nuclear power as green.

In 2020, the top EU court threw out an appeal by Austria to find British government subsidies for the nuclear power plant at Hinkley Point in breach of the bloc’s state aid rules.

VISAS
EXPLAINED: What happens if you overstay your 90-day limit in Austria?
Url copied to clipboard!