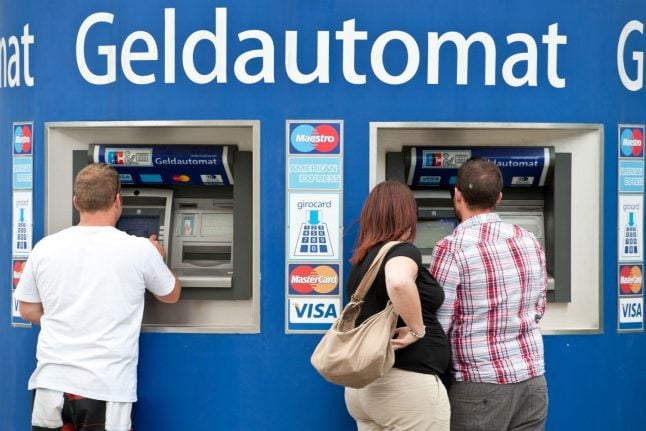 As the British government has failed to secure access to the EU banking scheme – known as passporting – after Brexit, UK banks are faced with complicated processes to gain financial licences with each of the EU's 27 member states.

And it seems that for some this is just not worth the effort – leading to British people living around Europe getting letters saying their accounts would be closed or their credit cards withdrawn.

It's important to stress that this is not all British banks, and not all types of account are affected. The situation is different in each country, and we don't know the full extent of what will happen yet.

But for those people who do face losing their accounts, the consequences could be serious.

Jason Porter, a specialist in international tax and money management at BlevinsFranks Financial management, explains why.

What do Brits living in the EU need UK bank accounts for?

For many people, they just keep a UK account from habit or convenience, maybe to use as spending money when they come back to visit the UK. And for those people it is really just a bit of inconvenience to change over any direct debits to their main account in the country where they live.

But for others it could have more serious consequences if they are using their UK account for regular income – in particular for pensions to be paid into or income from UK rental property.

What's the problem with pensions?

And what about income from rental properties?

If your rent money cannot be paid into a UK account then you have two options – have the money paid into your European account and pay international transfer costs each month – these are a lot less than they used to be as everything becomes computerised, but would still add up over time. Or you could hire a UK management agent who would collect and transfer the money for you – but they will charge you a fee to do this, often 10 percent or more of your monthly rental income.

Some people just keep a UK property or properties as an investment, but for others rental income from a UK property can form the bulk of their income.

So what are your options?

Most British people living in the EU will already have a bank account in the country where they live so you need to transfer all the payments, direct debits etc that you can to this account.

It's important to point out that this is happening quickly – account closures are likely to take place in November and some people get just a couple of weeks notice. You need to go back through your bank statements for the last few months and make a note of all payments so you can transfer them to your EU account and avoid missing payments and getting hit with charges when your UK account closes.

READ ALSO: The complete guide to opening a bank account in Germany

For those who cannot use their European account for everything there are international accounts and 'expat' accounts, but these often require a minimum deposit level. Similarly there are 'international' credit cards to replace something like a Barclaycard, but again these are often limited to high net worth accounts.

One option that could be worth exploring is Isle of Man accounts – these are sterling accounts but often operate in Europe so already have the European licences that they need.

READ ALSO: Tell us: Brits in Germany – have you been affected by the closure of a UK account?

Is this happening just because of Brexit?

Partially. The specific issue with European banking licences is because of Brexit, but many British banks had been withdrawing from Europe and selling their European operations.

If, for example, Barclays had a presence in France it would be able to carry on offering accounts to British people in Spain without needing to get extra licences, because it had an EU base that it could have passported from. But as many banks have withdrawn from the European markets they no longer have these options.

Who do you think will be the hardest-hit by this?

Unfortunately I think it will be the people who don't have a high net worth, aren't very financially savvy and maybe don't speak the language of the country they live in very well who will be impacted by this.

People with a high net worth will be able to find international accounts or expat accounts and those who are financially savvy and fluent in the local language should be able to open sterling accounts with their local banks.

Unfortunately for pensioners and those on low incomes this could be more difficult and those who are already on the margins for having sufficient resources to gain residency status in certain countries could be hard hit for, for example, having to pay extra bank charges or management fees on rental income that could bring them below the income threshold they need to gain residency status.