Just like in English there is a totally unspoken language used within property adverts in Spain. Graham Hunt, a property expert in Valencia gives the lowdown on the lingo you need when house or apartment hunting.

Where in English you need to read between the lines and understand that “bijou”, “compact” and “cozy” all mean “Oh my god never mind a cat you couldn’t even swing a hamster in here” Spanish Property Adverts have their own language and you need to understand it before making any decisions to view.

Therefore below we have ten examples of what to look out for, the actual translation and what they really mean.

“Luminoso” as in “Piso muy luminoso”

Literally it means with a lot of light. The reality is that it means “With a lot of light as long as you turn every light in the flat on even at midday”. Luminoso is another way of saying that you will be living in the equivalent of a cave and will step out blinking into the light whenever you venture outside asking what is that yellow orb in the sky. 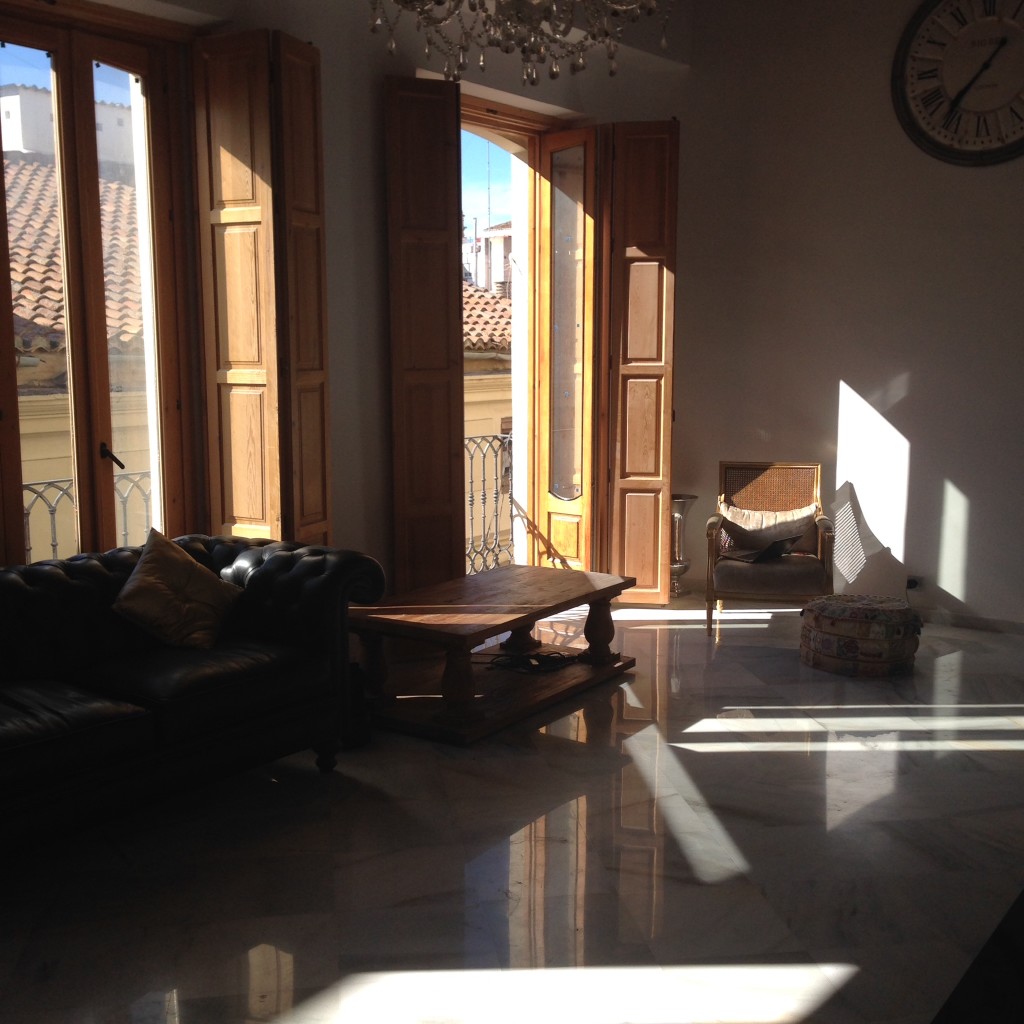 Spacious taken in its literal sense. Small when used in a property advert. Beware of the variable, “Una sensación de espacio”. The only way any property described as such will feel spacious is if you remove all of the furniture, paint it white and add on an extension that effectively doubles the size.

Well style is a matter of opinion of course but I have noticed that every single apartment that claims “con mucho estilo” means that it has a white leather sofa and black shelving units with a large flatscreen television dominating the “espacioso” room.

However what this really means is that your view is not blocked out by a brick wall on the other side of the street just yards from your main living room window. When you see “Impresionantes vistas” in an ad think about what an impressive view actually is. As I have said before do you live in the spectacular facade or opposite the good looking building in a plain 70’s block? 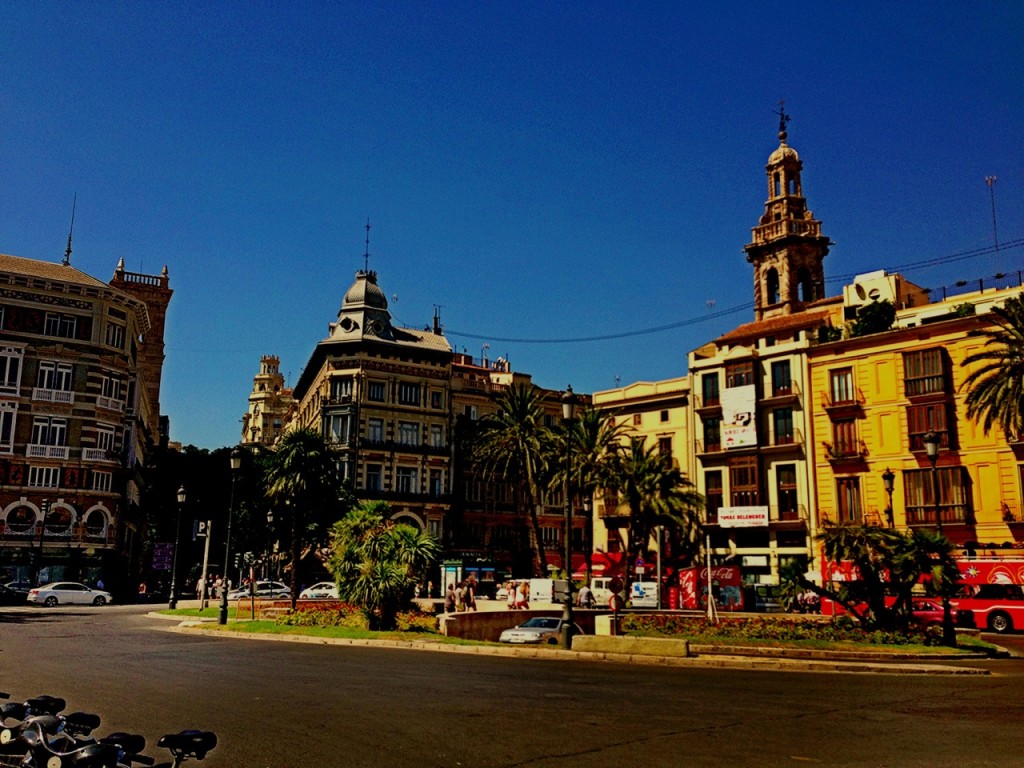 A real “Impresionante Vista” In a Spanish city. Photo: valencia-property.com

You'll know this means modernised of course.  What this usually means is that the flat has been freshly painted and possibly a new cheap Leroy Merlin kitchen has been badly installed. “Completamente reformado” means completely done up in a cheap way of course rather than just the kitchen.

It means really well positioned (Beware of “bien situado” too). However as we know what is written usually doesn’t really correspond to reality. There is a difference in mindset between the average Spanish person and the usual foreign buyer. “Ubicación inmejorable” will often mean it is above a bus stop, metro stop and a main road and even better above the loud and late opening bar that the current owner works in meaning he never has to go far to get to work. Remember you probably won’t be working there.

Literally this phrase means “top quality materials”.  However this usually means that the windows are double glazed rather than just single pane and the tiles that were chosen for the bathroom were only the second cheapest available rather than the dog ends of production. It also invariably means that the taps are “Monomando” meaning there is not a separate hot and cold tap. Apparently that is the limit of top quality materials.

This means central of course.  However what it really means is, “not really near the centre…. actually half way to the outskirts but we don’t want to tell you where exactly” If an apartment for example is on the main shopping street or the most exclusive residential road the owner will let you know. “Centrico is much too vague. 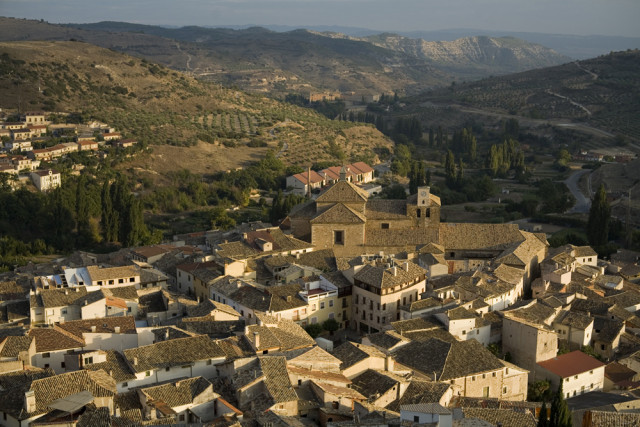 This literally means “Very near to the town” and just like time, distance is relative. You would assume this means you could amble into town and stroll back to your house in the country after a nice meal and a couple of drinks but what it really means is fill up your tank in the car just in case you run out of fuel on the journey back or more realistically don’t expect to be able to walk home with the groceries because you would die on the side of the road in a trough of heat exhaustion and dehydration.

Again literally means “Ample or good sized terrace”. However as we know that is not exactly the case. What this means is that you can stand looking out over the street on the balcony and on a good day two of you might be able to stand there. What it does not mean is room for a table and four chairs and room to move around overlooking the Mediterranean. Believe you me if the terrace is a good size in Spain the actual square metre size will be mentioned. Anything into double figures is the usual cut off point for this consideration, ie 10m2 and above. If the words used are “Terraza amplia” expect a balcony…. maybe.

So there you have your dictionary of terms used in Spanish Property Adverts and what they really mean… usually. There may be some agents out there telling the truth but after 15 years doing this job I have never seen a “Luminsoso” flat that actually does have a lot of light and all of those places described as having a “Terraza amplia” have been sore let downs.

Remember to read between the lines.

If there are other typical examples of “estate agent speak” you have noticed let others know in the comments!

Graham Hunt is a real estate agent and relocation expert based in Valencia. Originally from just outside Liverpool he came to Spain as a student and never left. Read more at his blog or follow him on Twitter. If you want him to show you around some properties in Valencia, drop him a line.