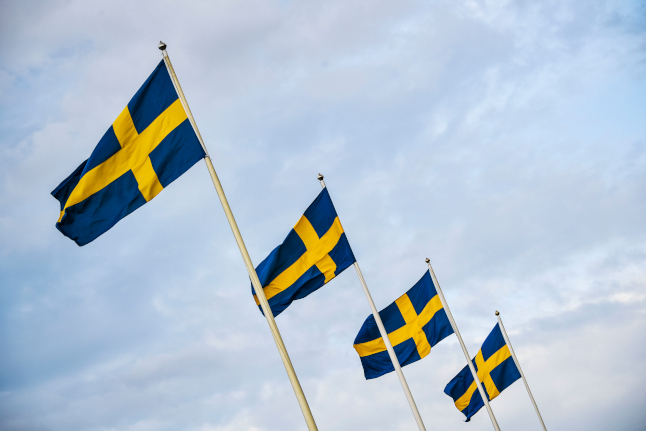 The proposal is part of a major new report on Swedish migration laws. Photo: Janerik Henriksson/TT

The proposal is part of a major report by a parliamentary Migration Committee, which was set up last year to suggest new migration laws that would replace a temporary law which is due to expire next summer.

It is important to note that the fact that it has been proposed does not mean that it will automatically make it into Swedish law, or even to the next step of the legislative process. There are several hurdles along the way, not least the fact that Sweden's centre-left coalition government is split on many of the report's proposals.

But as Sweden is one of the few countries that does not even require language tests for citizenship applicants, it would be a major change to the lives of many foreign residents in Sweden, so we'll explain what it means.

The Migration Committee's full report, which is more than 600 pages and contains a series of other proposals, including temporary permits for asylum seekers and new family maintenance exceptions, which you can read about here. It explains the new proposals for permanent residence permits as follows:

Would there be exceptions?

Yes. Children and people who are entitled to receive a national pension or guarantee pension should be exempted from the requirements regarding language skills, civic knowledge and maintenance, according to the committee's report.

It should also be possible to exempt others if there are “exceptional grounds” for doing so.

The committee also proposes that it should be possible for the applicant to appeal a decision not to grant a permanent residence permit.

How would language skills be tested?

The report does not go into depth into how a foreigner's language skills would be assessed, but suggests that organising tests may be too demanding on resources and that an alternative option could be to link it to the applicant passing a Swedish For Immigrants (SFI) level C course.

But the matter is deliberately left open-ended.

A separate ongoing government inquiry into introducing language and civic tests for citizenship applicants is set to present its report later this year and next year, so the Migration Committee suggests awaiting that, and that the government or an expert authority should then come up with detailed requirements for how language skills could be assessed.

What would normally happen is that Sweden's government would prepare a bill on the back of the proposals, then send it out for a consultation round, and then put it to parliament for a vote.

However, Sweden is ruled by a Social Democrat-Green centre-left coalition government, who disagree on most of the proposals. The Social Democrats back them all, but the Greens only a few, arguing that the majority of them are too strict, including the language requirement. Bridging that gap in order to put forward a legislative proposal will prove difficult for the government.

But they are pressed for time. Sweden's current temporary law is set to expire on July 19th, 2021. Unless parliament manages to agree on a new law to replace it, Sweden will return to the more generous laws that were in place before 2016, which the Social Democrats have said they do not want.

The Migration Committee's report is split into several proposals, so one potential scenario could be that the government only moves forward with some of the proposals for now. Since language requirements would be a completely new measure, it is less time-sensitive than some of the other proposals, and the government will likely choose to await the outcome of the separate inquiry into language and civic tests for would-be citizens.

What do you think about the proposals? We want to know what our readers think so that we can fight your corner in Sweden. Vote below or email [email protected] to share your thoughts with our editorial team.

Should Swedish skills be a requirement for permanent residence?

As thousands of Ukrainian refugees began to arrive in Sweden following the invasion by Russia, the headline of a recent opinion piece by the leader of Sweden’s far-right, anti-immigrant Sweden Democrat party spoke volumes: ‘There is a Difference Between Refugees and “Refugees”’

For Åkesson and his nationalist supporters, Ukrainian refugees are “real” refugees. They are from ”a Christian country with a culture that is more closely related” to that of Sweden, while refugees who escaped Syria and Afghanistan were framed as being made up of millions of backward, poorly-educated “professional migrants” (his term) devoid of European values and sensibilities.

With this backdrop, recent comments posted on Twitter by a municipal council member in Sweden’s second-largest city, Gothenburg, provided a disturbing insight into how politicians, not only the far-right but on all sides of the political spectrum, use different sets of standards when considering Ukrainian and Syrian refugees. And how the vision of refugees held by the Swedish far-right has bled into the Swedish political mainstream.

On May 5, Daniel Bernmar, the group leader for the opposition Left Party in the Gothenburg municipal council, sent a series of tweets in which he detailed how fellow council members expressed dismay over the poor services and paltry benefits available to refugees arriving from Ukraine. While on the surface an egalitarian position, the irony, Bernmar pointed out, was that the levels of financial support and services about which they were complaining were set by the very same group of politicians…when the arriving refugees were predominantly Syrian.

Bernmar detailed a number of the specific concerns expressed by his colleagues.

Members of anti-immigration Sweden Democrats complained that the small amount of spending money given to Ukrainian refugees meant that they could not even afford to take local buses. Why, they asked, had the policy of allowing refugees to ride for free been scrapped? Others asked how without access to public transport Ukrainian refugees could be expected to take their children to school or look for work? And, in perhaps the most Swedish of issues, municipal councilors expressed concern that Ukrainian parents could not send children under the age of three to state-subsidized daycare.

Bernmar noted that he had “never before heard these parties or people address the unacceptable social or economic situation for refugees.” He then addressed the elephant in the room. The dismay expressed by colleagues over conditions facing refugees – conditions the same politicians approved when refugees were Syrian – was unsurprising, he wrote, given that they, “did not previously apply to white, Christian Europeans.”

These revelations should come as no surprise. While seemingly at odds with Sweden’s reputation for openness and egalitarianism, the fact is that political parties at both ends of the Swedish political spectrum have adopted increasingly aggressive anti-immigrant rhetoric and policies. Yet, when structural discrimination is presented in such a transparent fashion, it is still jarring.

At the most fundamental level, the case demonstrates how perceptions of the value of human life and human dignity are shaped by ethnicity, religion, and nationality. What was good enough for poor Muslims from Syria just isn’t good enough for white, European Christians. Racism and ethnocentrism don’t come much clearer than that.

But this revelation cuts even deeper and wider. And it applies to nations beyond Sweden’s borders, where immigrants and refugees struggle to construct new futures. What is evident from the comments made by the local politicians in Gothenburg is that they are fully aware of the impact of their policies on the everyday lives of refugees, how the ability to participate in the workforce, for example, is dependent upon basics such as transportation and childcare. That “integration” isn’t just a question of some mythological will, but of available material resources.

To remember that with Ukrainians, but forget it with Syrians, is cynicism of the highest order. It is to amplify the smear that there is a difference between refugees and “refugees.”