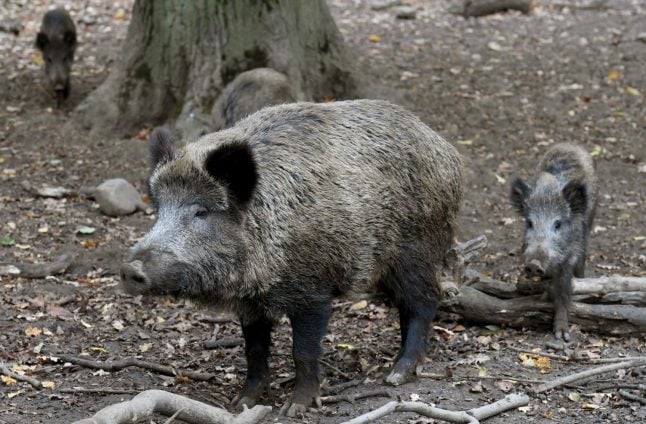 A boar and its offspring in Springe, Lower Saxony. Photo: DPA

Regional authorities in the eastern state of Brandenburg said tests showed that four dead boars and one sick one — which was put down — were infected with the virus.

African swine fever is deadly among wild boars and domestic pigs, but not harmful to humans.

All five boars were found in Neuzelle, near the Germany-Poland border, less than a week after Germany's first case was confirmed nearby in another wild boar.

READ ALSO: 'Source of great concern': What you need to know about African swine fever in Germany

The new cases are another setback for Germany's pork industry, already battered by a string of coronavirus outbreaks in abattoirs that led to temporary shutdowns.

Confirmation of swine fever in Germany means its pork can temporarily no longer be certified for export to non-EU nations, although sales to other EU nations may continue.

China, Japan and South Korea, alongside Brazil and Argentina, have already said they will suspend German pork imports.

Billions of euros could be lost if suspensions continue in the export-dependent industry, according to the German Farmers' Association.

Germany is Europe's largest producer of pork, slaughtering more than 55 million pigs in 2019 according to official statistics.