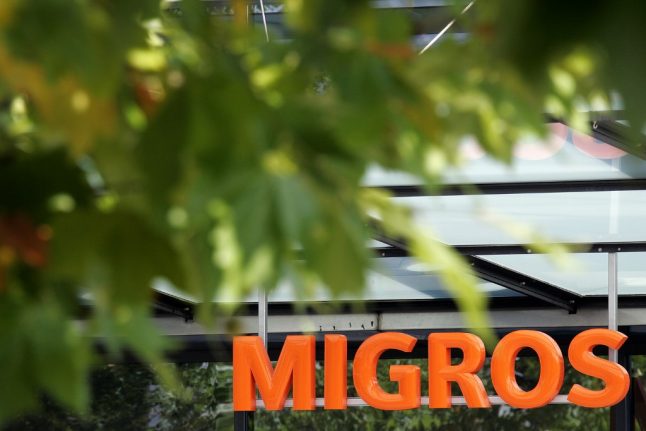 Three-quarters of the discounted items are from the food sector and the rest are other consumer items.

Their prices will be reduced before the end of the year.

“The new price discounts should convince people to think of Migros when they are planning their purchases”, the company spokesperson told Swiss media outlet 20 Minuten.

Migros, which has over 1,000 stores in Switzerland, owns not just grocery shops, but also sports, electronics, and hardware stores, as well as a bank and adult education centres.

The behavioural economist Tilman Slembeck from the Zurich University of Applied Sciences said Migros is “under pressure to act” in order to compete with cheaper supermarkets like Aldi and Lidl.

“There is constant pressure from the discounters”, he said.

READ MORE: Switzerland ‘the most expensive in Europe’ for bread and meat

In the end, consumers might be the winners in the price war.

You can see other price reductions here.

The range of cheaper M-Budget products, aimed at those with low incomes, is being extended. But its price will not be lowered as it is already at hard-discount level.

Food and many other products sold in Switzerland are more expensive than comparable goods in the EU.

A recent study from Eurostat database shows that there’s nowhere on the continent where bread is more expensive than in Switzerland, where its cost is 1.64 times higher than the European average.

Milk, cheese and eggs cost around 1.4 times more than they do elsewhere in Europe. 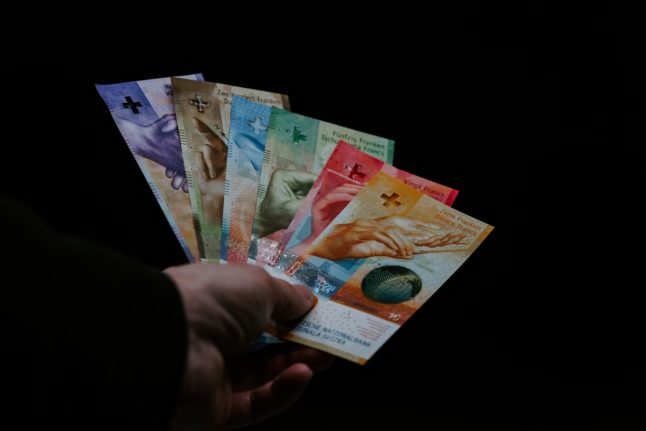 Life in Switzerland is expensive. Photo by Claudio Schwartz, Unsplash

Besides chocolate, cheese and banks full of other people’s money, Switzerland is perhaps best known for being expensive.

The country is especially pricey when it comes to food, beverages, hotels, housing, restaurants, clothing, and health insurance – or pretty much everything you need.

While Switzerland is expensive for its residents, for people coming from abroad, high costs here are the ultimate culture shock.

READ MORE: Why Zurich ranks as the world’s most expensive city once again

Various studies have shown time and again that Swiss consumers pay much more for basic goods and services than their European counterparts, with the exception of Norway and Iceland.

For instance, one such study found that people in Switzerland have to pay 168 francs for a basket of consumer goods costing on average 100 euros in the EU.

Many reasons have been given to explain this phenomenon. Some of them however are based on popular beliefs rather than economic facts.

While Swiss salaries are indeed higher than almost anywhere else in Europe, this explanation does not hold water.

So what is the real reason for the high cost of consumer goods in Switzerland?

Among the most often cited ones are protectionism and lack of competition, which are inter-related, as the former invariably leads to the latter.

Trade protectionism is a policy that protects domestic industries from foreign competition.

A case in point is milk.

Milk can only be imported if it is in short supply in Switzerland, which is not currently the case. This means that Swiss milk has no foreign competitors vying for the consumers’ attention, and forcing it to lower its price.

This kind of protectionism extends to many other products as well.

But sometimes it works the other way too.

A study by the University of Applied Sciences of Northwestern Switzerland shows that foreign producers and suppliers impose large price increases in Switzerland, exploiting high salaries and consumers’ purchasing power.

This means that Swiss buyers are overpaying for their purchases by more than three billion francs, the study found.

This is the reason why so many people living in border regions go shopping in France, Italy, and Germany, where the same items are considerably cheaper.

This practice is widespread in e-commerce as well.

Anyone who wants to order something online from a foreign store is often redirected to the supplier’s Swiss site, where the prices are often much higher.

This is called ‘geo-blocking’.

This practice finally spurred the public and politicians into action.

A popular initiative tag-lined “Stop the expensive island” , which aims to fight against overpriced goods in Switzerland, was presented to the parliament in 2017.

It has been stagnating there for four years because PMs couldn’t agree on how to tackle this issue.

But in March, the initiative was revived and is heading toward a referendum (no date has been set yet).

If passed, geo-blocking’ will be prohibited. In the future, consumers and businesses based in Switzerland will have to be treated by foreign online shops the same way as domestic consumers

It is difficult to predict whether Swiss prices will drop significantly as a result of this initiative, but at least there is hope on the horizon.