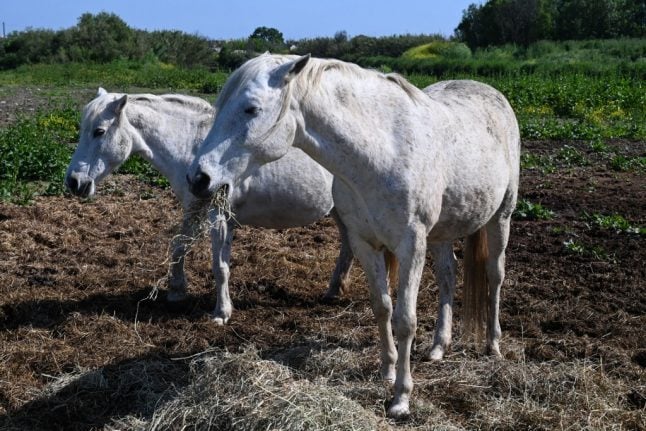 Dozens of horses have been attacked since August. Illustration photo: AFPPhoto: AFP

French police have been stymied all summer, unable to solve the series of attacks on horses and ponies that have terrorised farmers and animal owners across the country.

On Monday, police detained a man, 50, based on a computer-generated image of one of two people suspected of cutting horses in the Yonne département of central France.

The suspect was arrested in the Haut-Rhin département of eastern France said Laraize and prosecutors told AFP that the man was known in neighbouring Germany for attacks on animals.

But just as hopes were raised of a breakthrough in the case the man was released early Tuesday morning without charges. Police have said however he has not been completely ruled out as a suspect.

So where does that put the investigation?

French authorities believe several people are behind the crimes, and speculate that they could be motivated by a satanic rite or an internet cult.

Many owners are so worried that they have stopped letting their horses graze at night while some have even been mounting their own patrols.

How many cases are there?
There is no definitive list of attacks, but authorities said over 150 possible incidents were being looked at.
“153 investigations are open, in more than half of the départements of France,” said Interior Minister Gérald Darmanin on Monday.
Thirty of the total cases were considered “particularly serious.”
“That is to say they led to the death of the horse or to very violent injuries,” Darmanin said.
The French daily Libération's Check News website has found 36 cases dating from November 27th 2017 until September 3rd 2020, but the data shows a massive uptick in cases from the start of August, with ears cut off some 22 horses nationwide, as well as genital mutilations and other cuts.
The map below, made by France Bleu, shows where and when incidents have occurred.
Are all the attacks the same phenomenon?

Probably not. According to the French Central Office for the Fight against Environmental Damages, the majority of cases “did not involve human action.”

“There is a bit of everything, natural deaths, vultures and people” Jacques Diacono, who heads up the office, told Libération on Sunday.

“Vultures attack the most tender parts, so the ears, eyes, genitals,” he said, adding that their job largely consisted of separating the human-originated attacks by those who were not caused by humans.

“What is certain [is that] between 20 to 25 percent of the cases without doubt were of human origin,” he said.

However, in a big chunk of the total 153 cases humans were probably not responsible for the mutilations.

Are only horses being attacked?

Until now only cases involving horses or ponies had been reported but on September 3rd an alpaca was found dead in its field in the southern département of Lot-et-Garonne field, with one ear cut off.

Are there other suspects?

French police at the weekend launched a search for two suspects in the Cote-d'Or region of eastern France after a stable owner told police of an intrusion on his premises during which one horse was wounded.

A 40-strong team of gendarmes backed up by police dogs and a helicopter were sent to the scene but have not found the culprits so far.

“In this case, we absolutely do not exclude the idea that there is no link with other incidents nationwide,” the prosecutor said.

What about the man who was arrested?

He's still a suspect in the case.
Authorities constructed the suspect's likeness in part based on testimony from stable manager Nicolas Demajean, whose premises were attacked in August.

Demajean was injured when he went to confront two attackers who had cut two ponies with knives and mutilated another horse, he said.

Searches of the 50-year-old's home did not find conclusive evidence but there was  considerable digital material still to examine, he added, while emphasising it was not clear if there was any link to the other attacks.

What penalty do the attackers face?

The maximum penalty in France for serious abuse or cruelty to an animal is two years in jail and a €30,000 fine.

The criminal probe will follow several legal complaints about the pellet invasion lodged by local authorities and the central government in Paris, Camille Miansoni, chief prosecutor in the western city of Brest, told AFP.

The microscopic pellets, called nurdles, are the building blocks for most of the world’s plastic production, from car bumpers to salad bowls.

They are usually packed in bags of 25 kilogrammes for transport, each containing around a million nurdles, which are sometimes called “Mermaids’ Tears”.

But they can easily spill into the ocean when a cargo ship sinks or loses a container. Environmentalists also suspect that factories sometimes dump them into the sea.

Fish and birds often mistake them for food and, once ingested, the tiny granules can make their way into the diet of humans.

Experts told AFP the nurdles found along the coast of Brittany may have come from a plastic industry container that fell into the sea.

“We can’t rule out a single source for the industrial pellets,” said Nicolas Tamic at the CEDRE pollution research body in Brest.

On Tuesday, the French government filed a legal complaint against persons unknown and called for a international search for any containers that may have been lost at sea.

Local authorities have followed suit, and the environmental crime branch of the Brest prosecutor’s office will lead the investigation.

Last weekend, around 100 people took part in a clean-up campaign on a microplastic-infested beach in Pornic in Brittany to collect pellets and draw attention to the problem.

“We think they’ve come from a container that may have been out there for a while and opened up because of recent storms,” said Lionel Cheylus, spokesman for the NGO Surfrider Foundation.

“Our action is symbolic. It’s not like we’re going to pick up an entire container load,” said Annick, a pensioner, as she filled her yoghurt pot with nurdles.

French politicians have taken note. Joel Guerriau, a senator from the region, has called for a “clear international designation” of  the pellets as being harmful.

Ingesting plastic is harmful for human health but nurdles, in addition, attract chemical contaminants found in the sea to their surface, making them even more toxic.

Measuring less than five millimetres in size, they are not always readily visible except when they wash up in unusually huge quantities, as has been the case since late November along the northwestern French coast.