"Occupy and resist", reads the graffiti on the rooftops of this occupied building in Barcelona, the city in Spain with most squatters. Photo: Johannes Wünsch/Pixabay
Alex Dunham
[email protected]


More than 14,000 properties were illegally occupied by squatters in Spain in 2019. Here’s what you need to know about your rights (and theirs) and how to prevent it from happening to you.

Spain has a big problem with okupas, as squatters are called in Spanish.

Two factors have played a major role in their proliferation in recent years: the more than 3.4 million empty properties across the country (according to the latest government census) and the legal obstacles which hinder squatters’ speedy eviction (which okupas are well aware of and duly exploit).

Despite the slight drop in squatting, okupas are now taking advantage of the high volume of empty flats and houses in tourist hotspots on the coast, given the low holiday let occupancy and the absence of foreign second homeowners caused by the coronavirus pandemic and subsequent travel restrictions.

Catalonia is by far the worst-hit region in terms of okupación, with police more than 6,259 complaints from property owners in 2020, 500 more than for the same period last year.

Barcelona accounts for the majority of these illegal occupations, but other Catalan provinces such as Girona and Tarragona have the same rate of okupas as Madrid, Seville and Valencia. Around 20 properties are illegally occupied in Catalonia every day.

Nevertheless, all around Spain there are reports of squatters taking over buildings and residential areas, in some cases having the audacity to ‘sell’ the properties to other okupas for thousands of euros.

Many Spaniards find the okupa trend abhorrent, and while a others argue that squatting is a consequence of the high rate of evictions due to unpaid mortgages and sky-high rents (as well as the current coronavirus pandemic), many squatters are far from being bankrupt and choose la okupación as a way of life.

How can all this be happening? Why is it so hard to evict squatters in Spain and what can be done to avoid it? And if it happens, how can squatters be kicked out? Here’s what you need to know. 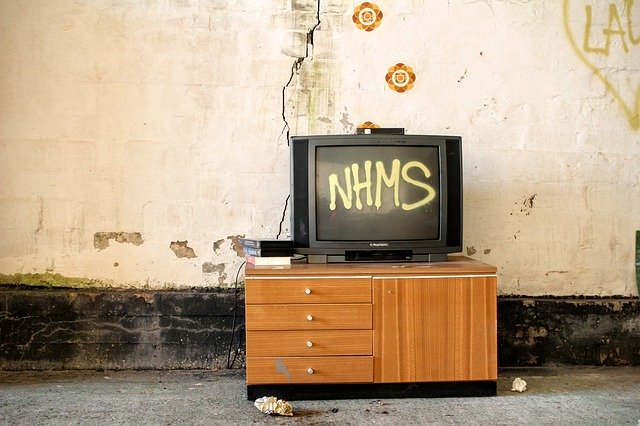 What does Spanish law say about squatting?

The occupation of someone else's property does constitute a crime in Spain, as established in article 245 of Spain’s Penal Code: “Whoever occupies, without due authorisation, a property, dwelling or building belonging to someone else and which does not constitute their residence, or remains in the property against the will of the owner, will be punished with up to three to six months of prison”.

However, sentences in Spain under two years usually don’t result in actual prison time, which hardly acts as a dissuasion for okupas.

Another key point is that Spanish law differentiates between “usurpación” (misappropriation) and “allanamiento de morada” (breaking and entering), the determining factor being whether the property is inhabited or not.

In Spain, it’s up to the judge’s interpretation whether entering an empty property (usurpación) is a crime, with the general consensus according to Spain’s 1995 Penal Code being that only the most serious incidents should be considered punishable.

2021 STATE OF ALARM UPDATE: Why is Spain making it harder to evict squatters?

Furthermore, the criminal process for these matters is long (9 to 18 months on average) and arduous in Spain, with no guarantees for the property owner as their complaint can be rejected by a judge.

There is no specific jurisdiction in place for squatters, which means they are granted the same rights as homeowners who the banks want to evict for not paying their mortgages (procedimiento de desahucio por precario).

Spain, together with Portugal, are the only countries in Europe with this type of lenient legislation.

What should I do if squatters move into my home?

The first 48 hours are crucial if your home or second home is illegally occupied.

If you can prove that squatters moved into your property within this two-day period, you can take the matter to the police and they can evict the okupas without a warrant.

If 48 hours have elapsed and the squatters have changed the lock, you will require a warrant and that’s when the legal ordeal begins.

You will have to file a request for eviction (demanda civil de deshaucio) and the judge will set a time and a date for you and the squatters to appear in court. Crucially, many okupas refuse to identify themselves or attend proceedings, which effectively stalls the process.

If any of the occupants are minors or vulnerable people, the judge is more likely to side with the squatters. 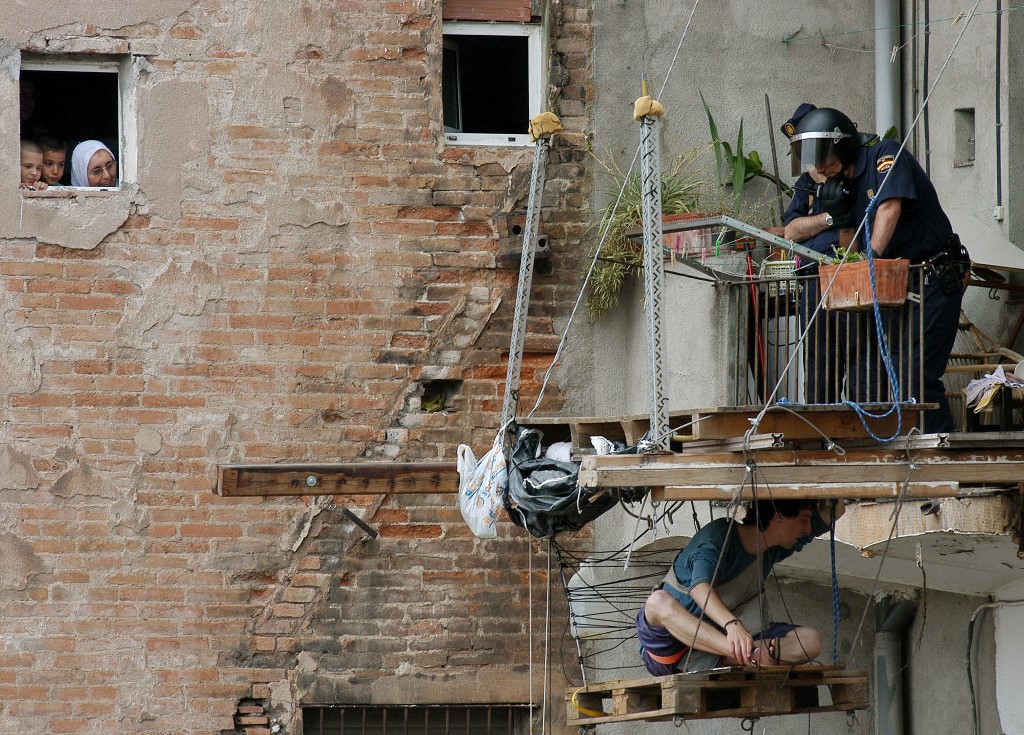 A squatter in Barcelona tries to stop police from evicting him. Photo: AFP

Police cannot enter the occupied property and force the squatters to identify themselves while in the dwelling, with their only option being to apprehend them while they’re outdoors.

If the judge rules in favour of the plaintiff, the police can proceed to evict the okupas with force.

If the property in question is the owner’s main address, the proprietor will still have to file the request for eviction through the courts, although the judge is more likely to rule in the owner’s favour and trials are generally scheduled faster.

This is one of the reasons why squatters often make sure that the dwelling they are occupying is a second home.

Legal costs for homeowners who find themselves in this ordeal depend on the type of property and lawyer but usually run between €600 and €3,000.

Are there any legal loopholes homeowners can exploit?

Some affected homeowners who fear costly, lengthy and potentially unsuccessful legal proceedings opt instead to call the police in the first place and tell them that there are burglars in their home rather than squatters, in effect allowing police to enter the property with force and without a warrant.

There are also those who choose not to file a complaint or attempt to enter the property, thus giving the squatters a false sense of comfort. Instead they reach an agreement with a locksmith, identify the squatters and stand guard waiting for the moment all of them have left the dwelling.

Once empty, owner and locksmith proceed to change the locks again (most squatters change the lock the moment they move in), thus reclaiming the property that’s rightfully his or hers.

Another option which falls within the limits of Spain’s legal system is contacting one of numerous anti-squatter agencies currently operating in Spain, which specialise in negotiating with the illegal occupants to leave the property and setting up 24-hour surveillance.

One of these is Barcelona-based company Desokupa, whose staff members are burly enough to intimidate the squatters whilst knowing what the law allows them to say and do.

If reclaiming the property isn’t possible by these initial means, these companies negotiate a financial sum between the owner and the squatters for them to leave.

How should I prevent squatters from moving into my home?

– The best way to prevent squatters from moving into your property while it’s uninhabited, you’re away or on holiday is to rent it out.

– If you can’t or don’t want to let it out, the most common advice is to make it seem like the property is inhabited.

Squatters constantly look out for signs that a property is empty: blinds always shut, post box full to the brim, lights always off etc

So set a timer on some of the lights, if you live close by check on the property regularly and pick up the post. If you’re nowhere near the property, asking a neighbour or a friend to keep an eye out or to stop by on a regular basis is a sensible choice. 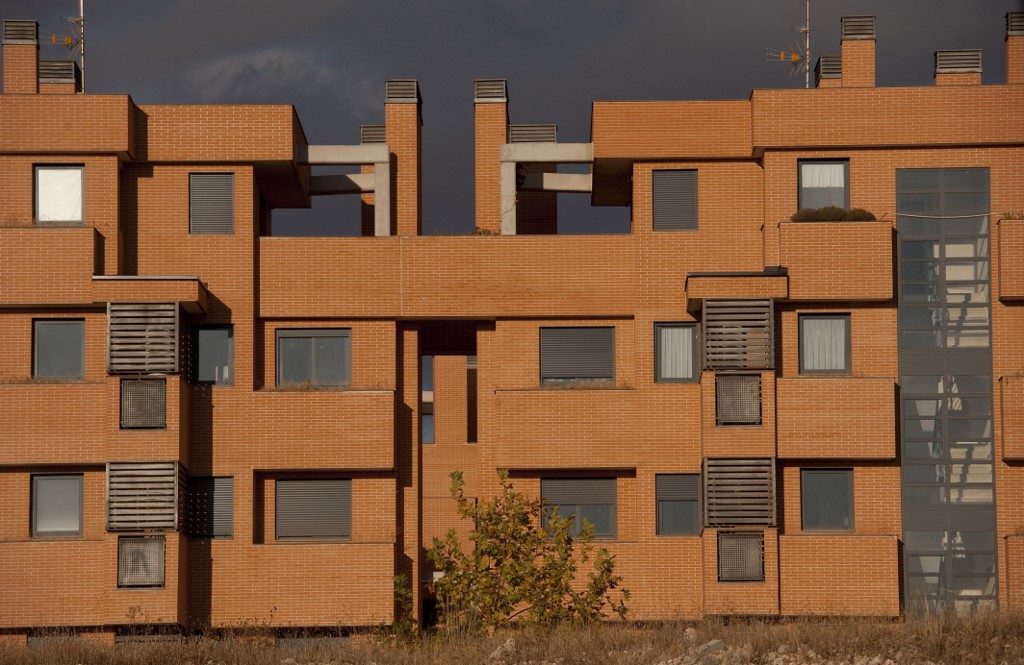 – If this isn’t an option, installing extra security measures is probably your best bet. There are plenty of security companies in Spain offering everything from reinforced doors to 24-hour surveillance. Even phone and internet provider Movistar now offers security cameras as an add-on to their deals.

– If you’re looking to buy a home in Spain soon which you won’t be living in permanently, consider choosing one in a complex with security guards as an extra precaution from squatters and, of course, burglars.