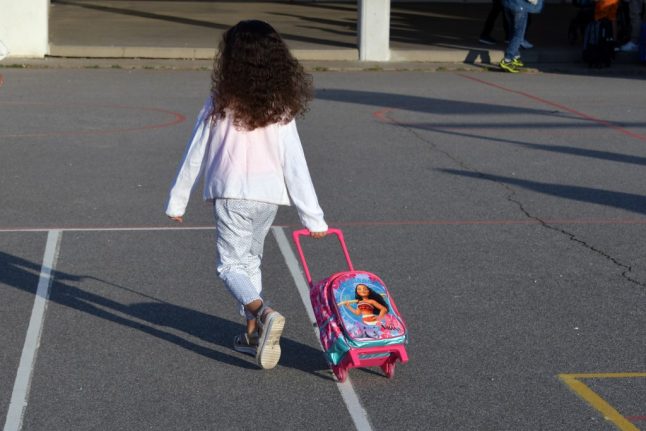 La rentrée simply means the re-entry or the return buts its arrival heralds a shift in the winds in France every September, here’s why.

If you spent much time in French cities in August you will have noticed that they were pretty empty – many of the smaller independent shops close up and if you email anyone about a work-related or official matter you’re likely to get an auto-reply informing you that they are out of the office until September.

It’s been less marked this year because of the health crisis, but politicians normally take a few weeks off and parliament doesn’t sit during August.

READ ALSO Provence, Corsica, Brittany – where the French government is holidaying this year

President Emmanuel Macron spent several weeks at Brégançon, the Riviera property that the French state provides so that presidents can take summer holidays by the sea (although he did chair some meeting via video conference while he was down there).

And because the long August holiday is such an embedded tradition in French life, the return in September is a big deal.

Here are some of the things that la rentrée means and why it defies an easy translation into English;

La rentrée scolaire is when schools begin again for the new academic year. There is a tradition that this can only happen so September, and this year schools go back on Thursday, September 2nd.

A side-effect of la rentrée scolaire is the appearance in shops of huge collections of stationery as stressed-out parents head out to buy the dozens of items on the official lists that schools send out, all of which are deemed essential to educational life.

10 sticks of glue…3 boxes of tissues…2 pencil cases…a shoebox. France set for consumer spending boost as parents rush to get the stationary needed for primary schools kids. This is why French supermarkets have huge stationary aisles…#larentree pic.twitter.com/jHZ0K60rA4

Of course key workers continue to work throughout the summer but many offices close completely for some or all of August as it’s not at all uncommon to receive out-of-office replies simply telling you that the person will be back in September and will deal with your query then.

Many smaller independent businesses including boulangeries, florists, pharmacies, clothes shops and bars also close for some or all of August as their staff and owners enjoy a break.

If you work in an office, the first few days after la rentrée is often a time for chatting to colleagues, hearing other people’s holiday stories and generally easing yourself back into work gently so it’s not too much of a shock to the system.

The French parliament takes a break over the summer and resumes sessions in September and ministers too generally take a few weeks off.

This summer has been slightly different because of the ongoing health crisis, and there have been several meetings of the Defence Committee – one chaired remotely by Macron from his holiday home.

Generally September sees governments prepare to present new legislation or reforms, so expect a rash of new policy announcements in the next few days.

There is also a phenomenon known as la rentrée litteraire, which is when hundreds of new books are published in the busiest part of the literary year

This is partly related to people coming back to work, but is also linked to the fact that many of France’s major literary prizes – including the Prix Goncourt, the Prix Renaudot, and the Grand Prix du roman de l’Académie française – are held in October and November. Publishers therefore release books that they believe have a chance at a prize in late August or September in the hope that they will be fresh in the judges’ minds.

As people head back to work and temperatures begin to cool, many of the summer activities and facilities close down too, from small town festivals and open-air cinemas to the Paris plages urban beaches that are dismantled in the last weekend of August.

With most of France heading home from its holidays at the same time, the final weekend in August is usually the subject of dire warnings about traffic jams, so if you have the option it’s better to avoid being in the car this weekend.