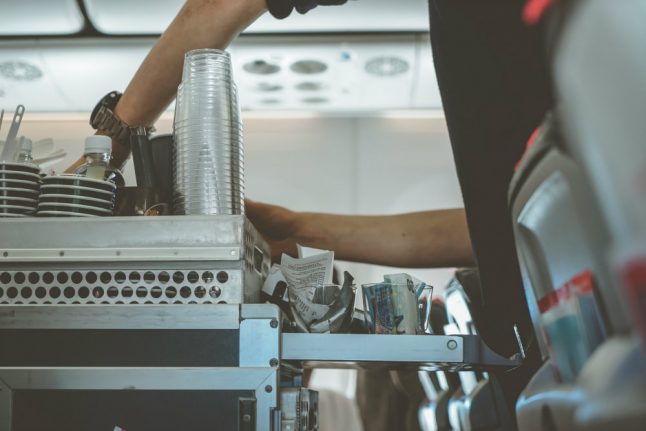 Photo: Free To Use Sounds on Unsplash

Norway's gross domestic product (GDP) – one of the main indicators of the health of the national economy – fell by 6.3 percent in the second quarter of 2020.

Statistics Norway reported growth of -6.3 percent in the second quarter, by far the biggest drop ever measured by the agency for such a period.

Economic activity was 6 percent lower in June than in February, contributing to the hammer blow to the country’s economy, the agency said.

The report nevertheless contained some cause for optimism, with growth of 3.7 percent in GDP for mainland Norway for the month of June.

The introduction of wide-ranging societal lockdown on March 12th is cited by Statistics Norway as the cause of a “sharp fall” in economic activity in the country throughout the spring.

Mainland Norway’s GDP fell by 7.3 percent in March and then by a further 4.1 percent in April. The service industry was particularly hard hit by the downturn.

May and June saw significantly increased activity following the gradual reopening of most of society. Season-adjusted figures show GDP growing by 2.2 percent in May and 3.7 percent in June.

“The largest contribution to growth in June came from health and social care services. This is primarily due to activity at hospitals returning to normal levels,” Statistics Norway’s head of department for national economy Pål Sletten said in comments published by the agency.

Business services, hospitality, culture, entertainment and other services, transport and international maritime transport also contributed to growth towards the end of the second quarter.

The preliminary figures carry a larger element of uncertainty that under normal circumstances, Sletten said.

“We have had to use new data sources to assess completely unusual disruption to the Norwegian economy. The figures may be revised once we have a better data basis,” he said.

Quarterly GDP figures have been recorded since 1978. The previous largest-recorded quarterly downturn was in Q4 in 2008, during the Global Financial Crisis, when Norway’s GDP shrank by 2.3 percent.

That is now the second-largest recorded downturn, with the third-largest also having taken place in 2020, during Q1.

“After the dramatic downturn in activity in March and April, mainland economy in June was under halfway back from the lowest point. Thereby, the second quarter was almost three times as bad as the worst quarter during the (2008) financial crisis,” Sletten said.

The trend in Norway is comparable to that in other Nordic countries, he noted.

“There are some differences as to whether the downturn came in the first or second quarter of 2020, but the overall downturn since the fourth quarter of 2019 is of the same magnitude in Norway, Sweden and Denmark,” he said.

Denmark's GDP fell by 7.4 percent in the second quarter of 2020 compared with the first quarter, while Sweden’s fell by 8.6 percent.

Eurostat published at the end of last month its latest available flash estimates of GDP growth in EU countries: