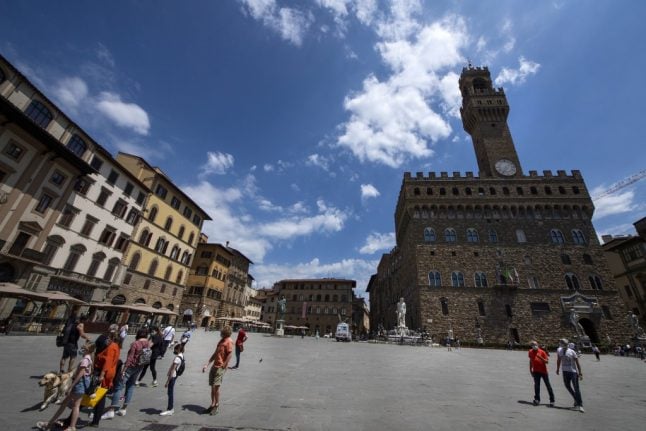 Tourists are returning to Tuscany after lockdown, but some local hotel staff are sounding the alarm over health risks. Photo: AFP
It's no secret that many people in Italy depend heavily on tourism for their livelihoods. The sector accounts for 13 percent of the country's economic output and  15 percent of all jobs in Italy, employing about 4.2 million people.
The sector was hit hard by Italy's lockdown due to the coronavirus crisis, with the economic impact felt most keenly by those living in tourist hotspots like Tuscany.
Gealth officials say restarting travel this summer was essential to avoid furter damage to the economy. And while this was no doubt welcome news for business owners, some of those working in the industry say that the repening means that, not only are their jobs no less insecure, but their health is now also being put at risk.
READ ALSO: Will Italy's tourism businesses ever fully recover from the coronavirus shutdown?
One employee at a popular hotel near Florence told The Local of her frustration as she says management and most guests are not taking adequate health precautions.
“I work on the front desk of a popular four star hotel in one of Italy’s main tourist destinations,” says Laura (not her real name), speaking on condition of anonymity. “We are protected from the guests by shoulder-high plexiglass, which conveniently leaves our heads and faces exposed.”
“Of course, we wear face masks, but the tourists for the most part do not,” she says. “Perhaps five percent of them actually enter the hotel with a mask on. When we kindly ask the other 95 percent to put the mask on, there is a moment of begrudging acquiescence.”
In normal years the hotel, in the countryside just south of Florence, would usually have a clientele that is 70 percent American, with the remaining guests coming from Italy or elsewhere in Europe, most of them via agencies. While tourism from the US is still not allowed, the hotel has still been booked at 80 percent capacity during August, after a slow restart in July.
“The owner of the hotel likes to meet all of the guests and ask them what they do for a living. Of course, he never wears a mask,” she says.
“A couple of times a few of us working at the hotel have asked him to put a mask on, out of respect for the people working in the hotel and the guests. This request has been met with mockery, notably him reappearing with the mask over his eyes saying ‘Like this, va bene?’”
“The owners are always present and their lack of experience in the hospitality business and their disregard for the people that work for them create a stressful situation at the best of times.”
“Once the guests have checked in we can be pretty sure that that will be the last time we’ll see the mask. If the owner and his wife are walking around without them, why shouldn’t they?”
“It seems that they think if one is on holiday, then Covid must be taking a break too.”
READ ALSO: What rules will you need to follow if you're visiting Italy this summer?
After Italy's strict lockdown, now only a few simple guidelines have to be respected by guests: namely wearing a mask, frequently sanitizing and washing hands, and keeping a safe distance from others.
In hotels and other businesses such as restaurants, masks must be worn by all customers and staff in enclosed public spaces. This rule was tightened up on Sunday, and masks must now also be worn outdoors in the evenings in any area where social distancing is not realistically possible.
With few reports so far this summer of new cases detected at Italian hotels, it seems likely that the majority of business owners are being more careful. Guests at some Italian hotels have described feeling “very safe”, while some accommodation owners have decided not to open at all this year as a precaution.
But at the estimated 80 percent of Italian hotels which have reopened this summer, anyone flouting the rules (including guests) risks being fined and the business could even be shut down if police check the premises and find non-compliance.
READ ALSO: Sardinian hotel with hundreds of guests locked down over Covid case
Laura says her hotel’s management had intended to reopen with only 70 percent of rooms occupied, but even this precaution “was quickly ditched after a slow start to this mini-season.”
“The hotel is now at full capacity, and tourists are crammed into the terrace restaurant of an evening.”
Due to the crisis, “personnel has been pretty much halved this year, meaning the remaining staff are working double to cover everything that needs to be done,” she says. “Same wages though.”
READ ALSO: 'Italy should be wary of tourists, not vice versa': Readers' verdicts on visiting Italy this summer Many parts of the famously beautiful Italian region of Tuscany rely heavily on tourism for income. File photo: AFP
Though she is left questioning whether her job is worth the risk, Laura, who is not orignally from Italy, has worked in hospitality in her area for 30 years and says she's now left with few other options.
“Do I call the carabinieri (police) to tell the owners to wear their masks and set an example for the guests? Do I stop working when my contract runs out at the end of August, and hope that I win the lottery, given my chances of re-employment at my age will be practically none?”
Being on temporary contracts, she says, “if we had opted to not work this year we would have been replaced by new workers.”
“Those new workers would then be taken on for the following season,” she explains. “If we wanted to ensure that the jobs we have been doing for four, 15 or even 30 years were available to us next year then we had to accept whatever conditions were offered and live with all of the risks that working with the public incur; as the owner said “If they are hungry enough they will work”.”
On top of this, she says “like the majority of people working in tourism we were denied the famous Bonus 600 offered by the state because of the type of contract our hotel gives us.”
Seasonal tourism contracts in Italy can either be fixed-term (tempo determinato) or seasonal (stagionale). Seasonal contracts are more flexible and tend to be used in larger businesses that are open year-round when more staff are required in certain periods.
“In smaller structures such as ours that open for only six months of the year, the work force is in place from the start of the season and we have fixed-term contracts for six months and then a six-month gap,” she explains. “The state unemployment payments cover half of this 6 month gap leaving the other half to be covered by off-the-books work.”
The bonus 600 payments for workers in tourism applied only to those with stagionale contracts, she explains. “However, in the ‘Cura Italia’ decree the wording has been amended to include intermittent workers. We have yet to see if any money is forthcoming.”
Despite having worked in the industry for decades, Laura says tourism should not have been allowed to restart this year.
“If the hotel had remained closed this year we would have not worked officially, but we would have at least known that we had jobs the following year – presuming that the health emergency had passed,” she says.
What have your experiences been of tourism in Italy this summer – either as a guest or as a worker in the industry? If you'd like to tell The Local your thoughts on this please email the editor here. 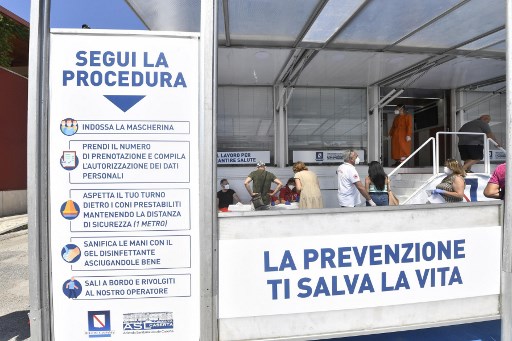 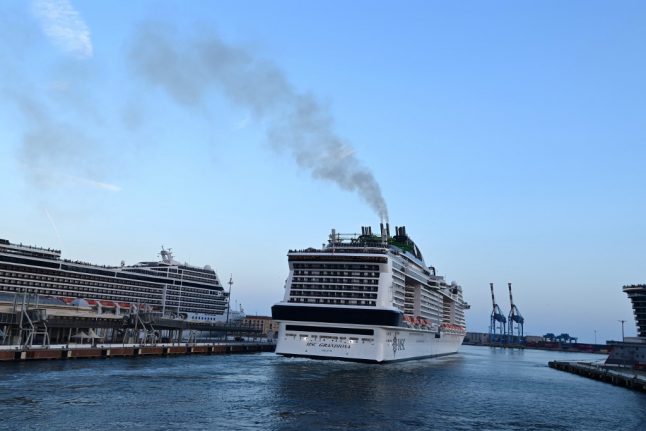