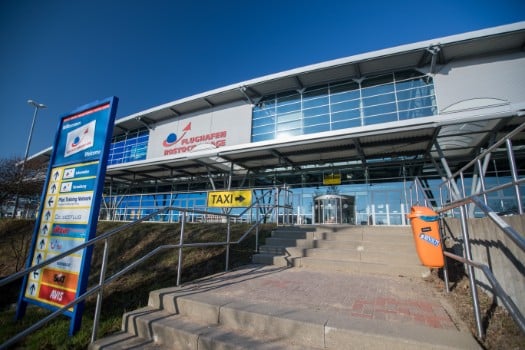 Rostock-Laage airport, where passenger numbers have been dropping. Photo: DPA

Most of us have probably never heard of them, but Kassel-Calden, Rostock-Laage and Niederrhein-Weeze are all airports you can fly from in Germany.

The problem is, hardly anybody ever uses them. Only three planes took off from Kassel-Calden on Wednesday morning. No commercial flights are taking off from Rostock-Laage for the next two days.

These are just some of the 14 regional airports that were analysed by the environmental organisation BUND. Each of the airports serves between 300,000 and 2 million passengers annually.

The report found that seven of the airports were of no use in terms of connecting local populations to hub airports and should be closed immediately.

An analysis of the flight plans of the airports found that they rarely connected to hubs, instead flying to holiday destinations in Egypt, Spain and other warmer destinations.

All but two of the airports should be closed down in the medium term, the report concluded.

It also found that the airports had been propped up with €200 million in subsidies over the past four years.

“We are demanding a stop for all subsidies and tax rebates for regional airports in Germany and the EU,” said BUND chairman Olaf Bandt.

BUND proposed instead that Germany reduce its number of airports to just eight large hub airports, all of which would be connected to the national rail network with high speed connections.

The proposal would see Lufthansa and Deutsche Bahn, both at least partially owned by the state, working together on creating an efficient network of rail and air connections.

The Association of German Airports, ADV, rejected the report's findings, saying that regional airports contribute to local economies while providing ways for migrant populations to travel home in the summer.

The financing of regional airports in Germany is in line with European law and the objectives of the EU White Paper 'Roadmap to a Single European Sky European transport area'”, the ADV said.