We asked The Local’s American readers about the process of voting by absentee ballot. Many told us it’s easy once you try – and some have been voting from abroad for decades. Others remarked on differences between state rules or response times.

One thing is clear: the earlier you request and return your ballot, the better. Here, in partnership with the Federal Voting Assistance Program (FVAP), we look at six reasons to get your absentee ballot as early as possible if you want to make your voice heard.

One vote in only two steps

Step one: You register to vote and request your absentee ballot using one form: the Federal Post Card Application (FPCA). Once, you’ve done that, send it to your election office as soon as possible. Using the FPCA, ensures your state will send you your ballot at least 45 days before the election – a protection not guaranteed with other forms.

Step two: make your voting choice and send back your ballot. You’re advised to do this as soon as you receive the ballot – which should be by early October. The recommended vote-by-date from abroad – to allow for any mail delays – is October 13. But why leave it to the last minute?

Be an early bird with email

From the ‘Sunshine State’ of Florida to the Arctic chill of Alaska, every state allows you to receive your absentee ballot by email – just choose this option when filling out the FPCA. Your state may also allow you to email your FPCA to them – you can find that out right after filling it out. It’s also worth checking the options in your state to see if you can return your ballot electronically.

Mike August voted absentee for California in 2016 while living in Paris. “It went pretty smoothly,” he said. “We chose the emailed ballot option to avoid mail delays; we got confirmation of receipt soon thereafter.”

If you plan to mail your ballot this year, FVAP recommends contacting your local post office about possible delivery delays due to Covid-19 (more information can be found here and updates from the United States Postal Service on international disruptions here).

Americans can be found in all parts of the world. But as a US citizen, you can request your ballot be sent anywhere – so your location is no excuse not to vote!

Canada has the most eligible US voters abroad with more than 600,000 in 2016. In Europe, the UK has the most, followed by France, Germany and Italy (you can scroll over and zoom in on the map below for more details). After sending in your ballot, you can check its status at FVAP.gov to see when your election office receives it.

Sarah Mullin, who lives in Rennes in northwest France, told us she has voted by absentee ballot for over 20 years from South Africa, Canada and now France – all “with no problems whatsoever”.

Are you an American abroad? Start filling out your FPCA now – and choose to receive your ballot by email

Find form-filling tiresome or confusing? Don’t worry. There's no need to put it off. On FVAP.gov, you can use an online assistant to help you fill out the FPCA – and have you ready to sign it and send it off in no time.

All the information you need on where and how to send in your form by mail, email or fax – depending on what your state allows – will be provided.

Not sure about your voting residence (the US state or territory where you register to vote)? Don't let that slow you down either. It’s likely to be your legal residence in the US or the US address where you last resided.

You can find further information on working out your voting residence here. In future, it’s best to send in a new FPCA every January – and whenever you move home.

There’s even a back-up ballot …

One final reason to request your ballot early is so you'll know where you stand and whether you may need to use a back-up. If you've already requested your ballot but haven’t received it, you can contact your election office for information about your ballot’s status. Even if you don’t receive it in time to meet your state’s deadline, you can still vote.

Just use a FWAB! That’s a Federal Write-In Absentee Ballot. A few states may even allow you to use a FWAB even if you hadn’t already requested a regular ballot.

If you are an American abroad, you can request your absentee ballot via email on FVAP.gov now and find out everything you need to know about voting 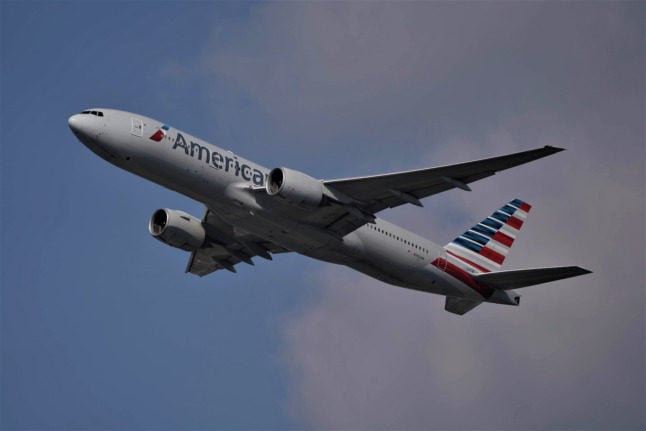