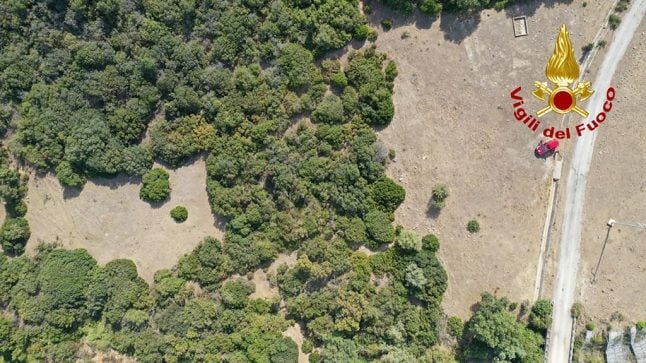 Viviani Parisi, a 43-year old DJ, was last seen on the morning of August 3rd, climbing over a motorway barrier in Sicily after a minor road collision.

Her body was found five days later in a nearby forest close to the town of Caronia, lying at the foot of a high-voltage pylon.

A photograph of the musician with her wide smile, hugging Gioele, illustrates the media's daily updates on the case.

Prosecutor Angelo Cavallo, who heads up the investigation, has said his team have been unable yet to rule out accidental death, suicide or murder.

If it was an accident – perhaps a fall from the pylon – police say the boy may have wandered off and got lost. If Parisi was murdered, perhaps he was snatched.

According to the pathologist, Parisi likely died where her body was found. Her corpse bore no visible wounds – though one arm was broken in several places – and the state of decomposition made it impossible to determine whether she was strangled.

Viviana and Gioele disappeared after the DJ told her husband she was going to Messina to buy shoes. She was not spotted shopping, but her grey Opel Corsa was photographed on a slip road entering the motorway.

It was not possible to establish from the blurred images whether Gioele was alive in the back, Italian media said.

Gioele's father, Daniele Mondelo, told the Corriere della Sera daily his wife had been suffering from depression, which was aggravated by the coronavirus lockdown. But friends insisted to journalists that she would not harm a fly.

“These 58 pieces represent thousands of years of rich history, yet traffickers throughout Italy utilized looters to steal these items and to line their own pockets,” said Manhattan District Attorney Alvin Bragg, noting that it was the third such repatriation in nine months.

“For far too long, they have sat in museums, homes, and galleries that had no rightful claim to their ownership,” he said at a ceremony attended by Italian diplomats and law enforcement officials.

The stolen items had been sold to Michael Steinhardt, one of the world’s leading collectors of ancient art, the DA’s office said, adding that he had been slapped with a “first-of-its-kind lifetime ban on acquiring antiquities.”

Among the recovered treasures, which in some cases were sold to “unwitting collectors and museums,” were a marble head of the Greek goddess Athena from 200 B.C.E. and a drinking cup dating back to 470 B.C.E, officials said.

The pieces were stolen at the behest of four men who “all led highly lucrative criminal enterprises – often in competition with one another – where they would use local looters to raid archaeological sites throughout Italy, many of which were insufficiently guarded,” the DA’s office said.

One of them, Pasquale Camera, was “a regional crime boss who organized thefts from museums and churches as early as the 1960s. He then began purchasing stolen artifacts from local looters and sold them to antiquities dealers,” it added.

It said that this year alone, the DA’s office has “returned nearly 300 antiquities valued at over $66 million to 12 countries.”