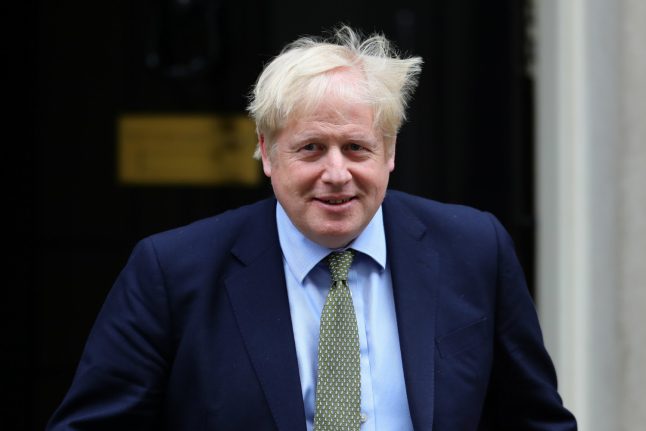 Expressing deep disappointment over deadlocked negotiations on Britain's future relationship with the bloc, Michael Roth also voiced astonishment that London also “does not appear to have any increased interest in discussing foreign and security issues” with the EU.

Roth said he was “disappointed that London is shifting further and further away from the political declaration agreed between us as a reliable basis for negotiations.

“I would like those responsible in London to be more realistic and pragmatic,” he said, adding that “the Brits” are especially known for their pragmatism.

Britain followed through on the results of a deeply divisive 2016 referendum and left the EU after almost half a century of integration on January 31st.

It remains bound by the bloc's rules until December 31st pending the outcome of negotiations about its future relationship with its largest trading partner.

But with the pandemic wreaking havoc on the timetable, fears are growing that time is running out fast to secure an agreement that could prevent a messy exit.

London has ruled out extending the transition beyond December 31st even though chief negotiators have warned that an agreement lies out of reach because of a fundamental gap in major areas such as fishing rights and fair
competition rules.

As Germany took over the presidency of the EU on July 1st, Chancellor Angela Merkel pointedly said the bloc must prepare for the possibility that talks could fail.

READ ALSO: What does Brexit mean for my rights as a Brit living in Germany?

'We need two to tango'

Even on the issue of security policies – where both sides had pledged to maintain close cooperation, London is blowing cold at a time when allies were more necessary than ever, Roth said. “In the geopolitically uncomfortable post-corona world, good and trustworthy partners are all the more important,” he said.

“Close cooperation in this area is in both sides' interests. But it is clear that we need two to tango… At the moment, we're dancing while standing still.”

To the EU's dismay, London had signalled that an “institutionalised relationship” regarding security was not necessary after Brexit given Britain's engagement in the trans-atlantic alliance NATO.

Germany has listed Brexit negotiations as one of its main priorities during its presidency of the EU.

How to revive the bloc's economy after the huge devastation from the coronavirus pandemic is also a key concern.

Roth noted that more than ever, Germany is counting on backing from France, with the French-German powerhouse recently reinvigorated with a joint initiative by Merkel and French President Emmanuel Macron to kickstart the
EU's economy.

READ ALSO: 'No big bang but things will change down the line': How Brexit will affect Brits in Germany

The initiative had been the basis of the huge €750 billion ($884 billion) recovery plan approved by the bloc in July and marked a huge U-turn on the part of Merkel as it is underwritten by joint borrowing – until now a taboo in Europe's top economy.

“The Franco-German engine was always running, even if admittedly it sometimes stuttered a little.

“But for Europe to emerge from the crisis stronger… it is now important that we keep the well-oiled engine running at full speed and take the other Europeans with us on an equal footing.”