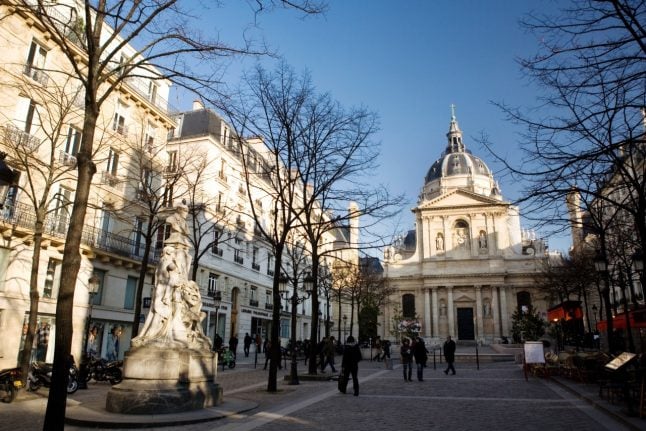 Many thousands of students will be starting new courses in September. Photo: AFP

It's clear the disruption caused by coronavirus isn't about to end anytime soon, and for those who'd planned to come to France in September in order to benefit from the top-quality (and relatively affordable) universities here, things may feel somewhat up in the air.

There are usually more than 300,000 foreign students in France, making it one of the most popular higher education destinations in the world.

Here's what you need to know. Yes. Although restrictions on entering the EU are still in effect currently for some countries – including the USA – students are one of a number of exemptions to the travel ban published by the European Commission.

The exemption covers third country nationals (ie non EU citizens) beginning full-time studies in the EU in the 2020/21 academic year in order to obtain a higher education qualification, or to start a preparatory course prior to those studies.

You will need to apply for a France long-stay student visa as usual, or the Schengen study visa if your course is due to last three months or less.

In addition to the EU's exemption, France's foreign minister has also made it clear that foreign students will still be allowed to travel to France.

Jean-Yves Le Drian said: “In view of the stakes involved in making universities attractive, international students will be allowed to come to France, regardless of their country of origin, and the arrangements for their reception will be facilitated. Their applications for visas and residence permits will be given priority.”

Travel from Europe is not restricted, so European students can travel to France as normal.

Although the UK has now left the EU, British citizens are still being treated effectively the same as EU citizens until the end of the Brexit transition period – December 31st, 2020. This means that British students who start a course in September will be counted as residents in France by December, and will therefore be covered by the Withdrawal Agreement which allows them to stay.

How will studying be different?

French Higher Education Minister Frédérique Vidal has admitted that studying in pandemic times, just like so much of daily life, might be a little more complex.

French universities closed down at the start of the lockdown and moved all their teaching online, and the majority kept up online learning until the end of the academic year.

While the aim is to restart in-person lessons in September, the minister said that universities will also need to utilise so-called digital learning spaces in order to carry on teaching while respecting social distancing measures.

“The idea to offer the maximum number of courses in this way in order to provide educational continuity in the event certain establishments are forced to go back into lockdown,” she told Le Parisien.

The French government is making preparations for a possible 'second wave' of cases in the autumn, which includes bringing in local lockdown in areas that have a large number of cases.

Securing a place to live ahead of your studies can be tricky at the best of times, and the fact you need to provide proof of accommodation as part of your student visa process adds another layer of stress.

Student halls of residence are few and far between so a lot of people end up in private rental market.

Many students living in France are eligible for financial aid for housing depending on your circumstances, which could come in particularly useful during the period of financial hardship prompted by the pandemic. The French government also awards a certain amount of money every year to foreign students, so it's worth finding out what you're entitled to.

The French government has provided a guide for foreign students seeking accommodation, which includes more information on financial aid, which can be found here.

PARTNER CONTENT
How this union supports and serves academics in Sweden